Another wave of COVID-19, complete with new and more contagious variant strands, has once again pushed many countries into lockdowns aimed at containing the spread of the virus and reducing the load on the healthcare system. Though necessary for public health, these measures come with great costs and consequences; as in the first great lockdown, they are stress-testing the socio-economic structure, especially small businesses in retails and services and indigent households.

This time around, however, the support for these measures is less generalized. While during the first wave, political approval rates closely mirrored governments’ capacity to contain the diffusion of contagion, the protraction of economic difficulties and a growing intolerance towards prevention measures, or pandemic fatigue, are now fueling a lively debate on a possible trade-off between public health and the economy.

In the UK, Boris Johnson recently suffered the biggest Commons revolt since his election as a total of fifty-five Tory Members of Parliament voted against the government decision to introduce a tougher lockdown tiered system. The Swiss Finance Minister Ueli Maurer claimed that a new lockdown would risk sacrificing the economy and public finances on the altar of health. And in the United States, general support for masking and social distancing measures are frequently undermined by politicians and leaders who rail against them, leading to protests and further viral spread. Unemployment continues to surge.

But does such a trade-off really exist? Have countries with lower death rates experienced also larger economic downturns?

To answer these questions, we can look at how the health and economic impact of COVID-19 compare in different countries. Figure 1 below plots Real Gross Domestic Product (percentage change) projection for 25 advanced economies, as given by the latest IMF growth projections, against their respective excess mortality rates.

In epidemiology, excess mortality refers to the number of deaths during a crisis above and beyond what we would have expected to see under normal conditions (i.e. above the annual average of those who die of old age or from normal pathologies). It is a more comprehensive measure of the total impact of the pandemic than the confirmed COVID-19 death count alone. In addition to confirmed deaths, in fact, excess mortality captures COVID-19 deaths that were not correctly diagnosed as well as deaths from other causes that are attributable to the overall crisis conditions (e.g. the lower availability of medical-health personnel for diseases other than COVID-19).

The data show how the trade-off hypothesis is simply not borne out by the facts. Indeed, the figures suggest quite the opposite: countries that have managed to protect their population’s health in the pandemic, such as Austria, Denmark, or Norway, have generally managed to protect their economies too. And the reverse is also true: UK and Italy, the countries that have experienced the largest increases in mortality, were also the ones likely to suffer the most severe downturns by the end of the year.

Figure 1 also uncovers an interesting regularity. All the Southern European economies are placed below the regression line, the one that minimizes the distance, on the vertical axis, from all points of the diagram. This means that countries on the Mediterranean shores pay a relatively higher economic price for containing mortality (i.e. any given level of excess mortality is associated with a more severe economic downturn as compared to countries above the line).

Several reasons can help explain this phenomenon. One has to do with the economic structure: in Southern European countries, economies more dependent on service sector jobs may have been more harshly impacted by repeated lockdowns. This is true especially for travel and tourism that accounts for 10 to 20 percent of the GDP in Southern Europe (while to just 5 to 10 percent in Northern Europe).

Specific cultural traits can partly explain why similar containment measures might have dissimilar effects. In more individual-minded countries, where public interventions by government are rarer and far less tolerated, for example, it is reasonable to expect that the population will be more reluctant to comply with measures that entail serious limitations on personal freedoms.

Finally, to tackle the consequences of the pandemic, all countries have adopted exceptional fiscal measures. These generally rely on debt issuance to finance health expenses and programs to support workers and firms (e.g. temporary unemployment benefits and bank loan guarantees). The magnitude of these programs, however, differs notably across countries, with less financially stable economies enjoying significantly less room for relief.

The size of the economic rescue package goes a long way also explaining the comparative stability in the United States. Despite an excess mortality rate among the highest in the world, the country managed to contain the economic costs associated with the recession (it is in fact located above the regression line Figure 1). The massive $2 trillion stimulus package deployed right after the outbreak to ease the economic impact of the pandemic along with the almost unlimited quantitative easing granted by the Federal Reserve to avoid a collapse of asset prices in domestic currency, limited the economic fallouts of the dramatic public health failure.

Piergiuseppe Fortunato is an economist at the United Nations Conference on Trade and Development (UNCTAD) where he leads projects on global value chains and economic integration. Neha Deopa is a final year PhD candidate at The Graduate Institute of International and Development Studies, Geneva. 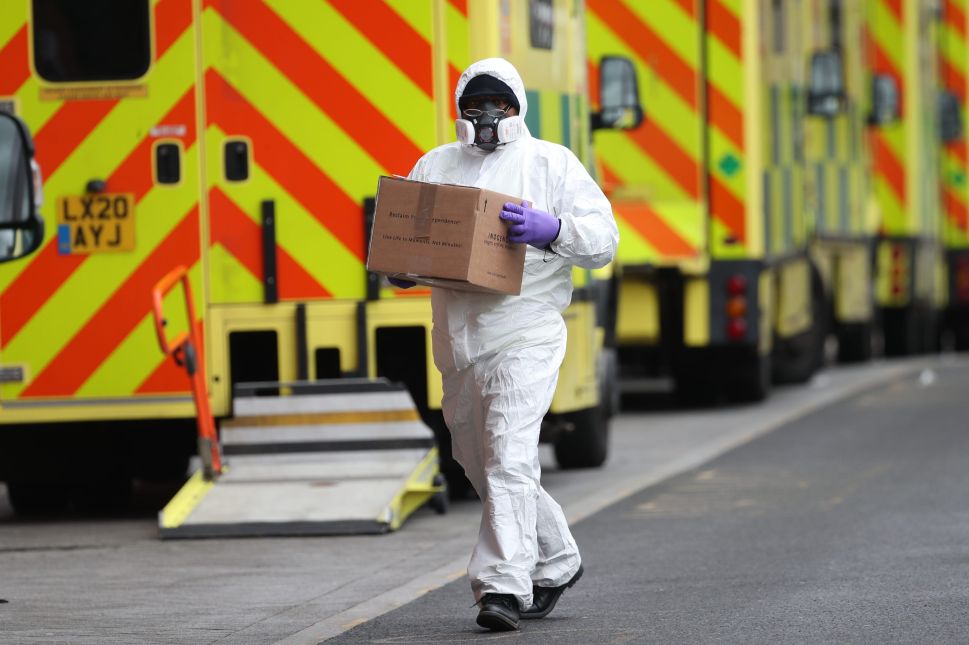