“I’ve just been watching the inauguration ceremony and weeping at the beauty of Amanda Gorman’s poem,” Ella Hunt says as she picks up the phone. “She’s extraordinary. I recently interacted with her because she wrote this beautiful end of 2020 piece and it moved me so much that I sent her a tweet. And then she sent me a message because she’s actually a fan of Dickinson. Now I can’t believe I sort of know this woman!”

It’s fitting that the British actress would connect with America’s poet at the 2021 Presidential Inauguration just as the second season of her Apple TV+ series Dickinson gains momentum. The show, which aired its first season last year to massive acclaim and a Peabody Award, celebrates the power of the written word in a way that feels both youthful and relatable, much like Gorman’s memorable rendition of  “The Hill We Climb.” Both are a reminder that poetry can, in fact, be cool.

“That’s the amazing thing about this show,” Hunt tells Observer. “As well as this young, predominately LGBTQ fanbase, it also has a really wonderful literary and nerdy side to its fandom. It’s just been delightful that people who are English literature nerds enjoy the show.”

Prior to being cast as Sue Gilbert, Emily Dickinson’s sister-in-law and best friend, on Dickinson, Hunt was primarily known for her work on British TV series Cold Feet and in the vastly underrated zombie musical Anna and the Apocalypse. The actress and musician didn’t grow up learning about Dickinson’s poetry the way we do in American schools, and she took the opportunity to learn about the poet’s life and work, including her relationship with Sue (in the series, that relationship is more sexual than it likely was in real life).

“She was not on my school syllabus and I didn’t have much of an awareness of her poetry,” Hunt says of Dickinson, who is played in the series by Hailee Steinfeld. “I’d heard her name and I had read [her poem] ‘Hope is the thing with feathers,’ but I didn’t know anything about her life. In a way, I’m really glad I was coming to the show completely fresh in terms of perceptions of Emily. I didn’t have this idea of her as this poet who never left her bedroom and was a recluse. All those things that would have blocked my enjoyment and exploration of her. Because, truly, that was only in the latter part of her life that she became more reclusive, and she did live a very full and vivacious life up until that point.”

Hunt also researched Sue herself, an orphan who transformed herself into a well-known literary hostess and who was one of Dickinson’s greatest champions. The actress looked not only at the real Sue Gilbert’s life, but also at the history of hosting through the ages, even considering contemporary figures like Kim Kardashian. The character undergoes a significant change in season two, evolving from a grief-stricken, destitute orphan into a glamorous society woman who may be slightly too cool for her own good.

“She goes through the most dramatic of transformations, which was really exciting for me to play,” Hunt explains. “The way I kept myself centered through playing this very fun transformation into this infamous hostess who has all of the best dresses and is behaving in a way we’ve never seen her behave before was to remind myself of the pain and trauma that she’s been through. Things are hard in season one and then with the miscarriage that happened before season two, and she gets to a point where she goes ‘I have to make a change.’ What has come before has been so painful and she needs to push that feeling down. She needs to distract herself with this world of elaborate parties and dresses and art and people. I think it leads to her trying to push Emily away because Emily is the epicenter of Sue’s emotional life, and she wants to push down anything that makes her feel deeply.”

Dickinson’s portrayal of Sue and Emily’s relationship has been one of the series’ strongest aspects since its very first episode. Creator Alena Smith has explored how the two best friends are drawn to each other in a way that goes beyond platonic friendship, even as Sue marries Emily’s brother Austin (Adrian Blake Enscoe).

The romantic pull — and the sexual tension — between them is undeniable, and many of the show’s fans are here for the intimate Sue/Emily scenes. The most recent episode of the show, “Split the Lark,” felt like a gift to these fans as the characters attend an opera and Emily imagines Sue onstage instead of the star, leading to a sweeping kiss between the pair in Emily’s head.

“The tension between them is so much fun to play, especially with Hailee,” Hunt notes. “There is such separation between them in this season, and we had to make sure we really laid the building blocks of their relationship in episode one. We went through the rest of the season with that tension and that yearning and that pain in a truthful way. One of my favorite parts of the show is that as well as exploring what is going on for them in reality we also get to really explore what is going on in Emily’s subconscious and dive into the surreal. Sue exists in multiple realms. She exists as Sue in real life, she exists as Sue in Emily’s poetry, and she also exists as the Sue in Emily’s imagination. Getting to play all of those different versions of her is so much fun.”

Hunt, an accomplished singer and musician who has released her own music, even got to sing the musical piece herself. She says of the scene, which was filmed at an opera house in New Jersey: “It was such a delight to get to sing in such an important moment on the show. I will forever be grateful to Alena for letting me stand on that beautiful stage in that gown crying and staring up into Emily’s eyes.”

For Hunt, Dickinson is compelling not just for the characters but for how the series deals with contemporary issues like sexism and racism through a historical lens. The whimsical episodes, which are filled with current music and lingo, look at real social and political issues in a way that allows us to reflect on how little has really changed in over a century.

“As viewers we are more and more craving programs where we can see ourselves within it,” Hunt says. “Alena has always been very clear with the cast that anything that doesn’t have a relevance to today shouldn’t be in our show. The show really is about finding the shocking parallels in 1850s New England and now. The closer we get to the Civil War, the more intense those parallels become with 2020 America. It’s great fun as an actor going on a quest like ‘OK, I’m playing this woman in 1850, but how do I find her within women of 2020?’”

Being part of a show like Dickinson has had an impact on Hunt’s career, although it’s hard to measure exactly how much since her work has been stalled thanks to the pandemic. She’s about to resume production on an indie film for Amazon Prime Video called Master and she’s at work on new music to follow her 2020 single “Magpie.” Most importantly, though, the actress confirms that Dickinson will shoot season three “in the very near future.”

“We do have a date for it,” Hunt says. “I couldn’t think of a better way to learn all of the new COVID shooting regulations with this Dickinson family. We all know and love each other at this point, so we’ll all vaguely know what’s going on underneath each other’s masks.”

Dickinson is available to stream on Apple TV+. 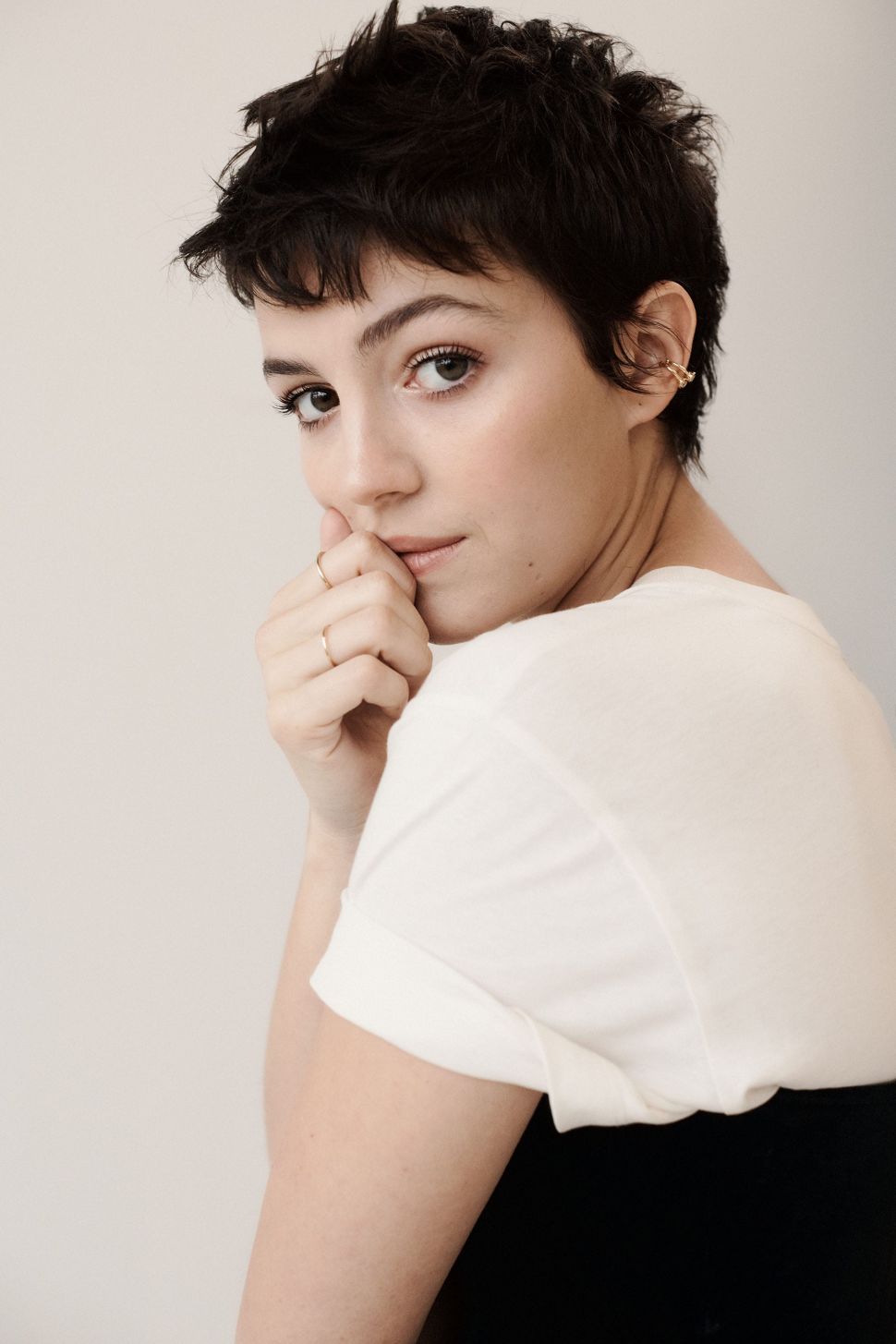