Human beings have sex, discuss sex, crave visual representations of sex and sometimes perform sexual acts professionally. Just as crucially, people produce and digest works of art in order to survive. This has always been the case, but for the past few decades, human beings have also used the internet; at first cautiously and sparingly, and then in a great, unceasing torrent. Arguably, in 2021, no one “uses” the internet: close to a year into a pandemic that’s stripped us of nearly all activity and confined many of us to our homes, the internet and digital communication have instead become the air we breathe.

As a result, several disasters are colliding in tandem. Sex workers, who’ve always been subjected to stigmatization and censorship, have recently absorbed harm from renewed efforts by Congress and tech platforms to scrub them from online platforms entirely. In 2018, the microblogging platform Tumblr banned all adult content, and Facebook and Instagram shortly followed suit. Shortly before the Tumblr crackdown happened, the House and Senate bills FOSTA and SESTA (which formed to one FOSTA/SESTA package), which were drafted to crack down on illegal online sex trafficking, also designated website publishers as responsible for any kind of “prostitution advertising” posted by third party users. FOSTA/SESTA did this by slashing away at parts of Section 230 immunities that then allowed for platforms to be held legally liable for what their users posted, in case these posts enabled trafficking. This legislative vagueness towards what enabled trafficking led to crackdowns on nude content, sexual expression, and the trading of sex online especially.

FOSTA/SESTA massively incentivizes big platforms to block individuals reflexively, without bothering to comb through the nuances in their content. On the internet, consensual sex work and illegal sex trafficking are often violently misunderstood to be one and the same.

In December of 2020, Instagram released new terms of service that directed account holders not to post “content that is implicitly or indirectly offering or asking for sexual solicitation.” Qualities that could make such content definitively inappropriate for Instagram or Facebook include “mentions or depictions of sexual activity (including hand drawn, digital, or real world art) such as: sexual roles, sex positions, fetish scenarios, state of arousal, act of sexual intercourse or activity.”

Amidst these new restrictions, anyone posting explicit content on one of these major social media sites could find their accounts being unceremoniously suspended or deleted. Deplatforming continues to impact sex workers and now artists face greater struggle to create art that follows Terms of Service and Community Guidelines, any nuances between these disciplines eroding under the harsh punishment of blanket crackdowns.

Rachel Rabbit White is a poet, columnist and the author of Porn Carnival, a debut collection of hedonistic, unsparingly frank poetry that made a splash when it was published in 2019. White often weaves her experiences in sex work through her written and visual art, and more than once, she’s had her social media accounts deleted without warning. “In sex work circles, word was going around that Instagram was going to do a ‘purge day’ on December 20th when their new Terms of Service hit — accounts whose content didn’t comply with the new extremely vague terms would be deleted,” White told Observer in an interview. That weekend, White and a few friends went about feverishly deleting potentially suggestive old posts from their Instagram feeds, but on “purge day,” White found her efforts had been in vain: her account had vanished anyway.

“Being deplatformed is terrifying for anyone, but being deplatformed from the account you rely on for your income is truly evil,” White said. “Since SESTA/FOSTA, sex workers have just been living in a constant state of anxiety, not knowing if they’ll get kicked off advertising sites, off their social media accounts. You don’t know what day your entire world will be turned upside down, but you know that it feels inevitable.”

It was the second time White’s Instagram had been deleted. The first time, she said, she’d posted black-and-white photos from a 1980’s lesbian erotica journal while reporting a 2019 article for Garage magazine entitled “You Can’t Erase Us.” In both instances, White was eventually able to get her account restored with the aid of journalists and peers, but she doesn’t know what exactly triggered the most recent deletion. “I do know that when I tried to promote a post (for my book of poetry and a perfume my friend Marissa Zappas made for the book), Instagram didn’t allow it for ‘excessive cleavage’ — even though I’m literally wearing a ballgown,” White said.

The possibility that promotional content for her poetry might have triggered White’s account being deleted is aptly illustrative of the fact that as sex and sexuality is slowly bled from all corners of the “respectable” internet, as evidenced by ongoing efforts to deprive sex workers of online platforms, art will continue to suffer from increased regulation as well. At present, artists who create art of a sexual or graphic nature are already being forced to adapt their works to fit ever-more-conservative major platform standards, or else risk seeing their accounts vanish.

Plus, evidence of a worldwide resurgence of artistic conservatism and censorship abounds. In Cuba, several artists were detained and put under a surveillance order in 2020, allegedly for participating in a protest outside the Ministry of Culture. In Nigeria, the composer Yahaya Sharif-Aminu was sentenced to death last September for making blasphemy statements about the Prophet Muhammed in a song which circulated online. Members of far-right parties across the globe are throwing their efforts into getting feminist murals taken down; and meanwhile, ambient, largely innoffensive Netflix content is racking up huge viewership numbers, which signals that the general public may currently rather be soothed than challenged.

The threat of long-term damage that could be inflicted by the flattening of everyone’s creativity is extremely real. History has shown that without vigorous archival efforts and aggressive claims to independence, entire artistic movements are at risk of receding into the void of the forgotten. Every brilliant artist without a true outlet is a waste that could have been prevented. Additionally, ambient cultural conservatism also leads to self-censorship. Artists who are deeply familiarized with the kinds of backlash they could get are more likely to tone down what they produce, which leads to worse art. Additionally, if an artist is permanently deplatformed, they’re less likely to be represented by galleries or allowed into the “traditional” art world if there’s no proof they already have an audience.

It’s clear that the deplatforming that sex workers are subjected to directly effects artists and the work they can produce. If the pervasive, systemic whorephobia that continues to constantly harm individuals is to be dismantled, sex workers must be seen as human beings worthy of respect, autonomy, privacy and community on levels both legislative and interpersonal. In other words, decriminalization must be pursued. Without these moves, art will almost certainly continue to whither into a shell of its former self; unable to be processed or digested without being sanded down or filtered by any number of invisible, sinister corporate interests. As White puts it, “first they come for sex workers, then they come for everyone.” 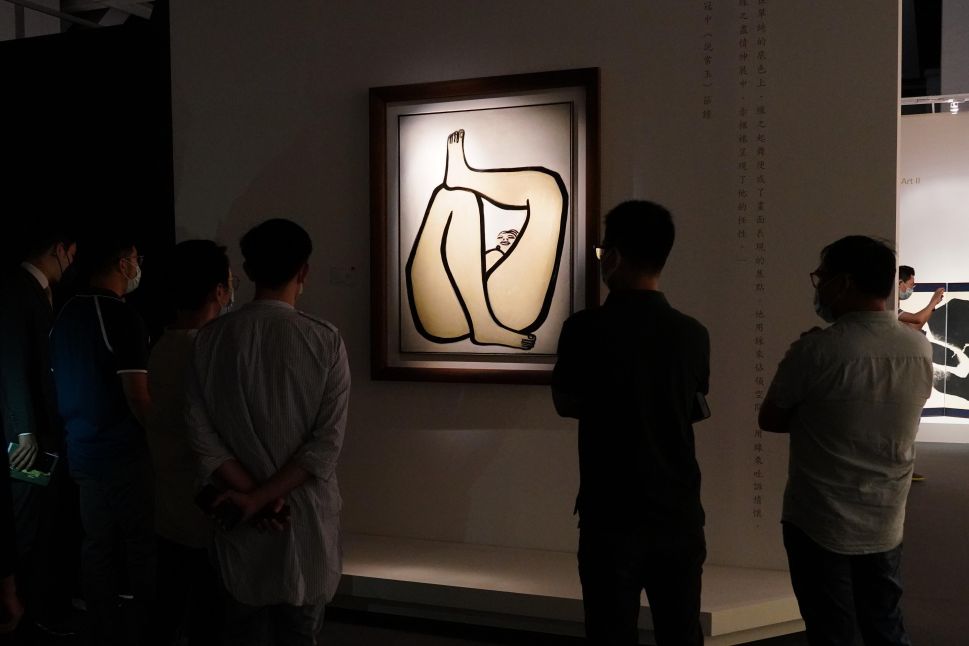