The theatrical marketplace has, in many ways, become an exclusive boutique platform for the release of a select few big screen tales. Conversely, the proliferation of streaming services and the endless libraries of content that populate the Netflixes and Amazons of the world has created a 24/7 ecosystem of constantly accessible newness. Many have come to view the two mediums as oppositional forces. But that doesn’t mean a symbiotic relationship can’t exist.

That idea will be put to the test with Warner Bros.’ hybrid release of Legendary’s Godzilla vs. Kong, which will arrive both in theaters and on HBO Max March 26. With a budget estimated to be as high as $200 million and with two of the most iconic movie monsters in cinematic history, there’s little doubt that Godzilla vs. Kong is one of the biggest new films to ever arrive on a streaming platform. But following the commercial and critical disappointment of 2019’s Godzilla: King of the Monsters (which earned just $387 million worldwide against a hefty $170 million budget), the prospects of this massive movie crossover, which had already been delayed prior to the pandemic, were dubious. At least under normal franchise circumstances.

Will humanity survive a clash of the titans? Watch the official trailer for #GodzillavsKong, coming to theaters and streaming exclusively on HBO Max. pic.twitter.com/3HHAnBaiQv

Forbes’ Scott Mendelson has written extensively about the precarious overlap in blockbuster Hollywood and how a familiar concept can be edged out of the picture by the return of a name brand property. Take the big screen trajectory of the Star Trek franchise following the return of Star Wars, for example.

“When Star Trek opened in 2009, it was during a period where A) its swashbuckling sci-fi thrills weren’t par for the course and B) movies of that size and scale, even during the summer, weren’t a weekly occurrence,” Mendelson told Observer. “That JJ Abrams’ Star Trek was a Star Trek movie that played like an old-school Star Wars movie worked to its commercial advantage. However, by the time Star Trek Beyond opened in summer 2016, its specific variables (sci-fi swashbuckling, space operas, quirky ensemble casts, etc.) had been supplanted both by the return of Star Wars and franchises like Guardians of the Galaxy and a newly re-energized Fast & Furious franchise.”

While Star Trek ($385.6 million) and Star Trek Into Darkness ($467 million) were “events” in 2009 and 2013, Star Trek Beyond ($343 million) was just that week’s designated would-be tentpole during a summer filled with “once were special” franchises, Mendelson said. The same line of thinking can apply to the return of Godzilla, the dinosaurs of Jurassic World, and a handful of other mega creature features over the last decade, he said.

“Likewise, Godzilla was sold as a mammoth-sized monster movie, during a time when A) such things were not delivered on the regular and B) most summer tentpoles weren’t as big as, say, Michael Bay’s Transformers movies,” Mendelson said. “However, in the next five years, A) Marvel’s movies got bigger in scope and scale (starting with Guardians in August 2014) and B) audiences got a bunch of giant monster movies (Jurassic World, Fallen Kingdom, The Meg, Pacific Rim: Uprising, Kong: Skull Island and Rampage). These films were both mostly commercially successful (save for Uprising) and arguably more mainstream and pulpier (with big human stars like Chris Pratt, Dwayne Johnson and Jason Statham) than a ‘for fans specifically’ Godzilla movie.”

By 2019, the scope and scale of Godzilla: King of the Monsters wasn’t even a unique event unto itself as Hollywood gorged itself on grandiose kaiju action. That the film was largely skewered upon release certainly didn’t help as it failed to meet its box office expectations domestically (just $110.5 million off a $48 million opening for a ho-hum 2.3X multiplier). Overall, King of the Monsters fell 45% at the U.S. box office from 2014’s Godzilla and 26% worldwide.

But here is where streaming enters the fray for Godzilla vs. Kong.

There’s no guarantee that the film’s looming availability on HBO Max will deliver a more forgiving environment. But it can help Godzilla vs. Kong potentially avoid the dreaded box office flop label that its predecessor was tagged with like a scarlet letter. In the pandemic, and with hybrid releases, raw ticket sales are no longer the only metric of success.

Whereas Godzilla: King of the Monsters was no longer a unique event at the time of its release, a movie with the sheer size and ambition of Godzilla vs. Kong has rarely ever been made available immediately via at-home platforms outside of Wonder Woman 1984. This creates an air of specialty around the feature albeit through an entirely unexpected lens than was anticipated before COVID. Judging its performance suddenly becomes a more complex calculation that needs to take into account HBO Max subscribers.

“It provides HBO Max with another fan-driven title—albeit perhaps setting the film down the path of being another loss-leader in the vein of Wonder Woman 1984,” Shawn Robbins, Chief Box Office Analyst at Box Office Pro, told Observer. “Godzilla vs. Kong‘s box office prospects were already mixed even under normal circumstances, though, due to the previous Godzilla sequel’s under-performance domestically and the notion of this film being sandwiched between Black Widow and F9 during a tentative theatrical reboot this coming May.”

By moving the film’s release date up by two months, Robbins argues, the concerns and controversy of the day-and-date streaming plan are still in play, but it will at least be able to release in a much less competitive market.

The debate raging between theater purists and streaming iconoclasts will continue. Both sides will put forth valid arguments. But in certain instances, streaming and theaters can work together to respond to market realities and shifting consumer attitudes with a mutually beneficial plan of attack. Godzilla, like Star Trek before it, has become something of a niche blockbuster product with the return of an industry standard title. No one can predict the future, but Godzilla vs. Kong‘s unique release strategy may ultimately be a boon for the film’s legacy. 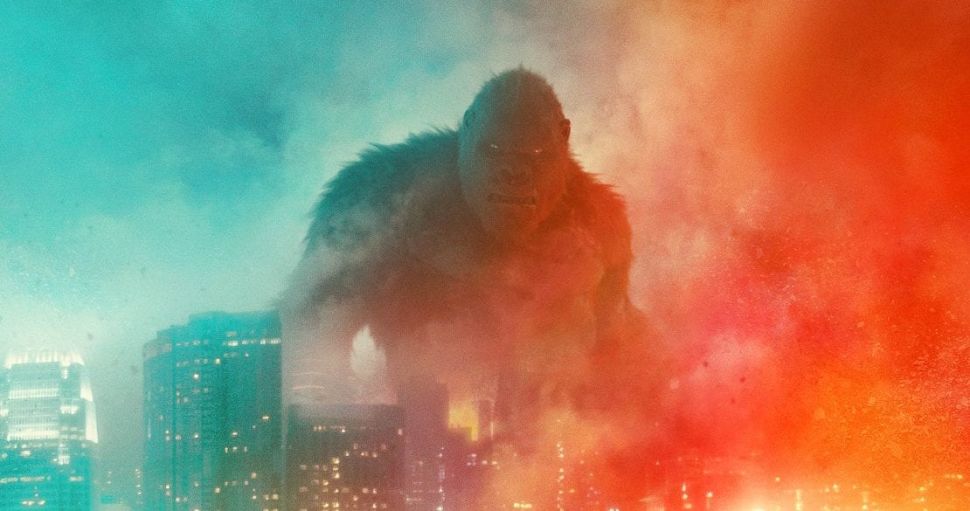