Goldman Sachs CEO David Solomon and other top executives are finally paying a personal price for the investment bank’s role in the infamous 1MDB scandal. The scheme was an elaborate cross-border financial fraud involving $4.5 billion in embezzlements, money laundering and illegal transfers from Malaysia’s government fund, 1Malaysia Development Berhad (1MDB), between 2012 and 2015.

Goldman Sachs acted as the Malaysian fund’s underwriter during two rounds of bond issuance in 2012 and 2013, raising a total of $6.5 billion from global markets and pocketing $600 million in fees. The investment bank pleaded guilty last October during an international investigation and agreed to pay nearly $3 billion to government authorities in four countries to end U.S. investigations.

Within the bank, Goldman’s board ordered $174 million in pay reduction for former and current executives for their participation in or knowledge about 1MDB transactions. The lead banker of the deal, Tim Leissner, Goldman’s former head of Southeast Asia business, resigned in early 2016 after his misconduct was exposed.

While the scandal happened under Solomon’s now retired president Lloyd Blankfein‘s watch (Soloman was chief operating officer at the time), the bank said he should still be held responsible for the “institutional failure” reflected by the case.

Other Goldman executives taking pay cuts as part of the sanctions include president and chief operating officer John Waldron and chief financial officer Stephen Scherr. They each received a pay cut of $7 million.

“While none of Messrs. Solomon, Waldron or Scherr was involved in or aware of the firm’s participation in any illicit activity at the time the firm arranged the 1MDB bond transactions, the Board views the 1MDB matter as an institutional failure, inconsistent with the high expectations it has for the firm,” Goldman Sachs said in an SEC filing on Tuesday.

The CEO’s significantly smaller paycheck contrasts with his bank’s record post-recession revenue last year. Despite the coronavirus pandemic that ravaged the global economy for most of 2020, Goldman posted $44.56 billion in revenue, the highest level since 2009. 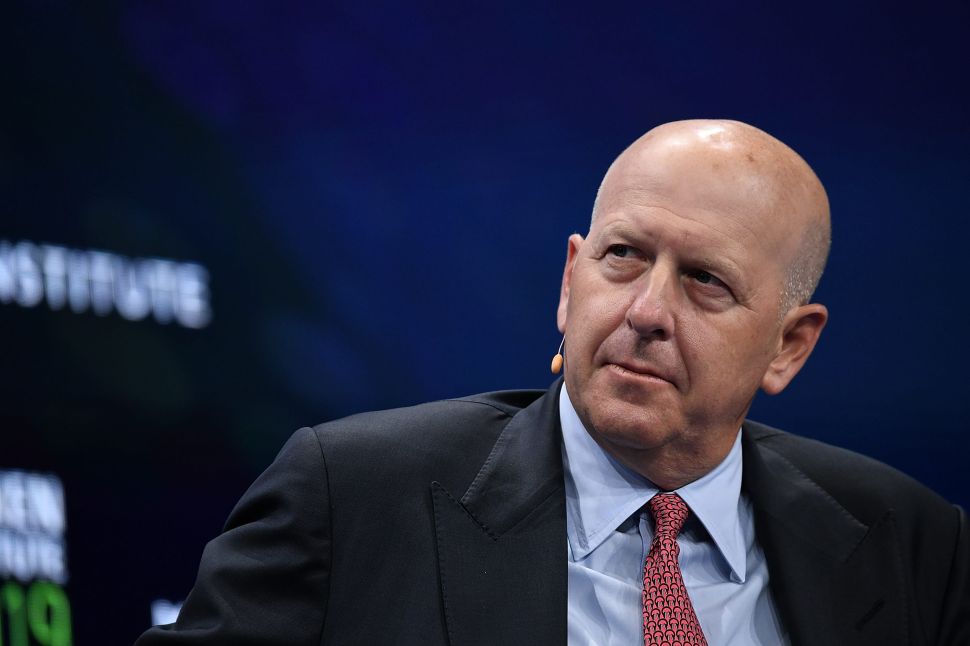