On Thursday, the New York Times reported that the Guggenheim Museum in Manhattan had hired Naomi Beckwith, formerly a senior curator of the Museum of Contemporary Art Chicago, as its new deputy director and chief curator. This change in staffing comes shortly after the October 2020 stepping-down of Nancy Spector, who held the position of artistic director and chief curator at the Guggenheim for 34 years. Spector herself departed in the wake of a series of events that kicked off in the summer of last year when Chaédria LaBouvier, the first Black curator and the first Black woman to curate an exhibition at the Guggenheim, described her time collaborating with the museum as “the most racist professional experience of [her] life.”

Specifically, had LaBouvier alleged that she was forced to battle with the Guggenheim for proper credit and acknowledgement for “Basquiat’s ‘Defacement:’ The Untold Story,” the exhibition she’d curated. LaBouvier was also not invited to participate in a panel discussion about her Basquiat exhibition. After LaBouvier came forward, a letter signed by approximately 200 current and former Guggenheim museum employees was published that demanded immediate institutional change and accountability; the letter specifically asked that BIPOC candidates be hired “in all departments.” In response, the Guggenheim announced the launch of a two-year “Diversity, Equity, Access and Inclusion” plan.

However, at the same time that Nancy Spector announced her departure from the museum, the Guggenheim also released the results of an investigation into whether LaBouvier’s Jean-Michel Basquiat exhibition had been mishandled. The investigation, which was conducted by the law firm Kramer Levin, concluded that there was no evidence that LaBouvier “was subject to adverse treatment on the basis of her race.”

Richard Armstrong, the director of the Guggenheim, told the Times that the hiring of Beckwith, who is a Black woman, is not part of an effort to find a solution to ongoing turbulence but rather about “the future of the institution. What’s promising is that our staff and our board have committed to that kind of change. So it’s not Naomi alone; it’s Naomi in concert with a large group of people.”

Beckwith has also recently served on the jury for the Guggenheim’s 2020 Hugo Boss Prize, worked as an associate curator at the Studio Museum in Harlem and helped to curate the upcoming New Museum exhibition “Grief and Grievance: Art and Mourning in America.” “I would not have taken this position if I did not feel the museum wasn’t doing that healing work, which they are,” Beckwith told the Times. “What I heard clearly from Richard is they are doing the work themselves. They’re simply looking for a partner in that.”

However, for LaBouvier, these developments are insufficient. “A great deal of ‘healing’ for the Guggenheim is predicated on the hope that I will be too broken to speak, and lots of resources have been used to insinuate that I am, to quote Nancy Spector directly, ‘irrational,'” she told Observer on Friday. “For the museum, ‘healing’ has meant finding a Black person to use as a shield when they are faced with a public reckoning for their racism. What’s been called ‘progress’ and a ‘new beginning’ is foundationed on trying to break a Black woman for refusing to offer my work and my body as a sacrifice. This is not progress, and these are cursed beginnings.” 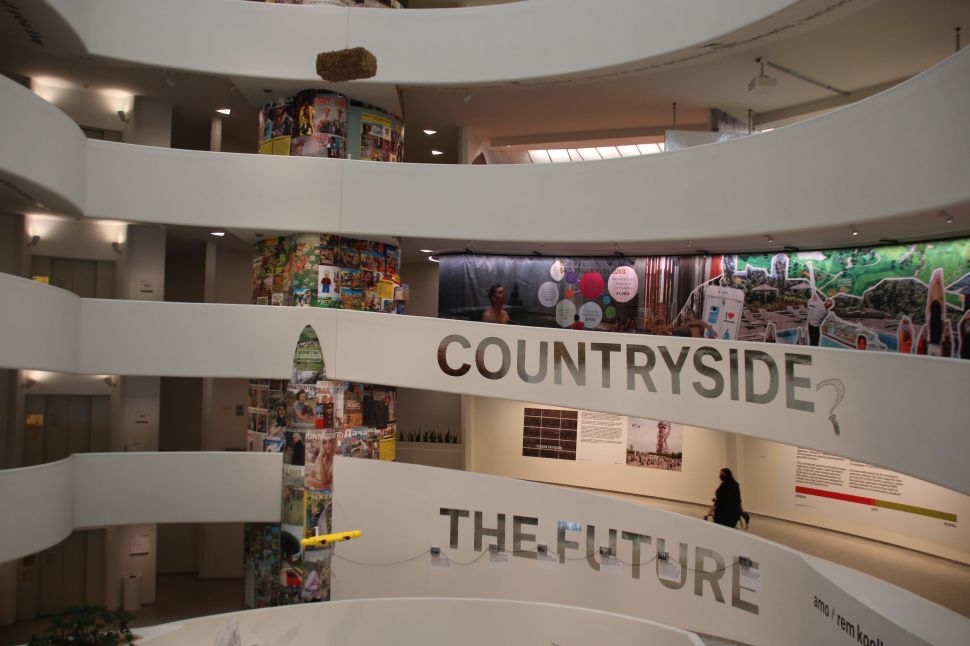