How to With John Wilson, the HBO docuseries starring the eponymous filmmaker, is an unusual entry into its genre. More notebook than investigation, Wilson speaks like he’s reading from a diary, pairing his rambling voiceover with candid moments captured on the streets of New York City. Wilson talks about making small talk while b-roll depicts two men carrying a CPR down the steps of a brownstone. While many critics laud the show for its groundbreaking style, or fans try to articulate the charm that comes from Wilson recording his life nearly 24/7, one thing becomes clear: Wilson has brought video art to the masses.

Though it sounds like a vague term, “video art” is a full-fledged category of art practice, primarily the creation of short-form, experimental filmmaking made with consumer-grade video cameras. Since the 1960s, artists like Jaime Davidovich, Chris Burden, William Wegman and collaborators Harry Dodge and Stanya Kahn have picked up camcorders and shot themselves in confessional, compromising and bizarre situations. Wilson’s show follows the path of the video artists who came before him.

Though he might have the biggest platform television has offered, Wilson isn’t the first to transport video art from art galleries to airwaves. For decades, public access television was a popular, affordable way to sneak video art onto broadcasts. In the late ‘70s and early ‘80s, Manhattan Cable TV aired Davidovich’s The Live! Show, wherein he took on a fake persona to interview artists and sell his own artwork in a home shopping network style; and the video art collective that formed Paper Tiger Television beamed low-budget, DIY productions into New Yorkers’ homes, giving art icons like Martha Rossler the chance to read from Vogue in the late hours of the night.

In California, performance artist Chris Burden appeared on a public access channel in Irvine under the pretense of giving an interview with the art critic Phyllis Lutjeans. But instead of having a conversation, Burden pulled a knife and held it to Lutjean’s throat, uttering death threats while his own planted camera crew broadcast the entire event live. TV Hijack, as the piece became known, was Burden’s response to the channel censoring other ideas he had for the show. The infamous stunt is preserved in photographs and criticism, but the recording of  the performance was destroyed.

Beyond making a home on HBO, How to With John Wilson also has the anatomy of video art. His narration, charmingly imperfect because it’s littered with stutters, hesitation and sudden, mid-sentence observations, embraces the format of the video diary. Filmmaker George Kuchar, whom Wilson has cited as an inspiration, would visit Oklahoma every spring, staying in run-down motels along Tornado Alley, expressing the loneliness and documenting the mundane as he waited for the skies to turn green and funnels to descend from the sky.

Wilson’s choice to frame his diaries as instructional videos, too, parallels William Wegman’s surreal collection of videos ostensibly made for children. Famously known for his sleek, grey Weimerheimers, Wegman’s dog Fay Ray and her puppies Batty, Chundo, and Crooky, would dress in costumes and teach us what farmers did for a day, or chase bright blue balls to teach us subtraction. The Weimerheimers would eventually make their way to Sesame Street, hiding video art in plain sight during the iconic kids’ show.

How to would not be complete without its interview subjects—like Mandela Effect conspiracy theorists or wrestling fans hunting child predators—subjects Wilson approaches because they might be an expert on improving memory or making small talk. In one episode, Wilson is teaching us how to cover our furniture, so he visits an “intactivist,” or foreskin activist. Ron Lowe, more publicly known as the inventor of a foreskin-restoring device called TLC Tugger, is charismatic, upbeat and eager to demonstrate his product. He brazenly shows Wilson his penis on camera, hooks a pulley-like device to his foreskin, and attaches it to his bed frame. Lowe chit-chats with Wilson about movies, as if his shocking, compromising position was an everyday occurrence. (Technically, it is. He sleeps like this every night, right next to his wife.)

These subjects fill the role of the personas many video artists create for their work. Kahn and Dodge have a recurring character, Lois, a melancholic oversharer played by Kahn. Desperate for acceptance and starved for human connection, Lois finds herself in campy, compromising situations; showing her sculptures to a television producer when she’s only supposed to provide a soundbite, or ending a night partying with strangers by getting an ecstasy enema in a motel room. Deadpan and earnest, Lois’s outlandish adventures almost lose their shock value, normalizing the abject just as Lowe destigmatizes intactivism.

Now that How to With John Wilson has been renewed for a second season, its take on video art will continue its march into the mainstream. We can only imagine what lessons Wilson will bring to us from the streets of New York City, but we can count on him culling from his video art roots to give us more of the profound and profane.

How to With John Wilson is available to stream on HBO Max. 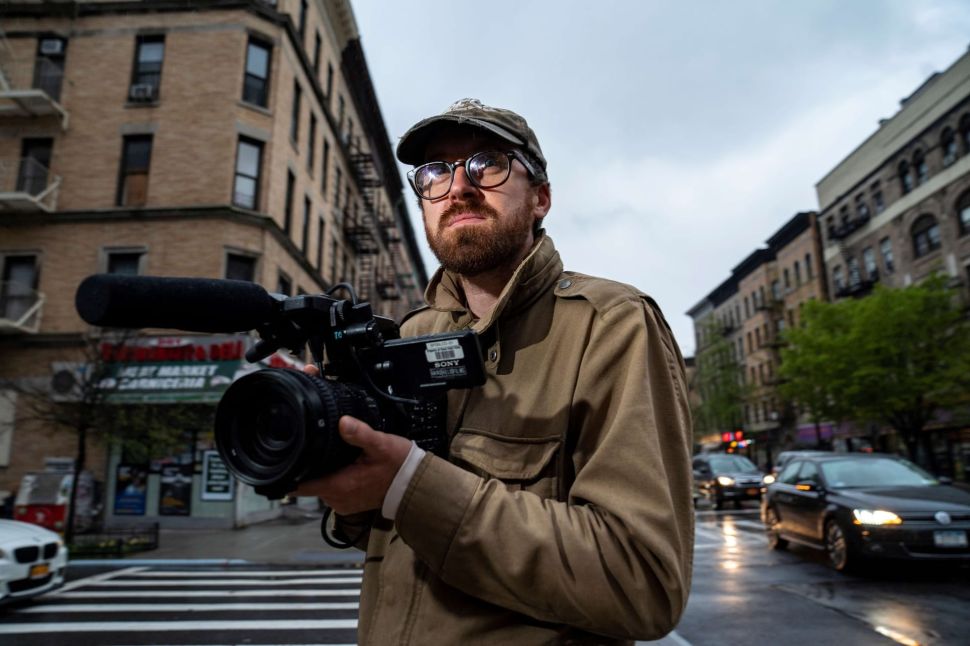