With almost 100 film score credits and numerous awards under his belt, Howard Shore needs no introduction. The legendary composer has crafted some of the most iconic movie soundtracks of all-time, but his latest work—for potential Oscar nominee Pieces of a Woman—is perhaps his most intimate in years.

The Netflix drama, which is adapted from a stage play by Kornél Mundruczó and Kata Wéber—the movie’s director and writer—stars Vanessa Kirby as Martha Weiss, a young woman whose home birth ends in heartbreaking circumstances. Across a 12-month period, Martha must navigate the grief of losing a child amid her faltering relationships with partner Sean (Shia LaBeouf) and mother Elizabeth (Ellen Burstyn), while also dealing with the impending court case of scapegoated midwife Eva (Molly Parker).

In an interview with Observer, Shore revealed how he tackled Martha’s story from a musical perspective, his multiple collaborations with acclaimed directors including David Cronenberg, and the legacy of his award-winning Lord of the Rings score ahead of its 20th anniversary later this year.

Observer: How did you get involved in Pieces of a Woman?
Howard Shore: I met Kornél through our mutual friend and producer Robert Lantos. Kornél sent me part of the film, which I thought was terrific, and we started to collaborate on a very good project.

Kornél and yourself have backgrounds in theater and opera productions. How did that shared experience help you to craft the score?
Kornél is a very good director and musician. He has a really fine ear, so we were able to talk very well about music. The spotting of the film is really terrific. It’s very elegant, and his choice of music and where to use it was excellent.

There are two main themes in the film. One is for the lost child, and the other is for the grief expressed by Martha. Film music is essentially a point of view, so I took the view of Martha and the child.

Where did you begin to tap into the musical aspect of such a raw, traumatic experience, particularly from a female perspective?
I’ve done a lot of films that have female protagonists, such as Silence of the Lambs and Panic Room. For Pieces of a Woman, it’s a deeply personal story of a woman learning to live alongside her loss. For me, there are two main themes in the film. One is for the lost child, and the other is for the grief expressed by Martha. Film music is essentially a point of view, so I took the view of Martha and the child. I present those through the film, so the grief is expressed in hope really. There’s a sense of hope and resolve to it.

In the past, you’ve spoken about making music fit into a movie so it’s not immediately noticeable. Is that something you wanted to recreate for Pieces of a Woman? And what particular instruments did you use?
There are many different ways to approach film music. Kornél was looking for a very classical approach for this one, so I used it to express these two main themes. We used a chamber orchestra featuring the piano, the celesta, and the oboe as principal soloists, and the score is done as a concerto.

Do you find intimate stories like Pieces of a Woman to be easier to score than blockbusters?
I think each has its own challenges, and you have to approach them with that in mind. You can’t tell every story exactly the same; the ideas have to be expressed uniquely for the subject. For Pieces of a Woman, I approached it with an emotional view and tried to be as truthful as I can with the emotions that are being shown on screen.

You’ve worked with influential directors throughout your career including David Cronenberg, Peter Jackson and Martin Scorsese. How have those collaborations changed with each project?
Those long relationships are precious. With David, we’ve worked on 15 films over a period of 30 years, so you build up a sense of trust and similar view of using film music, and that grows over time. If you look at David’s films like The Brood, the way that music was used is quite different to later scores for his films like Spider or Cosmopolis. It’s the same thing with the five I’ve done with Martin. I always approach it differently with each director as you have your own way of working with them.

How has your composing changed in relation to David’s work in different genres down the years?
I think each film was unique in its approach. Early on, I worked around the edges of the frame and it was a more sub-textual approach, but that was the wonderful thing about David. He was so open and creative with using music in film, and willing to try different approaches, so we have very diverse music across his films. Really, I think David was my backbone of work in film. It was a way to express a lot of different ideas acoustically and electronically, and to use the technology in different ways.

Have you discussed working with David again?
I have a script of his on my desk that I’m hoping will be produced, so fingers crossed.

It’s The Fellowship of the Ring’s 20th anniversary this year. How do you reflect on the trilogy’s success and legacy, and your part in that success?
The recordings have been released in vinyl, CD and every other format, and they’ve also been played in concert, so the music has traveled far. I’m delighted with the interest in it, and I’m very pleased to meet and talk to the fans that come to the concerts. It’s a great joy to work on something as brilliant as those films by Peter Jackson and J.R.R Tolkien’s book.

What were some of the biggest challenges associated with composing the three scores?
I think the pieces are over 12 hours, so I put everything I had learned, up to that point, into them. Each one took a year to compose, orchestrate, conduct and record. The extended versions were another three months, so it took three years and nine months of pretty continuous work.

Have you been contacted about scoring Amazon’s Lord of the Rings TV series? If not, would you consider it if it was offered to you?
I haven’t talked to the production about it, so I haven’t been following it, but I would consider it.

What would you consider to be the best score you’ve produced, or your favorite one to create?
I’d have to say Fellowship of the Ring. It was really something that allowed me to create film music in a much more creative way of working with a narrative. We do live to projection concerts, and hearing the music that I wrote in relation to the films’ imagery and story is really wonderful. I love being in the concert hall and hearing it played live.

Are there any projects that you regret missing out on?
No regrets. I did what I was able to do at the time that I was offered pieces. Sometimes I had to turn things down due to scheduling, but I’ve been able to work with great filmmakers all over the world, so I’m very happy.

Pieces of a Woman is available now on Netflix. This interview has been edited for length and clarity. 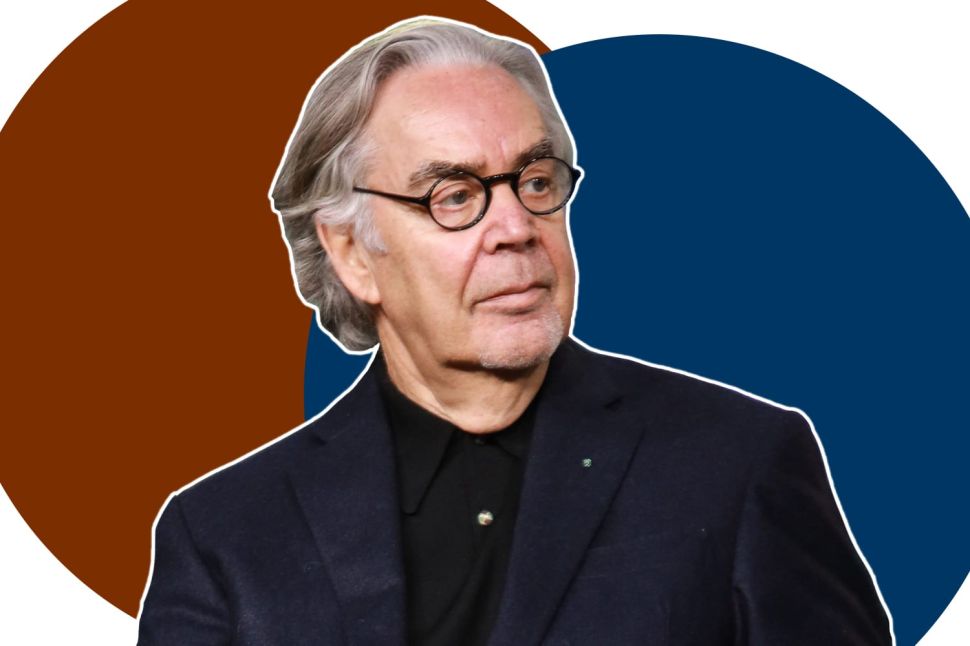