For five films across almost three decades, the Jurassic Park franchise has told stories of greedy men attempting to play god, messing with beings they can’t control, and getting shredded to pieces because of it. With the animated series Jurassic World Camp Cretaceous, Netflix and Dreamworks Animation try to shake things up by making the dinosaurs the stars of the show.

Where the movies primarily focus on giving the human actors (and their A-list actors) character arcs that involve them getting way over their heads and fighting against rich capitalists, Season 2 of Camp Cretaceous has made its character arcs all about their relationships with the dinosaurs. The new season picks up right after the events of Jurassic World, with the park abandoned and the dinosaurs running wild. Free from the captivity of live-action, the animated show is placing a much bigger focus than the films do on how the dinosaurs behave now that they’re in the wild, as the first season already did. Sure, there is still a lot of running away, which is inevitable when dealing with hungry, prehistoric beasts, but the show spends a lot more time pointing out just how big of a scientific breakthrough it is for these kids to see the animals without any interference, culminating in the introduction of the watering hole.

In episode three, titled “The Watering Hole,” as the kids find supplies for their new camp, they come across a watering hole full of dinosaurs of all shapes and sizes. Like the 2016 Jungle Book remake, the show seems to introduce the idea of a “ truce” — that both carnivores and herbivores would make a truce in order to drink in peace (or at least go in large enough groups that the carnivores wouldn’t try to feed). It’s a beautiful scene and the closest the show — or any of the new movies — gets to replicating the sense of awe and wonder from the first time we see a dinosaur in the original film.

Since 1997, this franchise has tried to replicate the blockbuster success of the original by giving us thrilling chase scenes and bigger and scarier dinosaurs, but what they all forget, or seem unable to replicate, is that initial Spielberg Face moment of absolute astonishment at seeing prehistoric animals brought to life — arguably because audiences themselves can no longer be surprised in the same way by the same thing twice. But Camp Cretaceous gets pretty darn close by making the audience realize they have never seen the dinosaurs as wildlife before, but as theme park rides, and then sets out to make the audience see the dinosaurs as actual animals.

While the scene of the watering hole is full of wonder and admiration for the natural beauty of seeing fauna in the wild, the scene quickly brings it down to Earth when one of the kids, Darius (Paul-Mikél Williams), shares that Dr. Alan Grant (from the first and third films) already had theorized that predators and prey could have been able to coexist if the right conditions were met. With that comment, the show brings back the science-first approach to the dinosaurs from the very first film. Later in the episode, another character notes that a stegosaurus is shedding its plate as if it were deer.

Camp Cretaceous also takes the opportunity to show previously unseen areas of the park. In the second episode, the kids come across a veterinary area with dinosaurs still in cages. The kids immediately think of releasing them, until they see a pair of predators and start having second thoughts. Do they release all of the dinosaurs and get forced to run away and risk their lives again? Do they leave the predators to die only to save the herbivores? If the previous five movies made one thing clear, it’s that the carnivore dinosaurs will not hesitate in killing you, no matter how big or small they are. But now that the dinosaurs are the ones in danger, how would you react? The Lost World and Fallen Kingdom dabble in messages of preservation as their villains clearly want to exploit the animals beyond simply seeing them in a huge park, but once again the focus was more on the “you shouldn’t keep these dangerous animals in closed spaces where they can get free and eat people” rather than “these are animals, period, and they should not be left to die alone.” That distinction is Camp Cretaceous’ bread and butter.

Even when the real villains of the season show themselves, they present a direct threat to the dinosaurs themselves, rather than the humans; they’re a pair of big game hunters hoping to make away with as many exotic dinosaurs as they can. Though this is a show for kids, Camp Cretaceous doesn’t shy away from portraying the deaths of dinosaurs, and it’s made to be even more emotionally devastating and shocking than any character death in the franchise. It helps that animation is a medium in which both humans and dinosaurs look like they’re made the same way. There’s no CGI barrier or even an animatronic barrier that takes away from an emotional connection with the dinosaurs, because they look as real or fake as the humans do. This also allows the show to give a lot more screen time to the dinosaurs than the movies do, where the cost of animating and designing the dinosaur is a lot more expensive.

The result is a show that actually manages to capture the feeling of the original Jurassic Park, while bringing the dinosaurs to the forefront of the story. Now that the franchise is preparing for Season 3, its final installment, we’ll have to see whether Camp Cretaceous finds a way to make a meaningful impact on the franchise at large, or if it will wind up looking more like a mosquito trapped in amber.

Jurassic World Camp Cretaceous is available to watch on Netflix. 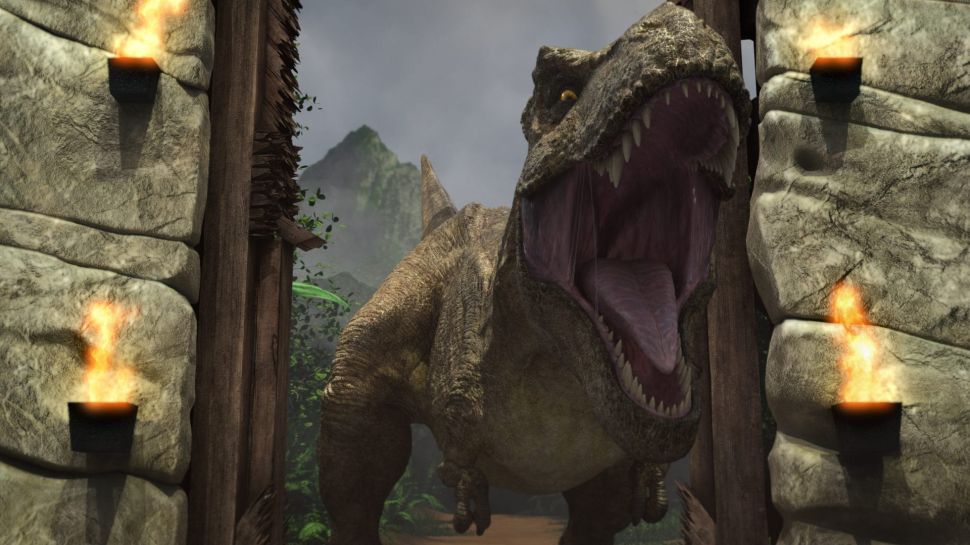