Kalup Linzy has been making waves in the art world for over a decade. Linzy, who works primarily as a video and performance artist, has helped to challenge racial and gender stereotypes through the art he creates while also thinking through larger issues of representation. Informed by his Southern upbringing, the church, and influenced by soap operas he grew up watching, Linzy has become a force to be reckoned with in the performance art space.

Linzy describes his work as “an ongoing art house soap opera with musical, melodramatic, comedic, socially conscious performances with yours truly as the orator the majority of the time.”  Playing with elements of theater, video, performance, music, the kind of art that Linzy produces is hard to define as just one thing. It has this enigmatic quality combined with his humor, honesty and unique take on queerness and gender that sets him apart from other performance artists. And as a gay person of color, his life experiences have informed the art he creates.

“Growing up, I didn’t have openly gay role models. They were all straight and mostly religious.  As I came of age, I drew from that, but also realized I would have to create the other. Being black and gay has made me more self aware. I no longer see it as a crutch. I remember in my late teens, early twenties I had a dim outlook on life. Once I stopped battling myself, my days became brighter. That’s actually when I found my voice,” said Linzy.

This kind of self-awareness and demanding representation in social spaces has been a driving force behind the art he makes. Since moving to New York City in 2003, Linzy forged his own path in the art world with much success. Today, the Floridan native’s work has been featured in major collections such as the Studio Harlem Museum, the Whitney, MoMA, and more. He has been the recipient of major grants and fellowships such as the John Simon Guggenheim Memorial Foundation Fellowship, the Creative Capital Award, an Art Matters grant and countless others, and most recently he was named a Tulsa Arts Fellowship. These accolades underscore the impressive career he has made for himself while also making him one of the most well known performance artists working today.

Utilizing soap opera’s format Linzy has made it his own and in the process, while tapped into larger cultural archetypes. Linzy’s early works began to generate a buzz in the early 2000’s. In All My Churen from 2003 (A spoof name of All My Children) for example viewers were taken into Nucuavia’s world as she dealt with the murder of her partner. Set against the backdrop of Nucuavia’s family including, Taiwan, her openly gay twin brother who had seems preoccupied with hookups and wine, viewers were offered a glimpse into Linzy’s world. In 2005, he released Play Wit de Churen which focuses on Katonya, a sympathetic, complicated character with many sides. In As da Art World Might Turn from 2006, Katonya evolved to mirror Linzy’s own life and many of the issues that come with the demands of the art world and openings. The storylines are often absurd, hilarious, and entertaining but are challenging larger stereotypes in the process. His work explores themes of longing, desire, race, and queer identity, through the characters he portrays.

Within these pieces and others Linzy writes, directs and stars in them while also offering a larger social commentary on gender, sexuality, and interfamily relationships. Linzy, who is often the main protagonist in his short videos and films has played a variety of characters, many of the characters over the years have been female-identified. In his performances Linzy can be seen in drag, usually with a wig on, his facial stubble noticeable, and in character.

In 2010, Linzy became cemented in pop culture when he made his debut on ABC’s General Hospital. This was a natural role for him on multiple levels and was an extension of the work he had been creating. Linzy was even able to make a sort of mainstream crossover when in 2011, he began an artistic collaboration with James Franco. This took the form of several live performances, as well as a music and film project. That same year was also marked with impressive commission from the San Francisco Museum of Art which came in the form A Heavenly Act, an opera by Italian composer Luciano Chessa.

From there Linzy’s work has evolved and has expanded on much of the earlier video series he created. Linzy has carved out his own space as an openly gay man who is creating art that is tapping into his own experiences, feelings, and outlooks on the current sociocultural moment.

Linzy has created a host of characters over the years through his video work and he has continued to be influenced by a variety of pop cultural and social icons.

In a recent piece, Linzy can be seen in drag, performing a version of Nina Simone’s “I Wish I Knew How to Be Free” as Paula Sunstrong. Linzy’s distinct vocal stylings can be heard amidst a backdrop of black and white images of him dressed in several dresses in various outdoor and indoor spaces. He can be seen sitting at the piano with a perfectly done updo and earrings similar to a Nina Simone album cover from the 1960s. In another image, Linzy is depicted standing outside on a balcony. And in another picture Linzy’s can be seen sitting on the steps of a church clad in a vintage style dress sitting next to a man. The video montage flashes over the screen while his rendition of “I Wish I Knew How to Be Free Plays.” There is a vintage look to the images but it is also referencing the specificity of this moment.

The art world, like many other social spaces, is coming to terms with many injustices that marginalized groups have faced for decades. Following protests that erupted this summer across the world with the Black Lives Matters Movement in response to the murders of Breonna Taylor, George Floyd, Tamir Rice, and countless others, as well as the lack of diversity in many corners of the country and the 2020 election there is a lot to unpack. When asked about it Linzy said, “Thinking about some of my experiences, I am not sure how “safe” it actually is. At times, I feel safe and then sometimes I don’t. It really boils down to the company you keep and who you surround yourself with. If the country is divided, why can’t the same be said for the art world? I’ve come to learn that many people in the art world are oppressors or the oppressors’ right hand and don’t realize it.”

He continued, “Or maybe they do…The art world prides itself in exclusivity.  What happens when everyone is treated equally? What happens if everyone’s work has the same value? I also mean monetary value. Who’s on the top then?  If there is no top, does that mean the bottom fell out? Yes we deserve equality, but that’s not how the art world, this country, or most societies were built. It will be interesting to see how things play out. I’m not saying it is impossible for all to thrive. Just don’t underestimate those who are in power, but fear the unknown.”

Linzy, like many artists, is currently navigating a new pandemic world and this has extended to his work. Linzy had to reconfigure the way they have been making work and turning to other platforms via social feed to collaborate and work.

“I haven’t traveled since March. I’ve done all my visiting artist gigs online. My live performances have been pre-recorded with no audience. I’ve had several online exhibitions, all virtual. My approach has pretty much been going back to the basics. When I first started, most of my video works were created in isolation,” said Linzy.

Linzy also expanded the way promoted his work by trying to reach a larger audience. Early on Linzy did a lot of collaborations with artists he already knew and decided to up his game with marketing. While he was already running Facebook and Instagram ads in the US he decided to take a more global approach during the pandemic.

“I thought, why just promote in the States? Everyone is at home. Whoever has a phone and a computer is probably on social media. I was nervous about it, but said, “Why not?” It’s not like I was inviting them to an art opening they couldn’t actually show up for,” added Linzy.

In November, Linzy took part in the 2020 edition of the Performa Performance Arts Festival but this took a different turn given the current realities due to COVID. For Performa, Linzy created a pre-recorded set of songs with an accompanying band (the piece also came out of a commission he received from the New Orleans Film Festival).

Linzy’s work is currently on view as part of an online video exhibition through Performa called Lean. The show is guest curated by the Studio Harlem Museum Associate Curator Legacy Russell and features the work of 7 artists in total. The exhibition seeks to “congreate and confer toward lean as a Black venacular and queer poetic propisiton,” according to their Instagram post. Linzy has ambitious plans for the future and isn’t letting a worldwide pandemic slow him down. He plans to launch the Queen Rose Art House, an artist residency and social space with the support of the Tulsa Artist Fellowship. Linzy is also developing a fashion line, a series of DNA based collage paintings, a feature length project, and even a few more music projects. Although the future is unknown like Linzy noted, one thing is for certain––he will continue to influence performance art and the art world for years to come. 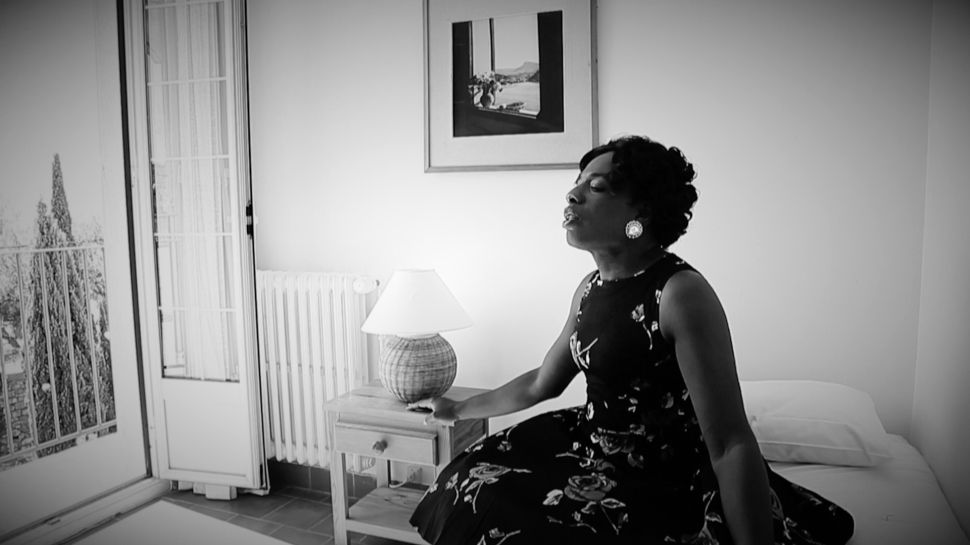