The Duchess of Cambridge turned 39 over the weekend, and celebrated with a casual tea party thrown by Prince William and their children, Prince George, Princess Charlotte and Prince Louis, at the family’s Norfolk country home, Anmer Hall.

Even though the festivities were even more low-key than usual due to the coronavirus pandemic, Prince William still made sure his wife had a very special day. Kate has previously said that it’s become a family tradition that on birthdays, she stays up all night baking a cake, with plenty of frosting and sweets. This year, Prince William and their children baked Kate a “huge” caramel and vanilla cake, per Us Weekly.

She was also showered in gifts, as according to Us Weekly, she received a bouquet of flowers from George, Charlotte and Louis, which were perhaps picked from the impressive garden outside Anmer Hall. Prince William went all out on the presents this year, and gave his wife a number of gifts, including a pair of diamond and sapphire earrings, which the Duchess “loves.” It’s not the first time the Duke of Cambridge has gifted his wife diamond and sapphire jewelry, as he seems to be partial to those two gems—perhaps it’s because they go so well with Kate’s engagement ring.

Kate was also surprised with gifts from across the pond, as Prince Harry and Meghan Markle reportedly sent the Duchess of Cambridge a “thoughtful card and gifts.” Kate wasn’t expecting anything from the Duke and Duchess of Sussex, so she was pleasantly surprised.

Prince Harry and Meghan also sent Prince William and Kate Christmas gifts, and the two brothers are reportedly talking more now, as they work to repair their relationship. The two couples might be reuniting in person soon, as the Duke and Duchess of Sussex are reportedly hoping to return to the U.K. by June, so the Cambridges and Sussexes will be able to spent some quality time together. Prince William and Kate are also considering a trip of their own, as they apparently want to visit Prince Harry and Meghan at their new Montecito home before the end of the year. 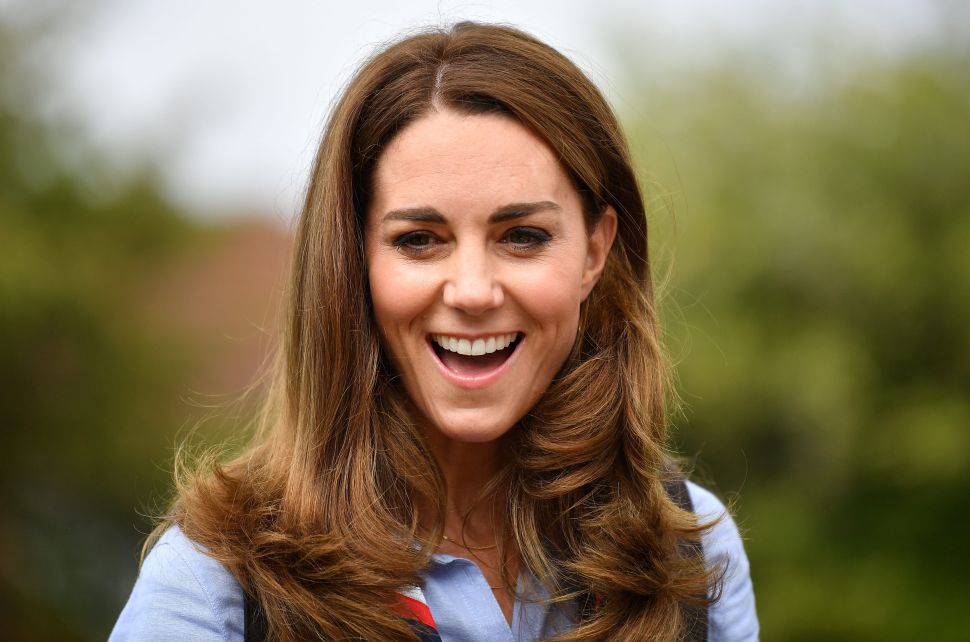