It’s been almost a decade since Kate Middleton married Prince William and became a member of the royal family. The Duchess of Cambridge has become close with the royals over the years, especially her grandmother-in-law, Queen Elizabeth. Aside from the official honors Kate’s been granted, the Duchess has also been given other special privileges, which now include a direct line to reach the Queen.

Kate and Queen Elizabeth have a “fantastic relationship,” royal expert Duncan Larcombe told OK, and the Duchess of Cambridge now has a “direct line to speak to the Queen,” which she uses to check in on Her Majesty, ask for advice as well as give the monarch updates on her great-grandchildren, Prince George, Princess Charlotte and Prince Louis.

Kate “strikes that balance between bowing to her as head of the royal family in public but being able to check in with her as the great-grandmother to her children,” per Larcombe.

The U.K. is currently under a strict third lockdown due to the coronavirus pandemic, and the royals have been staying at their separate homes. They haven’t been able to reunite much over the past several months due to the COVID-19 crisis, and have instead been keeping in touch via phone calls and Zooms. It turns out that Kate has actually been helping the Queen with the video calls, as she reportedly taught the monarch how to use Zoom, per Larcombe.

Prince William and Kate last saw Queen Elizabeth in December, as they traveled to Windsor Castle, where the Queen is currently in residence and has spent much of the pandemic, for the last stop on their royal train tour.

The Duke and Duchess of Cambridge are now back in Norfolk, as they’ve been spending the lockdown at their country home, Anmer Hall, on Queen Elizabeth’s Sandringham estate. Prince William and Kate are spending most of their time at their 10-bedroom Georgian home, but the Queen granted the Cambridges special permission to use her private Sandringham House to set up a home office, so that they can complete their working duties without any interruptions.

Kate’s also likely to receive another official honor from Queen Elizabeth in April, near her 10-year wedding anniversary. According to Larcombe, it’s “highly likely” the Queen is “planning a special secret something to honor Kate’s 10 years in the royal family.” 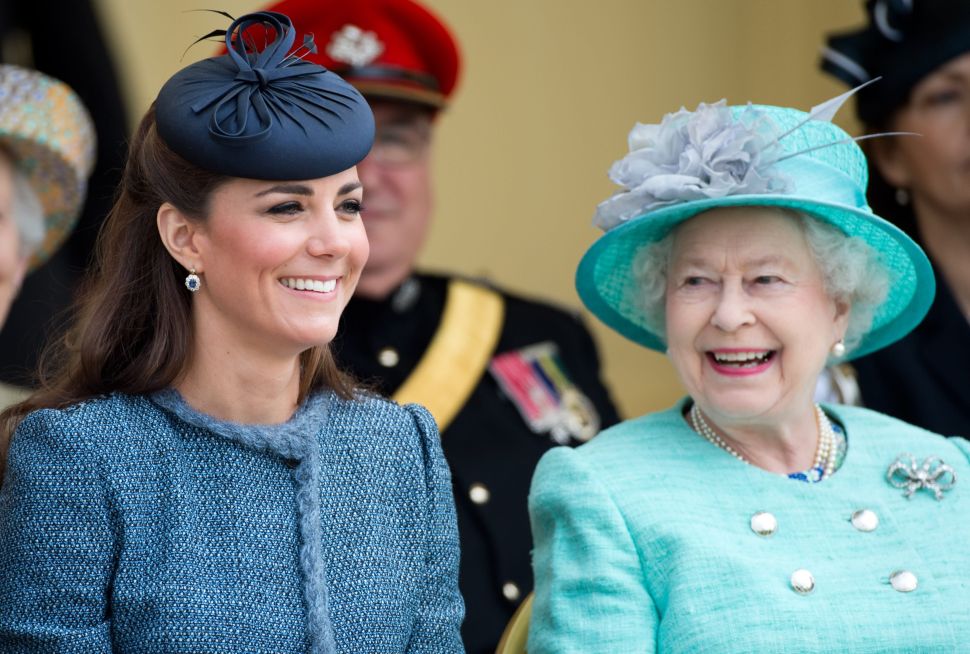