Outside of The Mandalorian, Disney+ is thin on blockbuster originals that move the needle despite the fledgling streamer’s impressive subscriber growth over the last 14 months. Though it’s been remarkably smooth sailing for the platform thus far, Marvel’s expensive first Disney+ series, WandaVision, needs to succeed to keep the momentum going. Premiering January 15 with two episodes, we’re still left without any clear idea of the show’s performance since Disney has not provided any official viewership numbers.

As such, we’re combing through a handful of third-party data in an attempt to paint a clearer picture of WandaVision‘s footprint. It’s important to keep in mind that each dataset has its own unique pros and cons as a viewership and demand indicator. The idea is to gather data from several sources to see if a consistent trend emerges.

(Note: this story will be updated next month when Nielsen releases its SVOD viewership data for WandaVision‘s premiere week).

Parrot Analytics’ audience attention measurement system captures an audience behavior dataset. The company sifts through social media, fan ratings, and piracy data to represent audience demand, which reflects the desire and engagement expressed for a title within a market. While that can skew the data in favor of a title on a platform with a significantly smaller reach than its rivals but with vocal online fans, it does help to quantify the intangible buzz element of a series.

Comparing the first four days of availability, WandaVision is not living up to the incredible demand precedent set by The Mandalorian, per Parrot’s data, but is nevertheless performing strongly (in the top .2% of shows in the U.S. and around the world).

On their respective launches, WandaVision was actually 24.5% more in-demand in the U.S. than The Mandalorian was, per Parrot, though the streamer did boast more subscribers at the time of the former’s premiere. Demand for The Mandalorian grew significantly day over day following the release of episode one, while demand for WandaVision has so far flatlined and slightly declined after the first two episodes were launched on January 15. Parrot Analytics analysts expect demand for WandaVision to grow again after the the release of new episodes, but at this point it doesn’t look like it will catch The Mandalorian anytime soon.

Globally, WandaVision has ranked in the top 15 shows in worldwide demand since its debut last Friday.

On the last day Parrot tracked (January 18), WandaVision was 45.8x more in demand than the average show globally.

The series has made less of a splash with U.S. audiences:

During the last day Parrot tracked (January 18), WandaVision was still 31.0x more in-demand than the average show in the U.S.

WandaVision is proving to have a pretty diverse worldwide appeal. Mexico, France, Brazil, Chile and Germany all appear in the show’s top 10 international markets during the course of its first four days of availability (January 15-18).

ANTENNA observes transaction data on several million U.S. consumers (on a strictly anonymous, opt-in basis). Using this data, they are able to tell when people Signed-up, when they cancelled, when they switched services, and so on. It’s not a viewership metric, but it does provide clarity into how successful a piece of content was in attracting new customers.

Disney+ removed its free trial last month, so sign-ups covered in ANTENNA’s data equate to paid subs or gross adds. Their data indicates that WandaVision drove 66% less U.S. sign-ups in its release (January 15-17) than The Mandalorian Season 2 did (October 30–November 1). But, as Parrot Analytics indicated, Marvel carries strong global appeal that is not reflected in this data point.

At first glance, WandaVision does not appear to be as successful at driving new growth as previous high-profile Disney+ releases such as Pixar’s Soul and Hamilton. Its experimental format has proven divisive among casual fans and there’s a reason Marvel Studios planned for the more traditional The Falcon and the Winter Soldier to launch its Disney+ push.

Disney+ is just 14 months old, yet has already accrued more than 86 million global subscribers. As a result, net new subscribers added is not the only metric of success. The retention and churn behavior of these subs is key. Despite an apparent slow start, how many new subscribers that signed up for WandaVision continue to pay for Disney+ after the season concludes will be interesting to monitor. Nearly a quarter of subscribers who joined Disney+ on Hamilton‘s opening weekend cancelled within one month. Three months later, 59% of Hamilton subscribers remained subscribed to the service, per ANTENNA.

Similarly, the level of engagement and reception among existing customers is also expected to play a role at Disney HQ when evaluating WandaVision.

Reelgood is an extensive streaming guide that tracks every TV show and movie available online. The service boasts upwards of 2 million U.S. users. As a search engine function, audiences primarily use it to find where shows and movies are streaming, which can favor titles with less availability or audience awareness. In other words, more niche series may rise to the top as users search for where to find the title online. This may not always correlate with representative subscriber viewership on a one-to-one level, but does provide a composite of search interest.

According to Reelgood’s data for January 15-17, WandaVision was the most streamed show across all services over its premiere weekend, garnering a 9.3% share of engagement. Per the company, it beat out Netflix’s new French series Lupin (released January 8), which Netflix has said is on pace to garner 70 million household views within the first four weeks of its availability.

Samba TV gathers viewership data via its proprietary Automatic Content Recognition technology on opted-in smart TVs. Invented in 2011, the company’s ACR is integrated at the chipset level across 20 of the top smart TVs globally and captures content that crosses the TV screen, regardless of source. They analyze the proprietary dataset to project household-level TV viewership. It’s worth noting, though, that this is extrapolated from a select group of opt-in smart TV users and does not account for non-TV devices.

However, these numbers feel like a lowball total as Disney+ boasted an estimated 30 million-plus U.S. subscribers as of November 2020. Households and subscribers aren’t always an apples-to-apples comparison, yet it’s difficult to believe that roughly just 3.6% of the streamer’s domestic customer accounts watched the first two episodes of WandaVision in its debut weekend, particularly after 18 months without new MCU content.

Whip Media’s TV Time calculates Shows on the Rise by determining the week over week growth in episodes watched for a program. Similar to Reelgood, TV Time helps to track availability and scheduling for TV content as a discovery tool, and can therefore sometimes be inflated by search interest as opposed to direct viewership.

Still, WandaVision was the series with the highest percentage of week over week growth for the week of January 11-January 17. The Marvel series edged out Netflix’s Disenchantment, which was trending in Netflix’s U.S. Top 10 as of Thursday.

Before its debut, TV Time found WandaVision was the #1 anticipated show in the U.S., and 10 days ahead of release, the series had twice the number of followers in the TV Time app that The Mandalorian had at the same time. During WandaVision‘s debut weekend, it was the #2 most viewed series among global viewers (second only to a new season of Netflix’s Disenchantment, which dropped a full season, versus WandaVision dropping 2 episodes) via the TV Time app. 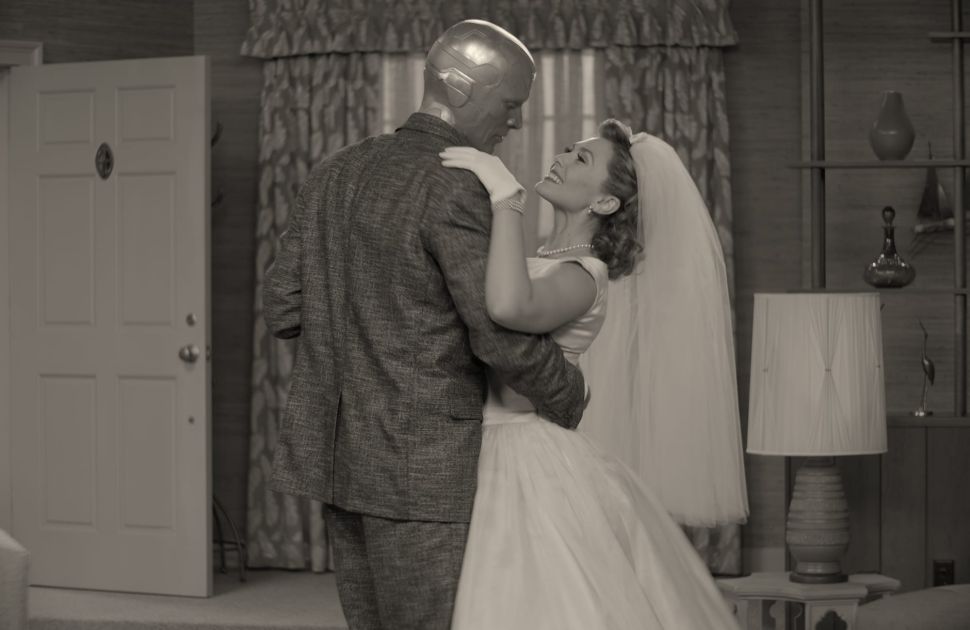