COVID-19 vaccine makers Moderna and Pfizer finally have some answers to their vaccines’ efficacy on the two concerning viral strains that appeared in Britain and South Africa late last year. The news is mixed: While both vaccines are proven effective against the variant detected in the U.K., it might take an all-new vaccine to combat the South African strain.

Moderna said on Monday that recent lab tests showed that its mRNA-1273 vaccine was just as effective at protecting against the British variant as the original viral strain originated from Wuhan, China. However, monoclonal antibodies triggered by the vaccine were less effective at neutralizing the South African variant in a lab dish. Moderna reported a sixfold decrease in the antibodies’ ability to block the South African variant—which was still above the threshold for efficacy, but was concerning, the company said.

To prepare for the worst, Moderna said it will launch two studies to fight the South African variant: one to test a third shot for its current two-dose vaccine (mRNA-1273) to boost efficacy and the other to develop a new vaccine (mRNA-1273.351) specifically targeting the South African strain. Phase 1 trial of mRNA-1273.351 is expected to start in the U.S. in the coming months.

“We are encouraged by these new data, which reinforce our confidence that the Moderna COVID-19 vaccine should be protective against these newly detected variants,” Moderna CEO Stéphane Bancel said in a statement on Monday.

“The virus is changing its stripes, and we will change to make sure we can beat the virus where it’s going,” said Moderna president Stephen Hoge in an interview with The Washington Post. “The unknown is: Would we feel it’s necessary to do that? Would public health officials want this at that point or would they still be comfortable? What we’re trying to do is create an option.”

Moderna’s data on the British viral strain is similar to findings released last week by Pfizer and BioNTech, the makes of the other FDA-authorized vaccine (BNT162b2) on the market. Pfizer didn’t address the South African variant.

Studies by researchers in South Africa have found that the local variant was highly resistant to antibodies generated by an earlier infection, meaning that people who have contracted the original coronavirus and recovered could be infected again by the new viral strain. 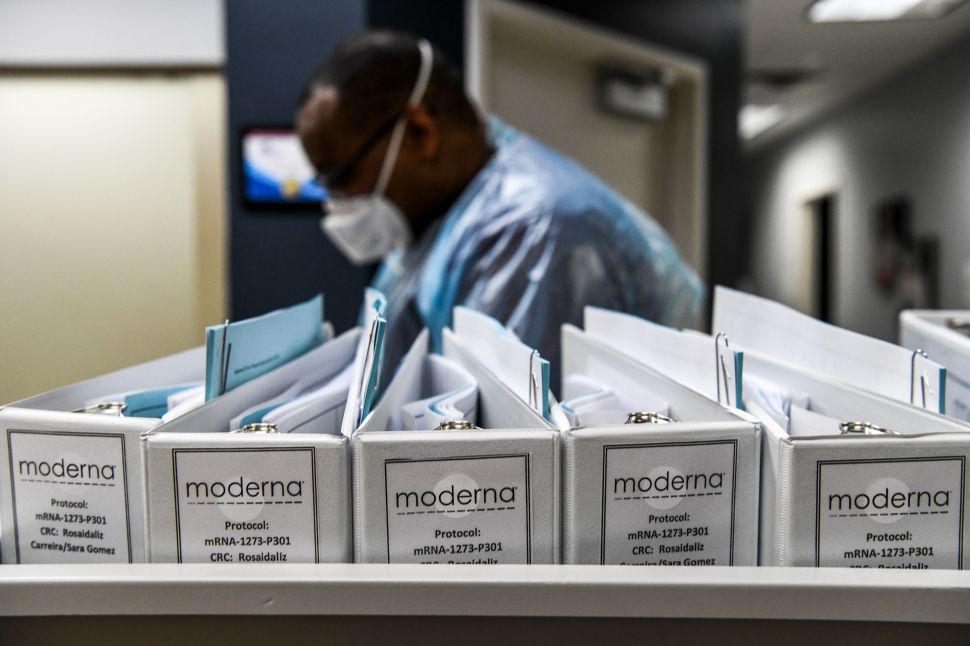