Since the beginning of the pandemic, museums and galleries have been particularly vulnerable to theft: without the constant stream of visitors prompting the watchful eyes of security guards, institutions have been standing empty and static for long stretches of time. This is the perfect time for burglars to take advantage of lapses in security, and they know it. On Monday, Italian officials arrested a 36-year-old man on suspicion of receiving stolen goods after a 500-year-old copy of Salvator Mundi by Leonardo da Vinci was found stashed in his bedroom cupboard. According to Italian police, the painting belongs to the collection of the Doma Museum at the San Domenico Maggiore church in Naples.

However, the Doma Museum has been shut down for months, and apparently, no one at the institution noticed that the painting, which is believed to have been painted by the artist Giacomo Alibrandi, was gone or even reported to the police that it was missing. “The painting was found on Saturday thanks to a brilliant and diligent police operation,” Naples prosecutor Giovanni Melillo said in a statement. “There was no complaint on the matter and in fact we contacted the (church) prior, who was not aware of its disappearance, as the room where the painting is kept has not been open for three months. Whoever took the painting wanted it, and it’s plausible that it was a commissioned theft by an organization working in the international art trade.”

In 2020, a similar series of thefts occurred when the Frans Hals painting Two Laughing Boys with a Mug of Beer disappeared from Museum Hofje van Mevrouw van Aerden in Leerdam, which was also shut down due to the virus. Shortly before that theft took place, another Dutch museum nearby, the Singer Laren Museum, was robbed of Spring Garden by Vincent van Gogh. Whether or not all these thefts are connected remains to be seen, but it’s clear that museums need to be more vigilant in protecting their collections, even and especially when no one’s visiting. 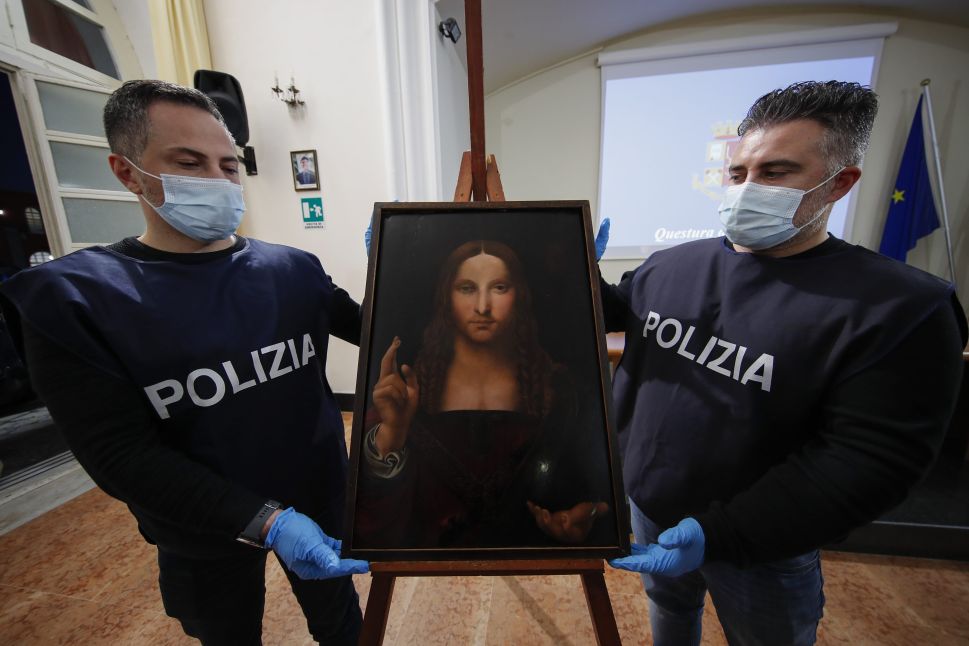