As we approach the one-year mark of the coronavirus pandemic here in the United States, the entertainment industry faces the prospect of yet another avalanche of blockbuster release delays. While new film content trickled in from streaming, premium video on demand, and other sources last year, it was hardly consistent. If Hollywood is indeed forced to postpone its major releases through the first half of the year, Netflix is ready and willing to fill the void.

The streamer announced today that it will release upwards of 70 original new films in 2021 alone, making good on the company’s promise two years ago of a “cinematic onslaught.” For comparison, Disney, Warner Bros., and Universal (the three biggest major motion picture studios) combined to release 82 theatrical films in 2019.

Now, as we all know by now, not every single Netflix movie is, ahem, a must-watch title. But the streamer’s 2021 slate has a handful of highly intriguing new movies that may very well be worth your time (the gut-wrenching Piece of a Woman, featuring an Oscar-worthy performance from Vanessa Kirby, is already available to stream as of last week).

If you’re looking for action, Zack Snyder’s Army of the Dead and the original big budget blockbuster Red Notice, starring Dwayne Johnson, Gal Gadot and Ryan Reynolds, sound mighty appealing. Army of the Dead takes place after a zombie outbreak in Las Vegas where a group of mercenaries venture into the quarantine zone to pull off the greatest heist ever attempted. Red Notice follows an FBI agent (Johnson) on the hunt for the world’s most wanted thieves (Gadot, Reynolds). The latter cost Netflix a pretty penny.

Romance fans can cozy up to the sweet familiarity of trilogy-capping YA flicks like Kissing Booth 3 and To All The Boys: Always and Forever. With the potential of a second lockdown looming, there are worse ways to spend your time than schmaltzy high school drama that has already hooked you for two movies apiece.

Filmmaker Adam McKay (Vice, The Big Short) is cooking up another political satire with the comedic disaster movie Don’t Look Up about a group of astronomers embarking on a media tour to warn the world of an approaching asteroid that will destroy Earth. The film has recruited arguably the best cast in decades with Meryl Streep, Leonardo DiCaprio, Jennifer Lawrence, Cate Blanchett, Timothee Chalamet, Jonah Hill, Ariana Grande, Chris Evans and even more A-list star power. Elsewhere, Lin-Manuel Miranda is making his feature directorial debut with the upcoming musical tick, tick…BOOM and there are dozens of other films that hold promise for one reason or another.

So while Netflix’s endless sea of content may often make you feel like your wading through the shallow end, the 2021 film library boasts more potential than usual from first glance. Here’s the full list of upcoming releases:

A Castle for Christmas

Afterlife of the Party

Army of the Dead

A Winter’s Tale from Shaun the Sheep**

Back to the Outback

No One Gets Out Alive

Outside the Wire (January 15)

Pieces of a Woman (January 7)

The Hand of God*

The Harder They Fall

The Last Letter from Your Lover**

There’s Someone Inside Your House

The Woman in the Window

To All The Boys: Always and Forever

Trollhunters: Rise of the Titans 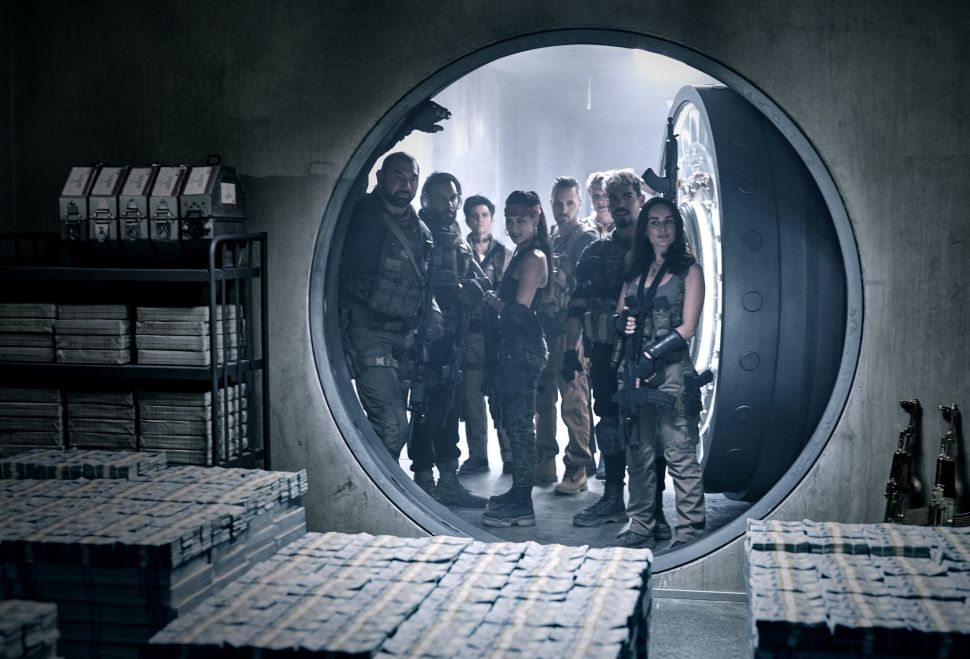