Earnings reports are always a bit dry and inside baseball for the casual entertainment industry observer. But if you think about them more like reports cards you were either eager to show off to your parents or desperate to hide away as a kid, they make a bit more sense. They mark the progress, or lack thereof, of a given company and provide a snapshot of their recent health. Later today, Netflix will conclude its fiscal 2020 with its Q4 earnings report after a year of wild swings across the spectrum of success and failure.

Overall, Netflix saw its stock price grow by 62% over the 12-month period, largely aided by the coronavirus pandemic lockdowns that helped to add 28.3 million paid subscribers in the first nine months of the year. The market-leading streamer boasted 195.15 million paid subscribers globally as of Q3 2020, making it the largest TV provider in the world. So far, so good.

Netflix spent upwards of $17 billion on content in 2020 alone. Yet Wall Street continues to afford tech stocks much longer leashes compared to their legacy compatriots. Since 2016, the streamer’s stock has grown at an average annualized rate of 37.5%. In other words, despite the business model failing to consistently return profits, it continues to be rewarded within the stock market ecosystem at large.

Both industry analysts and Netflix leadership warned that the company’s unprecedented performance in the first half of 2020 was an unsustainable pull-forward boosted by COVID-19 forced lockdowns. Through the first six months of 2020, Netflix added 26 million new subscribers as compared to just 2.2 million new paying customers in Q3.

Notable Q4 original releases for the platform include The Queen’s Gambit, The Crown, Bridgerton, George Clooney’s The Midnight Sky and Lupin. Sussing out Netflix’s true viewership ratings is a Sisyphean task, but Entertainment Strategy Guy pegs Q4 as a healthier stretch than Q3 in average weekly viewership. 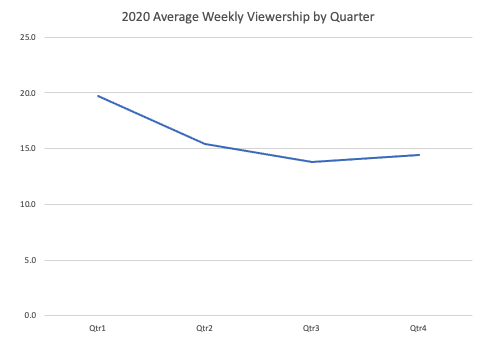 According to market intelligence company SimilarWeb, which uses site traffic to project quarterly growth, netflix.com monthly unique visitors from North America in Q4 experienced a slight dip from October (56.5 million) to November (56 million), but ended the year up at 57.9 million. This is still a 4% drop from the recent August peak of 60.5 million. As growth had largely plateaued domestically prior to the pandemic, this is not wholly unexpected.

Netflix’s greatest advantage in the increasingly crowded streaming wars is its unrivaled years-long investments in overseas regions. Internationally, December marked a high point with 140.5 million unique website visitors, marking an increase of 10% from September’s 127.7 million and 21% from the previous December (115.8 million) when Henry Cavill’s smash hit fantasy series The Witcher was released. 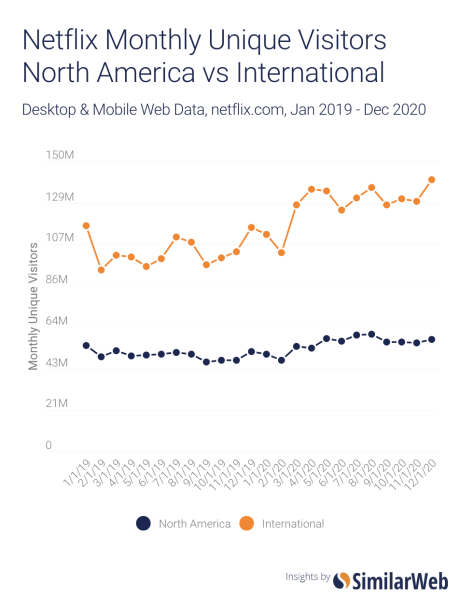 Based on the company executives’ projection, Netflix’s subscriber base will grow to 201.15 million by Q4, furthering its customer lead in the so-called streaming wars. Hitting this mark would represent an improvement of more than 20% in subscriber growth year-over-year (YoY). Similarly, the company projects an earnings per share (EPS) increase of 3.8% to $1.35 and a 20.2% revenue uptick to $6.57 billion. According to Zacks Consensus Estimate, the Netflix EPS increase is set to be 6.2%, reaching $1.38. Revenue for the to-be-reported quarter (Q4 2020) is forecast to rise by 20.8% to $6.60 billion.

We know that’s a lot of numbers to throw at you all at once. But with a recent price hike coupled with incremental growth in Q4, revenues are naturally expected to rise as well. The key to monitor will be subscriber retention from previous 2020 quarters and growth in Q4. 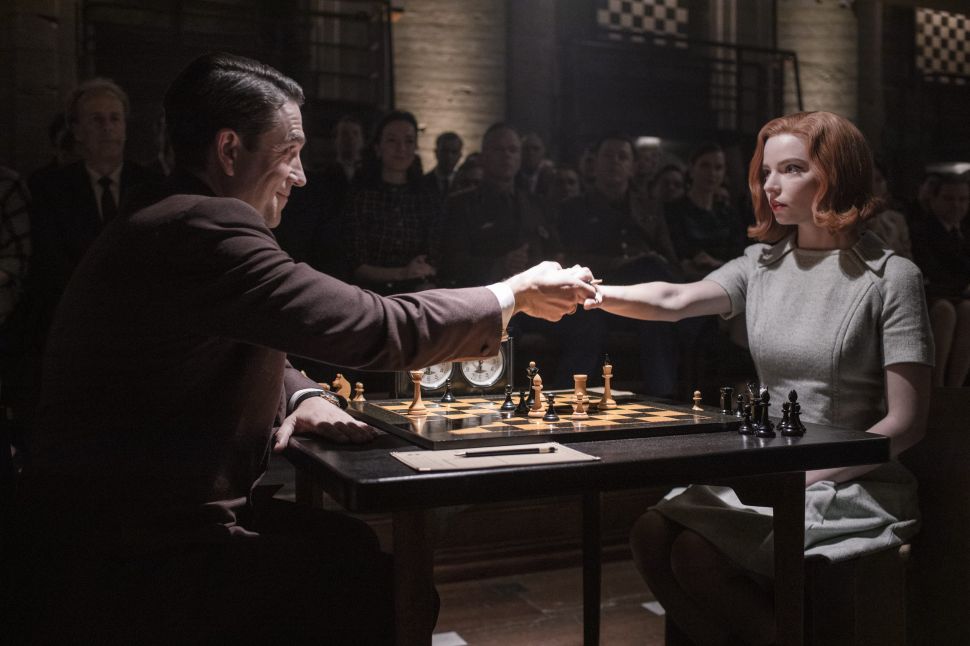