Hollywood has been transfixed with the DC and Vertigo comics title Sandman over the last decade. Infamously, Joseph Gordon-Levitt was attached to star and direct a film adaptation of the dense and fantastical tale for New Line before departing over creative differences. Ultimately, the project wound up stalling out. Since then, however, Netflix has swooped in its never-ending quest to accumulate high-profile intellectual property that will ideally move the needle. Now, the streaming network has finally put together a full cast for its mysterious take on the long-gestating comic.

The Sandman is a new dark fantasy Netflix series based on The Sandman comic book series created for DC by Neil Gaiman (Good Omens, Coraline). Gaiman is also an executive producer and co-writer. The series is produced by Warner Bros. Television. A rich blend of modern myth and dark fantasy in which contemporary fiction, historical drama and legend are seamlessly interwoven, The Sandman follows the people and places affected by Morpheus, the Dream King, as he mends the cosmic — and human — mistakes he’s made during his vast existence.

Tom Sturridge (Velvet Buzzsaw) will star as Dream, the Lord of the Dreaming; Gwendoline Christie (Game of Thrones) will star as Lucifer, the Ruler of Hell; Vivienne Acheampong (The Witches) is Lucienne, chief librarian and trusted guardian of Dream’s realm; Boyd Holbrook (The Predator) is The Corinthian, an escaped nightmare who wishes to tase all that the world has in store; Charles Dance (Game of Thrones) is Roderick Burgess, Charlatan, blackmailer and magician; Asim Chaudhry is Abel with Sanjeev Bhaskar as Cain, the first victim and the first predator, residents and loyal subjects of the Dream Realm.

“For the last thirty-three years, the Sandman characters have breathed and walked around and talked in my head,” Gaiman said. “I’m unbelievably happy that now, finally, they get to step out of my head and into reality. I can’t wait until the people out there get to see what we’ve been seeing as Dream and the rest of them take flesh, and the flesh belongs to some of the finest actors out there. This is astonishing, and I’m so grateful to the actors and to all of The Sandman collaborators — Netflix, Warner Bros., DC, to Allan Heinberg and David Goyer, and the legions of crafters and geniuses on the show — for making the wildest of all my dreams into reality.”

Sandman will concurrently extend its run on Audible as the company has ordered two more audiobook seasons based on the graphic novel series.

While comic book properties continue to be the single-most popular storytelling lane in all of Hollywood, The Sandman is a more niche title compared to the world-consuming success of Marvel’s Captain America and Iron Man or the never-ending interest in new takes on Batman. Fans of Gaiman’s previous on-screen work such as American Gods and Good Omens know that his tastes and stylings are refreshingly left-of-center. That may not lend itself to the most widely accessible mainstream series, but it certainly has captured our interest. 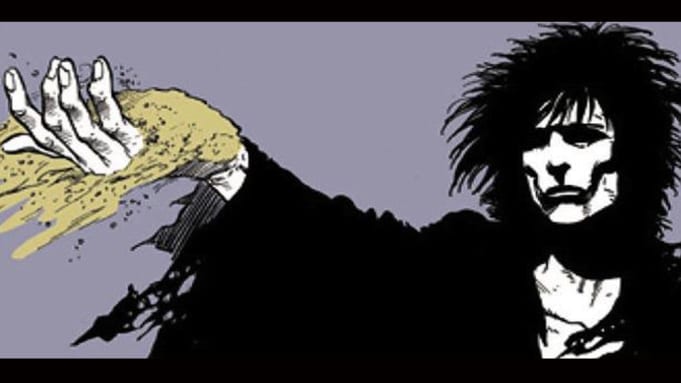