Earlier this week, ViacomCBS announced that its long-awaited rebrand of CBS All Access into a “super service” will officially arrive on March 4. The company is positioning the new streamer, Paramount+, as a legitimate rival to market leaders such as Netflix and Disney+. But for as successful as CBS All Access’ burgeoning small screen Star Trek empire has been, the platform—not unlike the XFL hoping to steal attention away from the NFL—is facing a tumultuous uphill battle to join the ranks of its incumbent competition.

One way to jumpstart Paramount+ is to hurt Netflix and help itself in one swift move, though doing so will require some nimble dexterity. It’s unknown how long the licensing agreement between Netflix and ViacomCBS regarding the animated Avatar: The Last Airbender and Avatar: The Legend of Korra Nickelodeon series lasts. The former rejoined Netflix in May with the latter arriving in August for U.S. customers. But, whenever allowed, reclaiming the exclusive broadcast rights to both would provide Paramount+ with an immediate high-viewership legacy franchise.

WhipMedia’s TV Time—a multi-platform, virtual TV tracking community of millions of users that use the app to track and react to the cable, broadcast, and OTT show they’re watching—explored the potential growth benefits to gain an audience of its own. 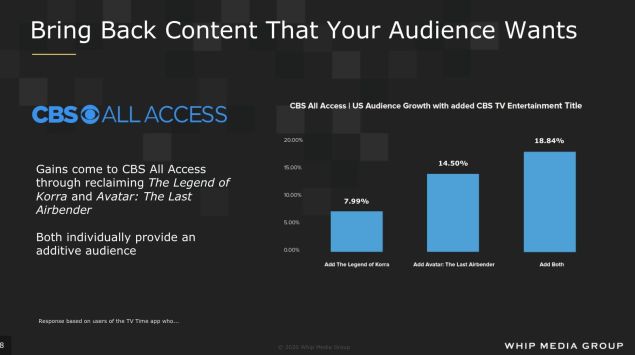 Though these shows first ran on CBS All Access prior to licensing to Netflix, returning these shows to the All Access platform after a Netflix run would likely bring new eyes to the streamer. Korra provides CBS All Access an 8% growth in audience, and Avatar would bring in 14.5%. Adding both is again the most beneficial (18.8%), though we do see a stronger overlap in audience between these two titles since they’re part of the same series.

According to Reelgood data provided to Observer, Airbender spent two months as one of the 25 most-watched shows on Netflix following its May 15 arrival. According to Nielsen data, The Legend of Korra (which arrived on Netflix August 14) was the second most-watched SVOD program from Aug. 17-Aug. 23 in total minutes watched (1.248 billion) and spent three consecutive weeks in the top-10. Both third-party metrics paint a favorable picture of Avatar popularity.

While Netflix holds the rights to the highly-publicized live-action adaptation of Avatar: The Last Airbender, which has hit several developmental snags, Paramount+ can still develop a live-action adaptation of The Legend of Korra. This would provide the fledgling streamer with a highly sought-after big budget original with a considerable pre-existing fanbase. Each streamer needs a broad appeal genre home run swing to anchor it as a flagship series. Netflix has Stranger Things, Disney+ has The Mandalorian and Amazon Prime Video has The Boys.

Over the last 60 days, Airbender is among the 100 most in-demand shows in the world, according to Parrot Analytics. ViacomCBS leadership is well aware of the global appeal of the animated Avatar universe, as CEO Bob Bakish has previously hinted that new entries in the franchise may be in development for Paramount+. Whenever the company is able to reclaim both series from Netflix, they will be foundational building blocks of Paramount+. 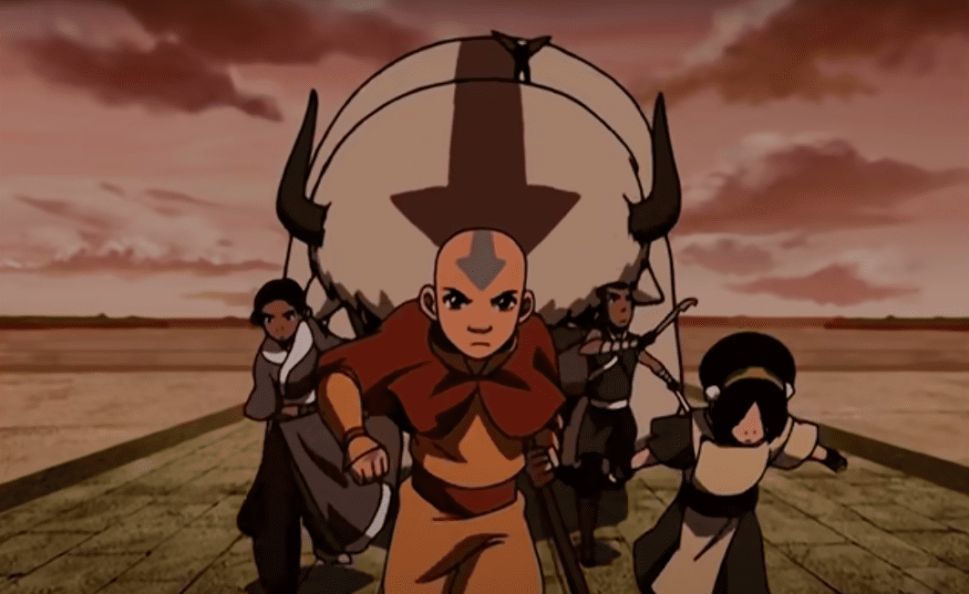