When it comes to mobiles, Alexander Calder is known for both his huge, monumental creations and for the much more delicate confections that also helped to establish his name. On March 23rd, Christie’s is offering a spate of works at auction that attempt to encompass the conversations taking place between 20th century avant-garde artists at the time, and Calder’s work will be at the forefront. The most expensive item being offered at the auction, entitled 20th Century Modern Masters from a Private French Collection, is a 1947 mobile by Calder entitled Submarine Christmas Tree. Christie’s London predicts that Submarine will sell for between £4,000,000 and £6,000,000.

Specifically, Submarine Christmas Tree addresses two of Calder’s main obsessions: the cosmos and the oceans. The charms on the mobile include a smiling sun, an elegant moon and bendy figures that could either be stars or starfish. The work belonged to the French-Lebanese actress Delphine Seyrig for over two decades, and it’s also an example of Calder’s commitment to delicacy and subtlety in his infinitely varied body of work. The Christie’s London auction is also offering work by Jean Dubuffet, Max Ernst, Jean Fautrier, Fernand Léger and Joan Miró.

“20th Century Modern Masters from a Private French Collection reflects the pioneering spirit of the collection with works that, seen together, create a carefully constructed dialogue between movements, artists and continents,” Anika Guntrum an International Director at Christie’s, said in a statement. “The scope of the collection provides insight into those artists…whose vision and innovation defined the 20th century and whose legacy and influence is seen in the artists practicing today.” There’s something especially vulnerable and comforting about Calder’s work, especially in chaotic times: one imagines sleeping beneath one, like an infant in a crib. 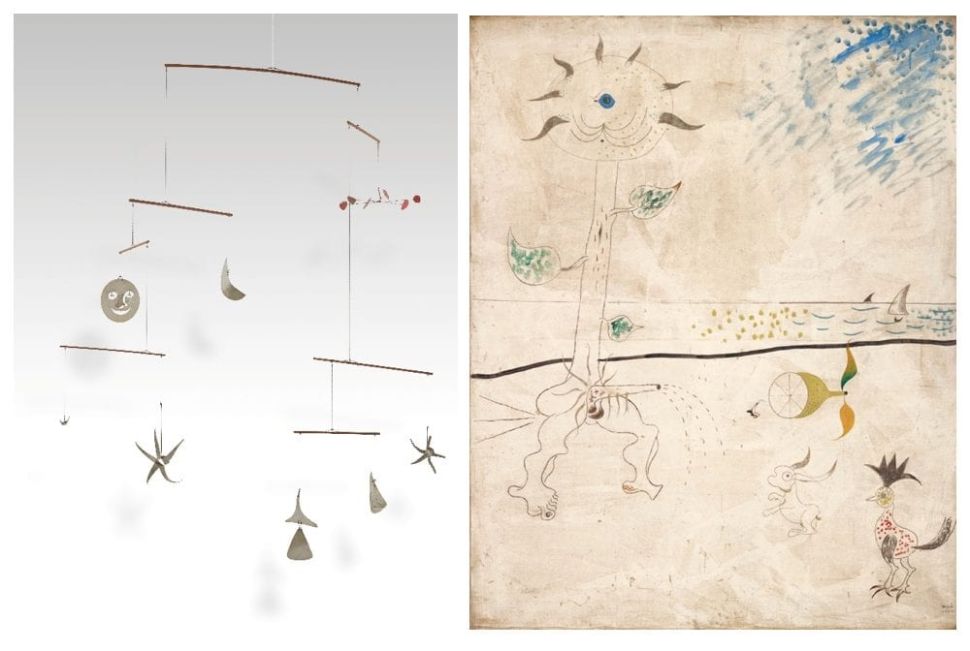