A new study by Pfizer suggests that its COVID-19 vaccine is effective against a mutation in two highly infectious and deadly variants of the coronavirus recently found in the U.K. and South Africa.

The two COVID-19 variants, both identified in early December, have caused serious concerns among the global medical community as they seem to be spreading out of control across not only Britain and South Africa, but also parts of Europe and the U.S.

Both variants involve multiple mutations inside the virus. Researchers found that the COVID-19 vaccine made by Pfizer and BioNTech was effective against one of the mutations the two variants have in common, called N501Y, which scientists believe has increased the virus’s ability to enter human cells.

The Pfizer-BioNTech vaccine also appeared to work against 15 other possible virus mutations, although more testing is needed to confirm efficacy. The vaccine’s impact on a mutation known as E484K, found in the South African variant but not in the British one, has yet to be studied.

Pfizer carried out the study in partnership with researchers from the University of Texas Medical Branch in Galveston. They used blood samples of 20 participants in Pfizer’s vaccine trials to see if antibodies generated in those vaccine recipients were able to fend off the new viral strain in lab dishes.

The study was published on bioRxiv late Thursday. Although results are preliminary and have not been peer-reviewed, “it was a very reassuring finding that at least this mutation, which was one of the ones people are most concerned about, does not seem to be a problem,” Pfizer’s chief scientific officer Philip Dormitzer, told The Associated Press.

Viral mutations are not uncommon in a widespread epidemic. A virus constantly changes as it transmits from one person to the next. Since the COVID-19 outbreak, researchers have recorded thousands of modifications in the genetic material of the coronavirus. Dormitzer said, even if the virus eventually mutates enough to bypass the existing Pfizer vaccine, it wouldn’t be too difficult to tweak the vaccine for it to work.

Other COVID-19 vaccine makers, including Moderna, are conducting similar studies to test if their vaccines work against the new variants.

Pfizer’s and Moderna’s COVID-19 vaccines have been authorized for emergency use in the U.S., the U.K. and Europe. The U.K. has also approved the vaccine made by AstraZeneca and Oxford. 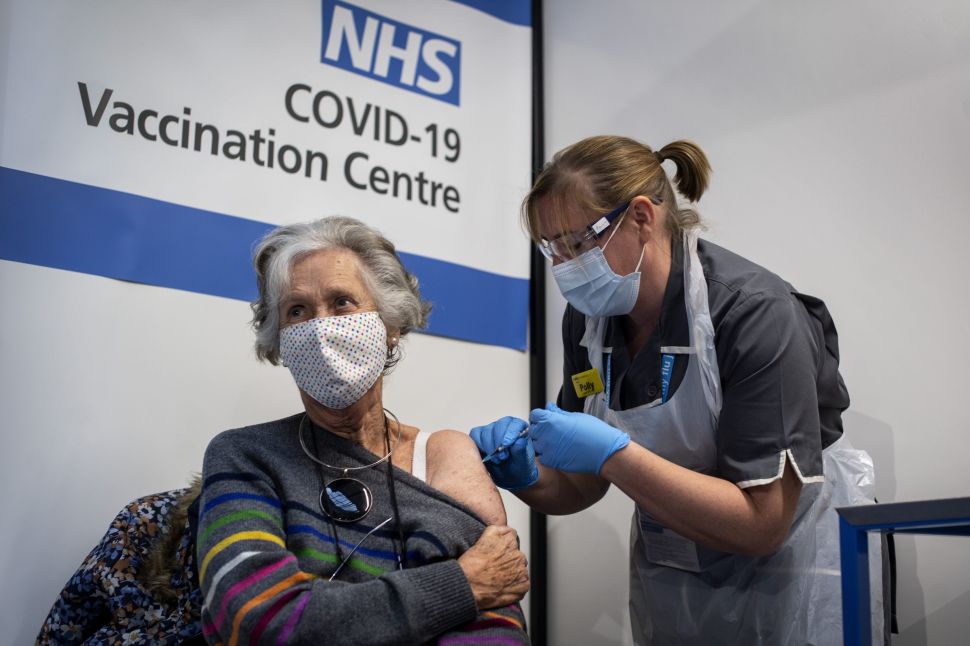