Over the last couple of years, the public’s attention has been understandably pulled away from archaeological and historical matters towards the calamity of the present day, but nevertheless, archaeologically significant discoveries are still being made. Recently, researchers from the Institute of Archaeology and Ethnology of the Polish Academy of Sciences uncovered thousands of nearly 900-year-old silver artifacts near the village of Słuszków, Poland. The items were found in a field near the village’s main road, in a ceramic vessel containing approximately 6,500 silver coins, rings, and ingots. One of the rings bears an inscription which says: “Lord, may you help your servant Maria.” Researchers believe that the Maria named here refers to the Ruthenian Princess Maria, who was the offspring of Svyatoslavovich Isiaslavovich, the Prince of Kiev.

Additionally, the site where the treasure was found is close by a site where 13,061 medieval silver ornaments and coins were dug up in 1935. This 1935 excavation became the largest collection of medieval silver coins in Poland. The newly-uncovered treasure, however, is slightly different. “The rings were probably made using precious stones, polished in a semi-circular way,” Dariusz Wyczółkowski, an archaeologist from the Institute of Archaeology and Ethnology Polish Academy of Sciences, said in a statement. “They are additionally decorated with golden granules. The larger ring is tapered and polygonal, and the smaller one is bar-shaped, with punched holes.”

The prevailing belief among researchers currently is that the newly-uncovered stash was a part of a dowry that was intended for Maria. Maria was eventually married to a Polish noble named Piotr Włostowic, so it’s unclear why her dowry remained buried, but it’s undeniable that the size of the newly-uncovered haul will give researchers much material to parse through as they try to reveal new meanings in the centuries-old coins and rings. “It is one of the most intriguing treasures in Poland,” Dr Adam Kędzierski told The First News. “This is an extremely valuable discovery for archaeologists, historians and museum workers.” 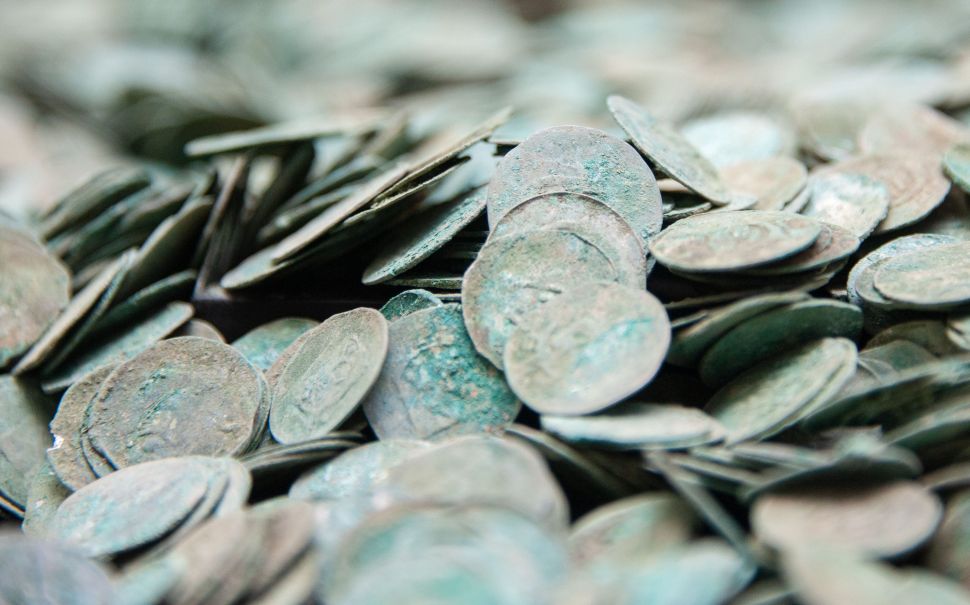