Just over four decades ago, an earthquake ripped through Naples, Italy and forced the shutdown of the Antiquarium museum, which holds some of the most important artifacts salvaged from the ruins of Pompeii. The city of Pompeii, of course, was destroyed by the terrifying eruption of Mount Vesuvius in 79 A.D., and the museum built to hold the surviving artifacts has fittingly faced more than one external threat of its own. In addition to the earthquake, the Antiquarium, which was first built in 1873, was also damaged by bombing during World War II. Now, according to a new report from the Associated Press, the Antiquarium has officially been revived for a new generation, and it was inaugurated by officials on Monday.

At the newly-opened museum, you can see some of the most famous remnants of the Pompeii incident: casts made from the remainders of the city’s residents who attempted to flee the blast, but who were instead killed by deadly magma stones and preserved through the years by volcanic ash. “I find particularly touching the last room, the one dedicated to the eruption, and where on display are the objects deformed by the heat of the eruption, the casts of the victims, the casts of the animals,” Massimo Osanna, the tourism director of Pompeii, told the Associated Press. “Really, one touches with one’s hand the incredible drama that the 79 A.D. eruption was.”

Additionally, potential visitors can expect to see frescoed walls bearing graffiti, eating utensils and even evidence of a restaurant menu, all of which were salvaged from the ancient buried city. During a time in which imminent disaster seems to be the mood percolating through much of the modern world, there seems to be much more that 21st century citizens can relate to regarding Pompeii than may have previously been thought possible. 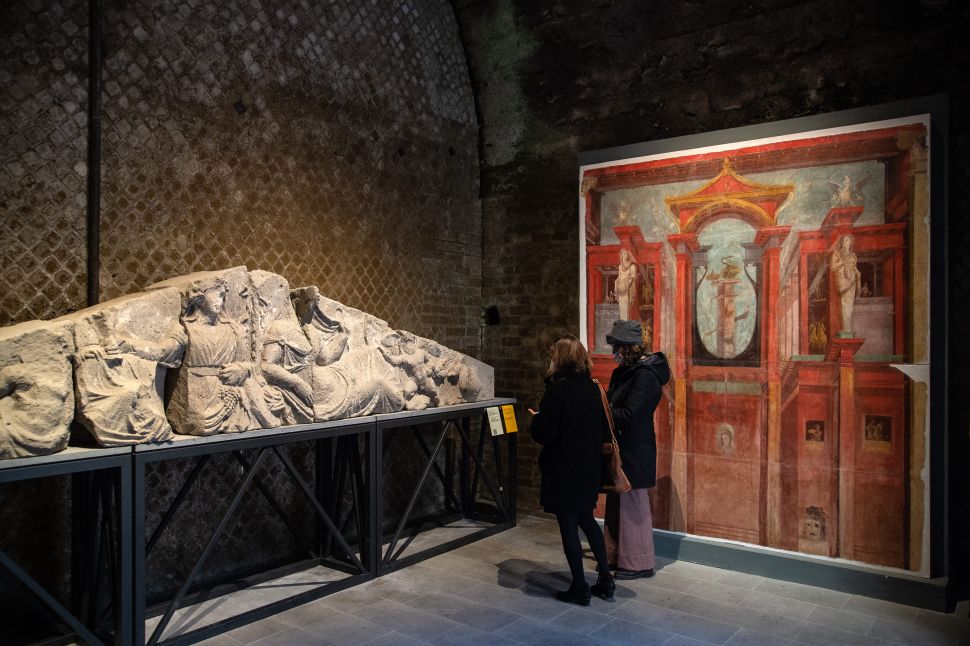