Back in November, the British royal family reunited in London for an important and very somber occasion. Queen Elizabeth, Prince Charles, Camilla Parker-Bowles, Prince William and Kate Middleton, among others, gathered for a socially distanced Service of Remembrance at the Cenotaph, to honor fallen servicemen and servicewomen.

Prince Harry and Meghan Markle weren’t in attendance, as they relocated to Montecito earlier last year, after stepping down from their senior royal roles. At the time, however, it was reported that the Duke of Sussex, who served in the British Armed Forces for a decade, made a personal request for a wreath to be laid on his behalf at the service, and that Buckingham Palace officials denied him permission to do so.

It was also reported that Queen Elizabeth wasn’t even made aware of her grandson’s wish, but according to to Daily Mail royal reporter Rebecca English, the Queen was the one who personally rejected the request, and it took her “all of two seconds” to make the decision.

It was the “Queen alone who was behind the refusal,” per the Daily Mail, and a source told the outlet that “Remembrance Sunday is sacrosanct when it comes to Her Majesty’s diary…It’s one of the most important dates in her calendar and nothing is done without her knowledge.”

The Queen had “very strong views on the subject,” and another source told the Daily Mail that even though the Queen has “enormous admiration for Harry’s achievements both in and out of the military, this was seen as an example of his lack of understanding at what it means for him to be a non-working royal,” and that the Queen is “very firmly of the opinion that you can’t pick and choose what you do when it comes to the institution. Either you are in—or you are out.”

Prince Harry was reportedly deeply upset by the decision, but he did recognize the occasion in his own way, as he and Meghan laid flowers at the graves of two Commonwealth soldiers at the Los Angeles National Cemetery. 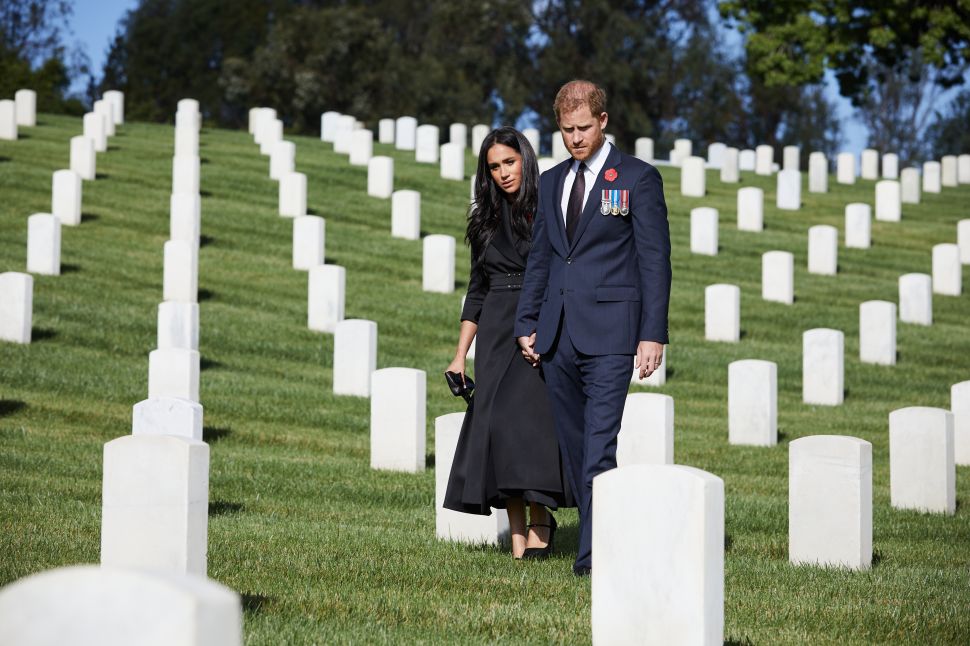