That’s because New York City’s most enjoyable and essential opera festival is back for its customary one week (and change) stint in early January. Since 2013 PROTOTYPE – OPERA l THEATRE l NOW has opened the new year with a mix of thrilling, engaging and sometimes confounding musical theater works, some of them world premieres and all new to NYC.

This year, of course, we in PROTOTYPE’s audience won’t be doing the usual hop-skip-and-jump between curious off-off-Broadway theaters, galleries and nontraditional spaces where the festival ordinarily mounts four or more show daily. But in 2021 PROTOTYPE has adapted its intimate presentation style to mostly online productions in a smooth and seamless manner larger opera companies might well emulate.

My standing rule with PROTOTYPE is to book first the event with the most arcane-sounding title, so this year I was naturally fascinated by a work called Wide Slumber for Lepidopterists. The concept of this musical theater piece is every bit as esoteric as its title, a pairing of sleep studies with lepidoptery using as its text a cycle of poems by a. rawlings. As a young Insomniac (Alexi Murdoch) tosses and turns, two observers (Sasha Siem and Ásgerður Júníusdóttir) comment and reflect in rawlings’ cryptic verse, each line of a dreamlike banality.

The “observers” offer strikingly different vocal styles, one a light pop soprano à la Björk and the other a wide-ranging alto with a broad, throbbing vibrato. The music for the Insomniac lies in a narrow range centered on what I assume to be Murdoch’s natural speaking pitch, giving his vocal lines a curiously unguarded, almost passive quality.

The score by Valgeir Sigurðsson employs the quietly rippling instrumental lines and hypnotic repetition familiar from the minimalist school, though even in depicting this eerie subject the music has a user-friendly quality reminiscent of pop. Listening to it felt not so much harrowing as engaging.

After an hour of Wide Slumber‘s nocturnal reverie, it was refreshing to turn to the crisply day-lit soundscape of Times3, a cheerful and—under the circumstances—optimistic journey through the present and past of Times Square.

The ideal experience with this piece would be to listen to it with headphones while strolling through the titular Manhattan intersection, but it’s effective and charming at home as well. Composer Pamela Z and theatre artist Geoff Sobelle collage city sounds, voice samples of expert commentary and manipulated orchestra parts to create a sound image of a Times Square that seems to exist both now and then, overlaid.

I’m not sure whether this piece was created specifically to address the city’s peculiar current “disused” state, but certain moments evoke the ache of nostalgia. A mention of what goes on under the city streets cues a wistful melody shared between solo violin and trumpet, leading into a sample of the familiar subway announcement “Stand clear of the closing doors, please,” that sounds as long ago and far away as a mother’s lullaby.

Four other presentations, including the immersive in-person experience Ocean Body and the 13-artist collaboration MODULATION, round out the program, mostly streaming free through January 16. 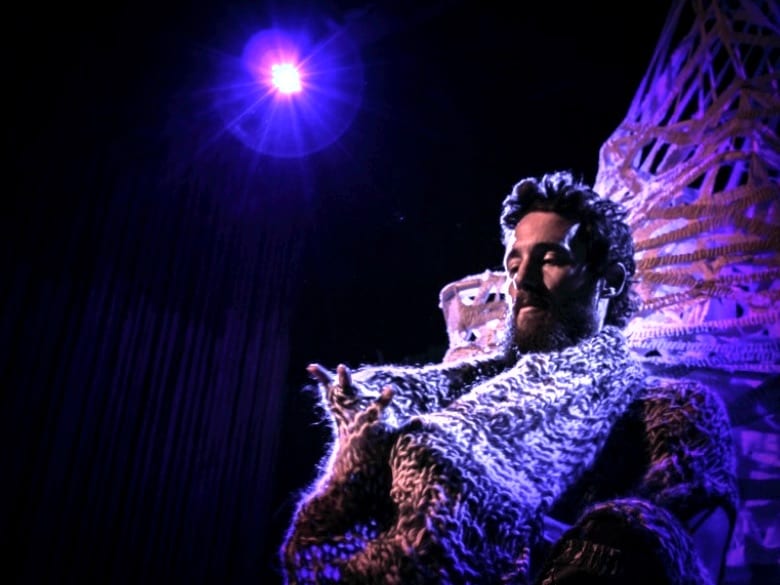