The Queen of Mystery and Mayhem continues to haunt the literary landscape. This past fall a new movie edition of Agatha Christie’s classic crime novel Death on the Nile was scheduled to come out. Instead a new hardback copy was released after the movie was delayed. The film is now scheduled to come out later this year, starring Kenneth Branagh, Gal Gadot, and Armie Hammer.

Born in 1890, Christie’s work has enjoyed immense popularity ever since its release. Her books continue to be best-sellers while her biographies often quip that only the Bible and Shakespeare outsell her work. Novels such as And Then There Were None, Murder On the Orient Express, and The A.B.C. Murders have continued to enjoy popularity beckoning numerous movie and television adaptations since her death in 1976. And with good reason, she practically invented the bestseller modern mystery genre.

Death On the Nile, like a fair amount of Christie novels, is set abroad. The novel was published in 1937 during the interwar period. The novel follows Hercule Poirot, one of Christie’s famous detectives, while he is on vacation in Egypt. Poirot is onboard a steamer going up the Nile River when a murder takes place, followed by another and another. Soon a proper investigation is underway.

The construction of imperialist identity is deeply embedded in the bedrock of British literature, whether this comes in depictions of war and veterans as in Virginia Woolf’s Mrs. Dalloway or reckoning with the legacy of colonialism as in Zadie Smith’s White Teeth. To construct an empire a domain is needed, an ‘us’ and ‘them.’ Christie’s own interests led her directly into this path. Crime novels require an ‘us’ and ‘them’ as well, usually in the form of an evil other. Even cozy murder mysteries demand an outsider lurking around the corner and an explanation of how they became an outsider. If they used to be part of ‘us’ a justification for their turn to evil is needed.

Christie’s novels have not been a stranger to controversy, from having to rename novels to her construction of ‘native cultures,’  as evidenced in A Caribbean Mystery as well as here in Death On the Nile. Her work frequently uses racist language and insults in its construction of ideas around criminality and guilt, whether through offhand comments or outright stereotypes.

Crime novels must be thick with atmosphere. ‘Out there’ locations become familiarized and laden with imagery, while nearby locations are twisted into the less familiar. Either way, evil is outside the pleasant hearth. Agatha Christie’s interest in the “Orient” is pervasive. She often visited famous dig sites and met her second husband and noted archaeologist, Max Mallowan, at one such site in Ur.

Scholars have looked into the melting pot of orientalism, racism, and colonialism in Christie’s work. Mevlüde Zengin has written articles that discuss the work of postcolonial scholar Edward Said, the author of the foundational text Orientalism, in relation to Christie’s construction of the Orient as Other. Still, most analyses of Christie’s work appear to hardly note her history of Orientalism and racism. If they do, they seem to brush it aside, as a 2010 New Yorker profile of Christie seems to. While a deeper analysis of racism and colonialism has begun in literary discourse, Christie appears to have emerged relatively unscathed.

Christie herself acknowledges Death On the Nile as one of her “‘foreign travel’ ones” and believes detective stories have no reason not to be escape literature. The question quickly becomes who is escaping whom and to where?

Her canon often harkens back to the interwar period, musing at the loss of a certain kind of life by placing older investigators like Poirot or Miss Marple alongside younger, wilder characters who have different political or economic stations. Many of these characters have, at least according to Poirot and Miss Marple, loose morals.

Christie constructs an atmosphere of claustrophobic corruption in Death On the Nile. Poirot, while walking through Assuan, “closed in upon” by “infantile riffraff.” The “riffraff” are merchants, who he goes on to call a “human cluster of flies.” Poirot is not the only character who refers to Egyptians this way. The one character who does arguably speak up for Egyptians is denounced as a communist full of venom. The communist, Mr. Ferguson, fetishizes Egypt as a land of perfect workers who apparently don’t see death the same way the West does. After one murder takes place he callously remarks to another steamboat passenger that she should “look on death as the Oriental does. It’s a mere incident–hardly noticeable.” Another murder suspect remarks “There’s something about this country that makes me feel–wicked. It brings to the surface all the things that are boiling inside me.”

Like crime novels must, Death On the Nile has a shining unimpeachable hero. Poirot is a retired police officer, an educated bachelor, and a refugee according to his biography although this is not mentioned in this novel. He quotes extensively from the Bible about covetousness and lets little slip his watchful eye. When Poirot talks it is often in riddle-like dialogue or to dispense advice. He has a lot to say about love and adultery, the body should be second to the mind.

Christie is interested in writing nearly unsolvable puzzles. She often said all her books’ riddles were easily answerable despite often having trick endings. Her puzzles were a small, entertaining way to simplify evil. In Christie’s neat world, condensing evil into a neat puzzle allows us to feel cozier in our houses at night. The coziness of life as we know it can continue thanks to the creation of order by people like Poirot.

It makes sense to want the world to be solvable. To box evil as something outside us. To believe that justice occurs over there to other people and that it is not a communal effort but an individual one. That version of justice requires less work. This is perhaps why Christie is so successful. Her puzzles are good, soapy fun. Her prose is more like a play than a novel with stories being told mostly through dialogue. They are the epitome of the beach read. This quick fix can be comforting, like a story we already know. Some have theorized that this is why shows like Law & Order: SVU are so popular. We want to believe justice is doled out somewhere, in a neat hour or two hundred pages.

But as we have seen year after year, comfort reading is usually only comforting for some. If some readers can easily skip over Christie’s racist remarks or descriptions of people as “human clusters of flies,” many other readers cannot or will not.

It has become a tiresome refrain: do we force old texts to adhere to “what we now know?” As if, in Christie’s time, Egyptian writers were not writing of their own experience.

Looking at Death On the Nile or any such novel as a work of political discourse is ill-fated. Of course Christie was a product of her time. And still, readers will find her work comforting, like reading an old Bible verse even if one no longer believes or a sonnet one has heard too many times. Simple tales of right and wrong need broad brushstrokes and phantoms in the distance, but what they don’t need are complex characters with chewy backstories. While there is a pleasure in reading tales, they also create an important imperative to diversify a literary diet and seek writers whose work can offer counterbalances to the pacifying pastorals of writers like Agatha Christie. 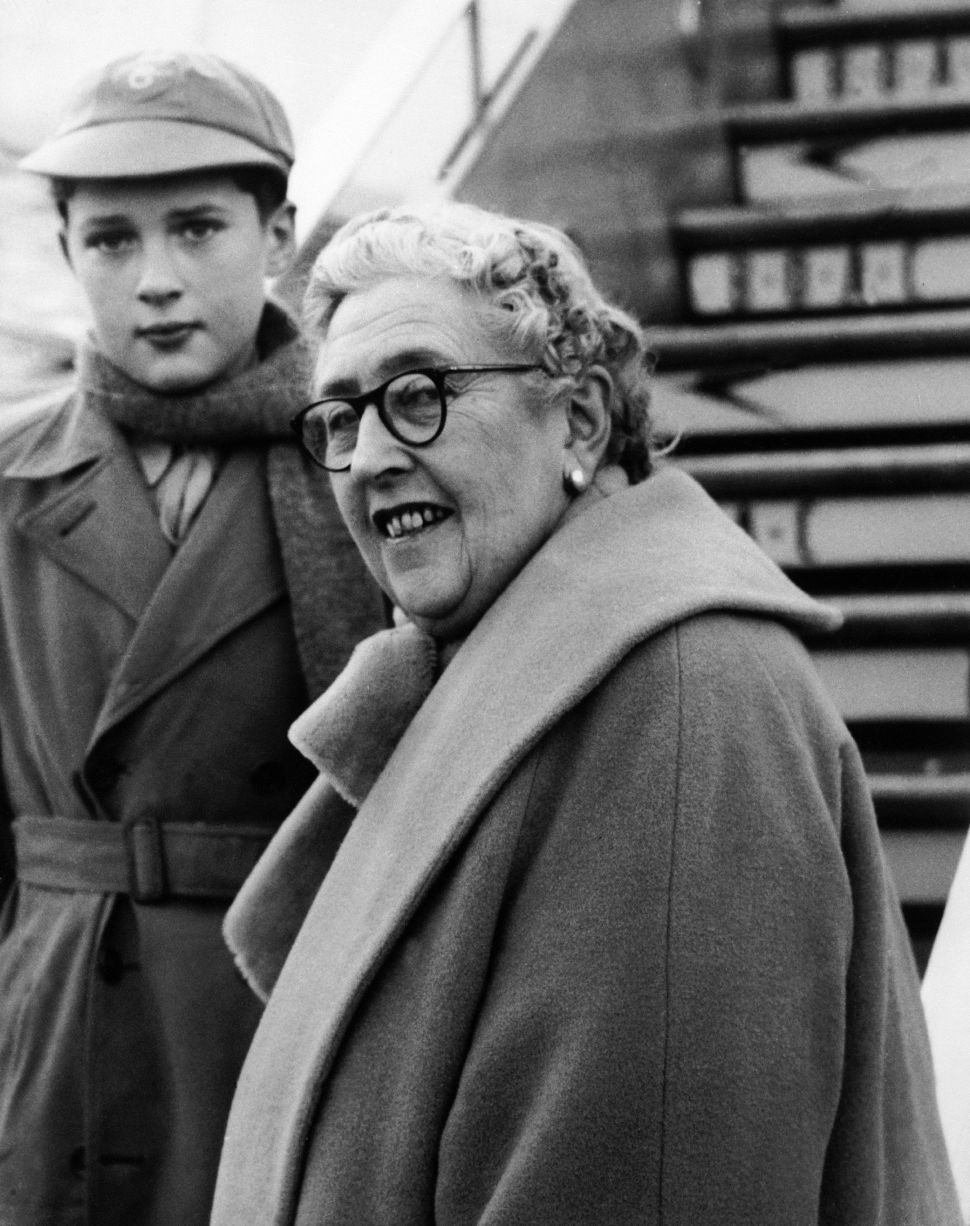