Richard Serra is a highly decorated artist from the Process Art movement; a deeply respected maximalist whose use of non-traditional materials have garnered him the “genius” label more than once, as well as the insignia of Chevalier of the French Legion of Honor. However, his work’s presence in nature often leaves it vulnerable to people who potentially mean harm, which is exactly what happened recently in Qatar. East West/West East (2014), which is located in the Qatari desert and which was commissioned from Serra by the Qatari Royal Family, has reportedly recently sustained graffiti and scratches on its surfaces. East West/West East consists of four huge steel plates spread out over Brouq Nature Reserve, and it also happens to have sustained vandalism in the past.

When Serra executed his monumental vision with East West/West East, his intention was to make “a place within a place that can be viewed as something other than just the purity of the landscape, but gives the landscape a demarcation between East and West and actually measures your own relationship to the land.” However, since Saudi Arabia, Bahrain, the United Arab Emirates and Egypt cut ties with Qatar in 2017, it seems that Serra’s artwork has been used as an outlet by vandals who wish to express their frustration over the cultural sanctions.

According to Qatar Museums, the government authority that’s responsible for the oversight of public works in the country and for Serra’s work in this instance, the people responsible for the latest incident of vandalism have been identified. “The vandals were apprehended by authorities and were referred to public prosecution for the necessary legal action to be taken against them,” Qatar Museums said in a statement. However, Serra’s steel slabs are not the only monumental works of art that have been defaced in recent months. All over the globe, mysterious monoliths have recently been appearing and disappearing just as quickly, and one was even taken down by an American racist group. No matter what the context, it’s hard to protect public art. 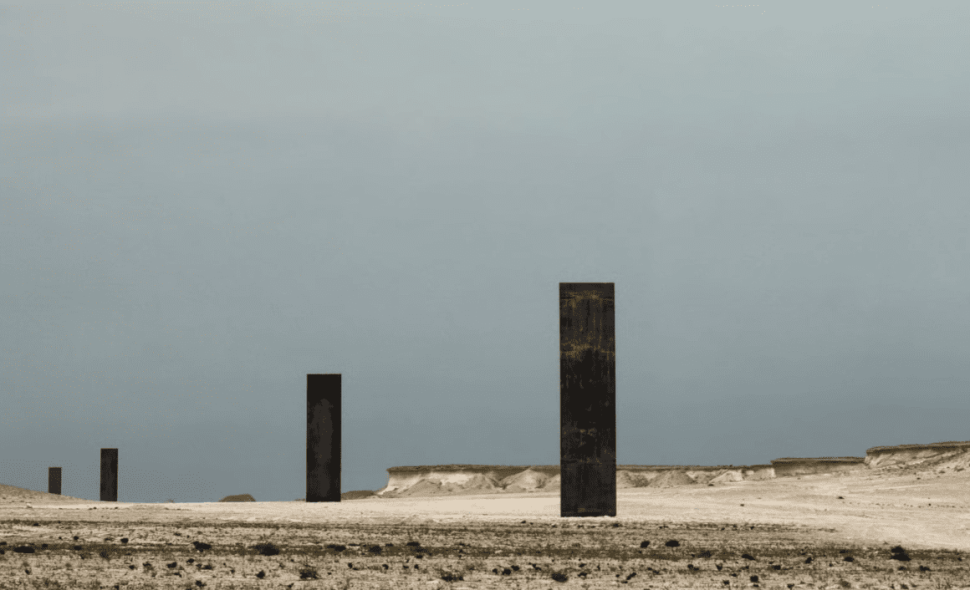