In November, New Zealand space startup Rocket Lab launched a small two-stage rocket called Electron. The crew then successfully recovered the first stage of the rocket, a groundbreaking moment for the company. The recovery test is a major step in Rocket Lab’s plan to commercialize reusable rockets, a sector pioneered by Elon Musk’s SpaceX.

Rocket Lab isn’t worried about competing with SpaceX, though, because not all reusable rockets are the same. For starters, Rocket Lab’s Electron is four times smaller than a SpaceX Falcon 9 and is therefore significantly cheaper to use. (A Falcon 9 mission costs between $50 million to $70 million, whereas Electron starts at $7.5 million.)

And despite its petite size, Electron holds the potential for massive, deep-space missions. The rocket is expected to launch a lunar spacecraft called CAPSTONE for NASA next year and send a life-hunting satellite to Venus in 2023.

In an interview with Observer in December, Rocket Lab founder and CEO Peter Beck looked back on a tumultuous yet fruitful year for the company, how its reusable rockets is everything but a SpaceX copycat, and how he put himself in a dire position of having to eat a hat.

Observer: Looking back on this crazy time, how do you think 2020 has turned out for Rocket Lab?

Peter Beck: I don’t think anybody hasn’t been affected by the pandemic this year. Our New Zealand launch site was closed for a few months at the beginning of the year due to lockdown. And customers had delays in getting their spacecraft because of supply chain issues.

But I’m super proud that we were still able to operate for the most part of the year and deliver on customers’ missions. Many rocket companies outside America stopped launching. So we provided a really important service to keep the lights on in space, if you will.

It’s been a big year for Rocket Lab. We recovered our first reusable rocket, put our own satellite in Earth’s orbit and made our first acquisition (Sinclair Interplanetary). We’ve also flown more flights than ever. We are actually on track to be the second most frequently launched rocket company in America, just behind SpaceX.

Rocket Lab is often described by the media as an emerging rival to SpaceX because you both make reusable rockets. But your rocket is very different than SpaceX’s Falcon 9, and it’s made for a very different market. Can you talk a bit more about that?

There are a lot of similarities and differences between us and SpaceX. What we have in common is that we are the only two private companies that have ever successfully launched a rocket to orbit and brought it back to Earth. But our launch vehicles are tailored for different markets. While SpaceX is building bigger and bigger rockets, we make a much smaller launch vehicle dedicated for small satellites.

See Also: How Dead Rockets Could Save An Aging International Space Station

We also differ in landing process. SpaceX uses propulsive landing, whereas we use a slightly different technique where we catch the rocket as it descends under a parachute with a helicopter. But the fundamental challenge is the same, which is getting through Earth’s atmosphere.

The Electron rocket completed a big test last month. What does it mean in Rocket Lab’s path to reusability?

The test was one of the first demonstrations of all the recovery technologies we have developed so far. And from here, we will do several similar flights next year with the goal to fully re-fly a booster.

We are already planning to reuse some of the components from the vehicle in the last test. So, in a couple of rockets’ time, the Electron will fly again with a number of components from that reused launch vehicle.

How far is Electron from commercialization and being used for regular missions?

It’s a very difficult task, and we are far ahead of where we thought we would be. The last flight gave us huge confidence; we recovered the rocket in much better condition than we’d expected. I’d say we are about 30 percent done from where we ultimately want to be.

I know that Rocket Lab actually started out building expendable rockets. You even said you’d literally eat your hat if the company ever went down the reusability route. What prompted you to make that strategic shift eventually?

When we originally designed Electron, we looked into using propulsive landing for recovery (like SpaceX). But for a small launch vehicle, that was just not feasible.

But once we started flying the vehicle and gathering the data from it, we realized that, if we could employ some different landing techniques, we might actually be able to make this reusable.

About a year ago, we started looking into the feasibility of various approaches. And we came up with a method that would let the atmosphere do the majority of the work and make Electron reusable.

Another Rocket Lab project that’s gotten lots of attention recently is the Venus life-hunting satellite, Photon, especially since scientists discovered phosphine, a possible sign of life, in Venus’ atmosphere in September. Rocket Lab actually began working on the project before the phosphine discovery. How did it all start and what was the goal?

Venus has always held a lot of interest for me personally. It’s much more similar to Earth than Mars is, to begin with. It has been hypothesized since the 1980s that there could be some forms of life in Venus’ clouds.

We started the Photon mission around the same time we won the CAPSTONE contract, because the spacecraft we’re building for NASA to go to the moon is not that much different than the spacecraft we are sending to Venus. So, it gave us a really great springboard.

It’s a privately funded mission. I think it’s fundamentally important for two reasons: one, we have the resources to do it, so it’s just unacceptable to not try. And secondly, we think it really demonstrates what a small launch vehicle, coupled with a small satellite, can accomplish in interplanetary science.

So, instead of doing large missions once every decade, we want to prove that we can fill lots of small missions in between to advance state-of-the-art planetary science.

Rocket Lab is backed by a roster of powerful industrial investors. You’ve said you have no plan to take the company public. In fact, most space companies are private, even when there seems to be huge investor interest in the market. From an insider’s perspective, is there a reason why they prefer that way?

I think part of it is simply the fact that the majority of folks running space companies are billionaires. Let’s be honest about it. I think I’m the only non-billionaire in this sector. So, if you have access to those kinds of capital, it kind of negates the necessity to raise money on the public markets. 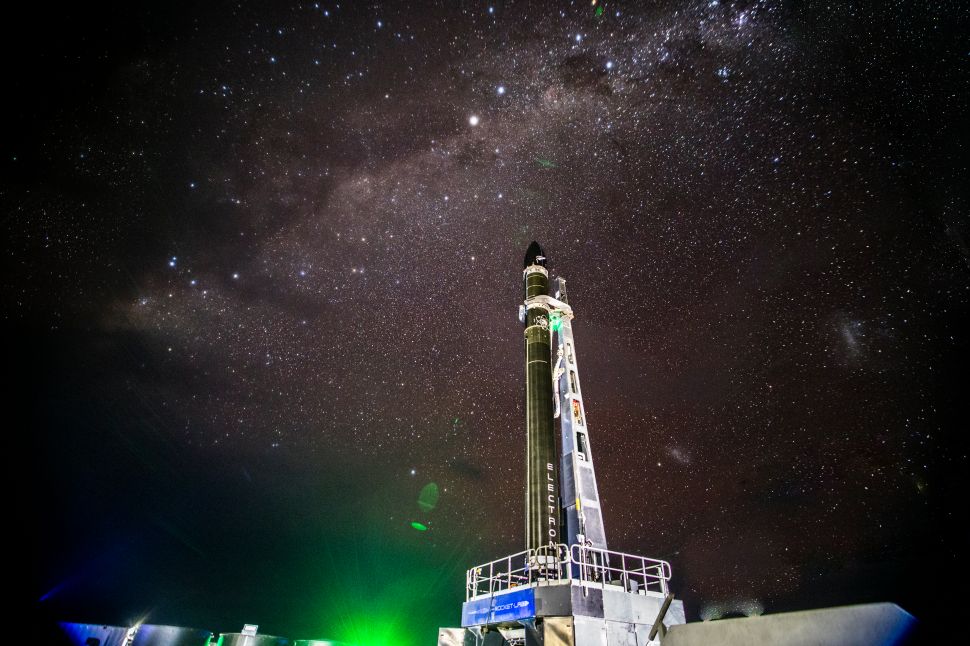