After two decades of ownership, Sarah Jessica Parker and Matthew Broderick have bid adieu to their West Village townhouse. The couple purchased the 4,182-square-foot home for $2.99 million in 2000, a few years after their 1997 wedding. Parker and Broderick have reportedly been quietly shopping around the Charles Street property for nearly a year, with a $19 million price tag in mind.

Parker and Broderick have now officially parted ways with the three-story home, netting precisely $15 million in the sale, per property records first spotted by the New York Post.

The home dates back to 1905, with a quintessential New York stoop that Carrie Bradshaw would surely approve of. Parker and Broderick never publicly listed the home, but they reportedly spent millions gut renovating and remodeling the New York residence over the years. Parker did give a peek into the chic townhouse back in 2014, during a “73 Questions” video interview with Vogue, including a glimpse into her cozy living room, which features green walls, a fireplace, built-in bookshelves and a velvet couch.

At the time, the Sex and the City actress said she and Broderick, who have three children, had lived in the home for about 13 years, and that she didn’t ever see herself leaving New York “voluntarily.” Indeed, Parker and Broderick aren’t packing it up from the city altogether, as they’re just moving a few blocks away.

The couple paid a total of $34.5 million for two adjacent townhouses right nearby, on West 11th Street, in 2016, and embarked on construction shortly thereafter to combine the two properties and create one palatial townhome. Now that they’ve sold their longtime West Village abode, it seems likely they’re preparing for an imminent move into their newly upgraded and expanded mega-mansion. 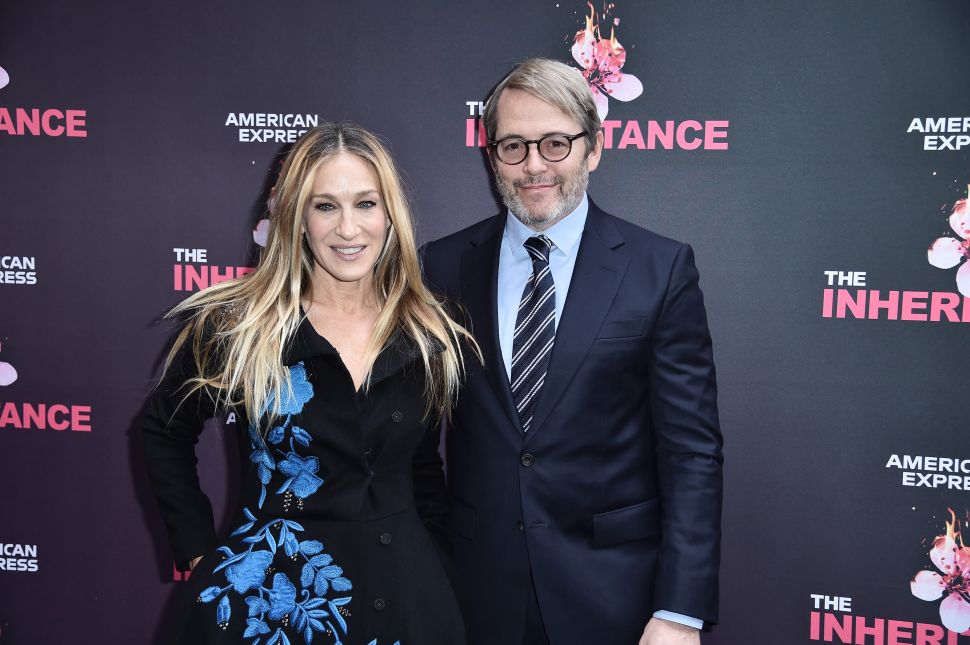