To be any kind of creative worker in America in 2021 is to understand, intuitively if not explicitly, that the ongoing unraveling of life as we know it will soon render formerly semi-secure ideas about employment definitively impossible. Within journalism, the canary has been screaming its head off in the proverbial coal mine for years, if not decades: reportorial jobs are evaporating, and the ones that remain often involve a constant churn of content that enriches neither the writer nor the reader. A chasm has been forming that places legacy journalists on one side of a crevasse, who through sheer lucky timing can probably continue to pull six figure salaries indefinitely unless they decide they can no longer deign to be edited or an explicit catastrophe takes place.

On the other side of the crevasse is an entire generation of white-hot, blistering talent that’s quickly discovering that the structures they need to prop them up simply aren’t in place. Much has already been written about journalists flocking to Substack, a three-year-old platform that enables writers to offer free or paid email newsletters to subscribers, in lieu of remaining on staff at one of the dwindling number of legacy publications.

For fledgling visual artists, the path forward is just as uncertain, if not more so, and a similar crevasse exists. On one side sits the blue chip celebrities, who enjoy the fruits of huge sales at auction and the validation of mid-career museum surveys. On the other are scores of painters, illustrators, cartoonists, sculptors, mixed-media virtuosos and others who have no idea whether they’ll be able to establish themselves in the same manner as the talent of the past.

Substack, which managed to raise $15.3 million in Series A funding in the summer of 2019, has positioned itself as something of a silent partner; a backdrop for established writers interested in monetizing their large audiences directly (Substack hasn’t responded to Observer’s requests for comment). In exchange, Substack takes a 10% cut of whatever revenue the creative happens to drum up, and the company has also solicited applications for a $100,000 “senior fellow” grant. Recipients of Substack grants receive “coaching, advice, and support” from various experts selected by Substack, all of which is intended to help independent writers survive on their own.

It’s clear that the full potential of visual artists making use of Substack has yet to be realized, but there are inklings that such a shift may be beginning to take place. Kimberly Drew, the visionary curator, author and digital strategist who first garnered attention via her Black Contemporary Art Tumblr blog, runs a very Tumblr-like Substack called Something I Saw where she occasionally posts images of works of art she finds to be striking.

Another Substack focused on the visual arts is Out of the Cube, managed by the art consultant and author Gavriella Abekassis, which offers specialized advice for artists looking to increase their sales and form fruitful business relationships online. Indeed, the most popular (paywalled) post on Abekassis’s Substack is entitled “In-depth article: why should artists send a weekly newsletter?”

“While working in art galleries, I was intensely looking for the thing I could bring to the visual art industry,” Abekassis told Observer. “I quickly noticed that artists were not at all included in the business aspect of the gallery. They were considered to be unable to understand business. That was valid for artists represented by galleries — the artists who were not represented by galleries were in an even worse position. They were seen as running after galleries, and if they couldn’t find a gallery, it was a symptom of failure and lack of quality.”

Abekassis decided to commit herself to helping artists make a living without the aid of gallery affiliation. “I also think that selling art isn’t the only way for artists to make a living,” Abekassis continued. Offering “a subscription which could include writing, sharing their art, or teaching art is also a wonderful solution for artists.”

Sophie Helf is a semi-recent New York City transplant with a day job in software development, but she’s also kept a large Twitter audience consistently enthralled with her unceasing bon mots, incisive essays and the occasional modeling gig. In other words, she’s precisely the kind of multifaceted creative who could likely cash in via a subscription platform like Substack if she wished, but for the moment, she’s chosen not to. Helf does, however, have a Substack.

“Mine is free (so no paid tiers) in part because I’d rather everyone have access to my writing and in part because of the content – I think it would make more sense for me to charge if it was about something more concrete or focused,” Helf told Observer. “It’s been really interesting watching Substack turn into a more specifically-used platform that can be a way to make more than your former income. When I first started using it, it felt like just another way to get content out.”

Perhaps it’s the case that the instinct to capitalize doesn’t immediately occur to many creatives, who prefer to think of their digital output as recreational rather than potentially lucrative. Similarly, artists operating alone might hesitate to promote themselves as authorities, and are also missing the institutional support that would be offered by a gallery or collective. Substacks like Green Kill, which touts itself as “a multi-use space for writers, performers, and visual artists,” offer a potential solution: if an artist is willing to refer other artists to Green Kill and recommend that they also participate, the reward will come in the form of the growth of the community’s reputation. In turn, artists in the Green Kill community would hypothetically see an increase in their own visibility.

While there are many different digital forums that artists have been using to sell their wares online, one of the most popular platforms in recent years is undeniably Instagram, where visual ingenuity has both exploded and eroded under the thumb of constantly-fluctuating, often maddeningly restrictive algorithms. On Instagram, independent creatives looking to earn a sustainable income are up against huge brands with seemingly limitless resources and ruthlessly effective marketing campaigns, and, say, an Arizona-based sculptor would likely have to post relentlessly in order to get noticed amongst a flurry of paid advertisements. This is another daunting challenge posed by the “gig economy,” which paints financial instability and lack of institutional support as liberating rather than exhausting.

While subscription-based newsletter platforms are by no means perfect, it could be the case that a visual artist looking to stay afloat while waiting to get noticed by a gallery or deep-pocketed collector could strike upon a critical source of income, solely by soliciting payment for regular online updates. Plus, as federal authorities have demonstrated, anything resembling universal financial relief for the struggling United States creative class is all but guaranteed to remain a pipe dream unless massive change takes place.

What this means is that artistic resourcefulness is critical, even though it’s also being unfairly demanded of people who are already being stretched to the absolute limit. So whether your method is Substack, Instagram stories or another form of digital bartering, ingenuity and deft use of online platforms might be your best options at present. 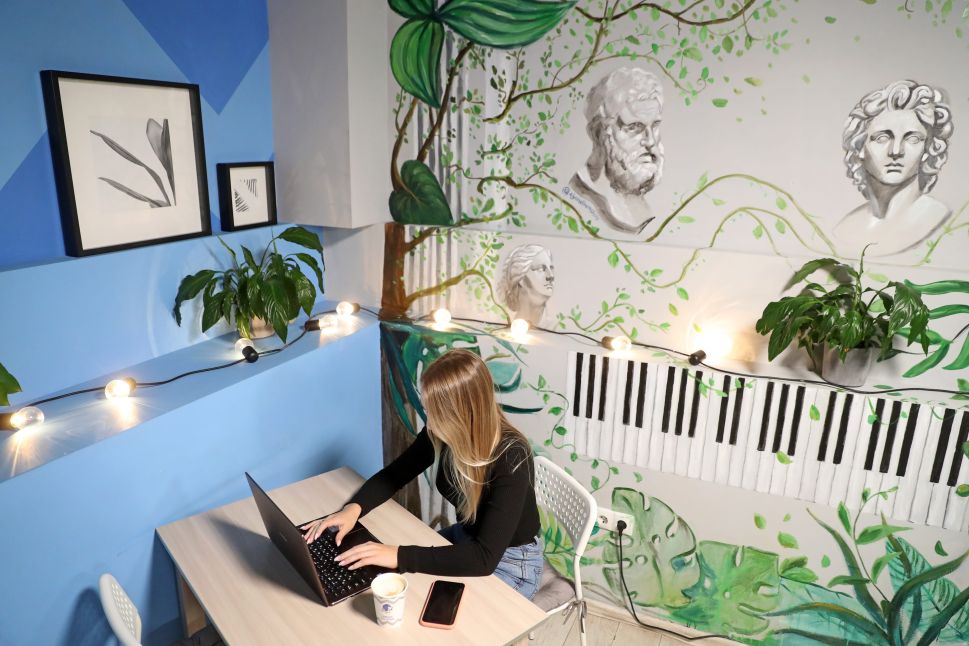