It’s common knowledge that the holidays can feel acutely lonely for many people during the best of times, and over the past couple of months, Americans have been coping with a perfect storm of negative circumstances: isolation due to the pandemic, stress associated with the calamitous conclusion to Trump’s presidency and depression that’s both clinical and seasonal. These conditions have set the stage for tragic consequences. According to the New York Times, within the last two months, two people have committed suicide by jumping from Vessel in Hudson Yards, leading to the spiraling structure being shut down indefinitely on Tuesday.

Vessel has seen three suicides in total: last February, a 19-year-old New Jersey man jumped to his death from the structure, and the most recent incident occurred on Monday, when a 21-year-old man committed suicide in the same manner. On December 22nd, 2020, a 24-year-old woman from Brooklyn also committed suicide by jumping from the top of Vessel. Vessel itself, which was designed by Thomas Heatherwick and Heatherwick Studio, was first unveiled to the public in 2016. As a publicly accessible structure, Vessel was intended by its designers to be an interactive work of art, with 80 separate landings which visitors could use to view the Hudson River and surrounding area.

However, Vessel’s suicide problem was anticipated by the editor Audrey Wachs in 2016: “As one climbs up Vessel, the railings stay just above waist height all the way up to the structure’s top, but when you build high, folks will jump,” Wachs predicted in The Architect’s Newspaper at the time. It’s difficult to determine whether architects should always be anticipating suicidal impulses when designing publicly accessible structures, but the truth is that these impulses are unlikely to ever go away completely. In the case of Vessel, like NYU’s Bobst Library, major changes may have to be made to the railings before it’s able to open to the public again. 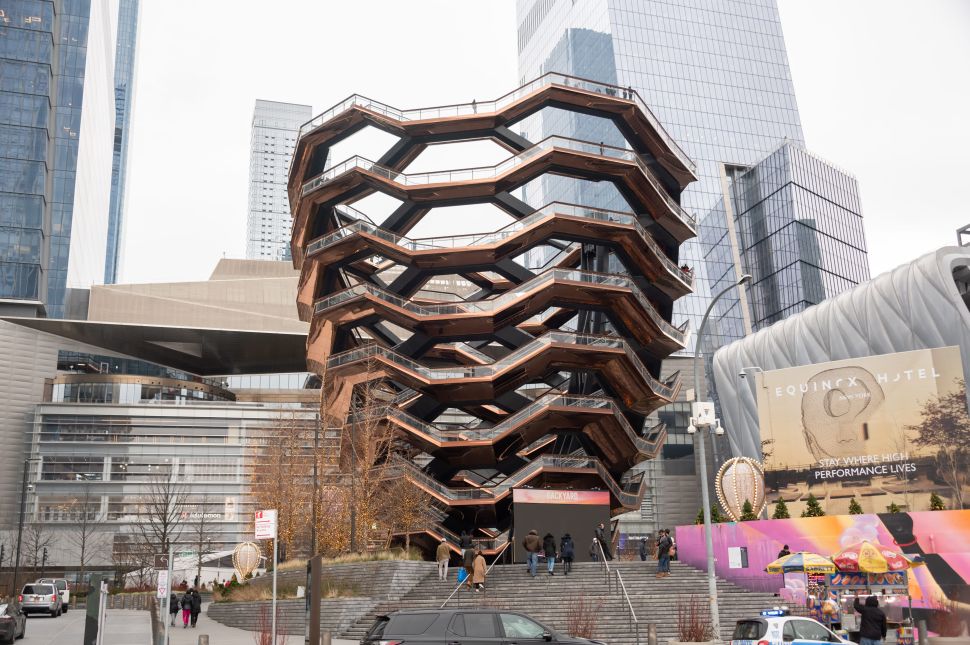