Contrary to its explosive title, Supernova—the sophomore feature film from English writer-director Harry Macqueen—is an exquisite and beautifully understated portrait of love and mortality that tells the deeply human story of terminal decline from a heartbreaking new perspective.

Set in the rustic and breathtaking beauty of the English countryside, the film follows Tusker (Academy Award nominee Stanley Tucci) and Sam (Academy Award winner Colin Firth), a middle-aged gay couple that decide to take a road trip across England in their old camper van after Tusker is diagnosed with early on-set dementia. The trip to the Lake District serves a dual purpose: Sam, a talented musician, is planning to give his first piano recital in a long time and Tusker, a writer struggling to finish his latest novel in his cognitive decline, wants to make one last trip to visit the family, friends and places of the couple’s past.

After meeting each other 20 years ago on the set of HBO’s Conspiracy, which is the exact amount of time that their characters have been together in Supernova, Tucci and Firth use their friendship to its full advantage. While Tucci plays Tusker with a natural and endearing charm, which is his way of coming to terms with his inescapable fate, Firth bottles up Sam’s emotions, making him look like he is on the verge of a nervous breakdown. Together, the pair produce some of the best work of their respective careers, creating an intimate connection that shines through during the signature squabbles and the profoundly peaceful moments between old married couples.

From the start, Supernova uses a modest minimalism that is strikingly simplistic. An opening shot of the night sky, which is accompanied by the stunning but haunting score of Keaton Henson, fades into a silent shot of two different hands caressing in their sleep—one of many devastating close-ups from Oscar and BAFTA nominated cinematographer Dick Pope. At first glance, it seems like any old couple that decides to leave their relatively privileged life to rediscover their love of travel. But an early scene where Tusker wanders off and gets lost with their dog, Ruby, while Sam is inside of a grocery store quickly sets the scene for an inevitable tearjerker.

Though the film’s second act takes place at Sam’s sister’s house (Pippa Haywood), which serves as a temporary layover and sets the scene for a moving surprise party, most of the movie is shot in a vacuum, with the two protagonists spending almost every waking and sleeping hour together in their RV or rental home in the third act. Macqueen’s screenplay is economical with dialogue but heavy with subtext, which ultimately brings out the best of Tucci and Firth’s expansive acting repertoires. As the film reaches its climax, a secret is uncovered that threatens the couple’s seemingly unbreakable bond and reveals that both men have startlingly different opinions about how to handle Tusker’s impending fate.

While the film tells a story that has unfortunately become all too universal, it tackles the debilitating nature of dementia from a fresh perspective. A lot of the initial interest about this film stemmed from Tucci and Firth playing a couple of older gay men—a demographic that simply hasn’t been as widely represented in the mainstream media—but sexuality is secondary to the plot and never deeply addressed in the 93-minute film.

There are no homophobic secondary characters to create unnecessary drama; there are no conversations about the AIDS epidemic that took place when Tusker and Sam were young men. Perhaps the normalization and acceptance of their love will make this story even more accessible to a wider audience, as everyone will be able to find parts of themselves in the harrowing journey of this couple.

With the end of their journey in plain sight, the couple’s inextricable devotion to one another is what tugs at the heartstrings, rather than simply the tragedy that they face. In a story that is as heartfelt as it is heartbreaking, Supernova is a moving look at the emotional toll that dementia can have on the powerless sufferer and their selfless caretaker, revealing that one can never have too much time with their loved ones.

Supernova is available in theaters January 29 and on digital February 16. 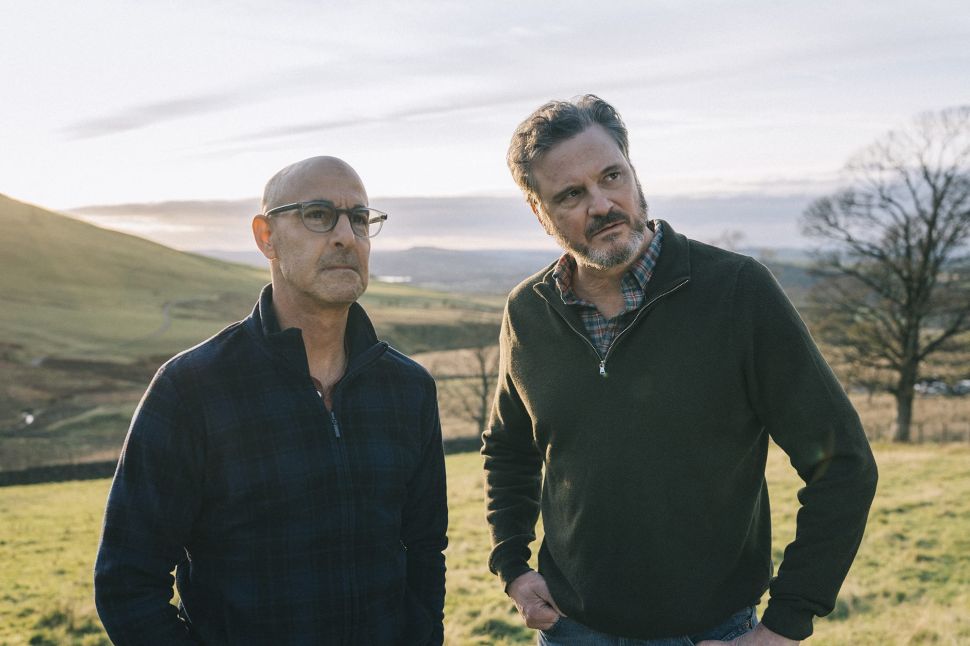