With a pandemic in full swing for the better part of a year and automobile sales taking a serious hit globally, it was a minor miracle that Tesla managed to deliver 499,550 electric vehicles in 2020, just a few hundred units short of its lofty goal to deliver half a million cars.

Looking into 2021, Tesla bulls anticipate another record-breaking year, with two new Gigafactories—one in Austin, Texas and the other in Brandenburg, Germany—under construction to bolster production volume, although Elon Musk has cautioned that it will take at least 12-24 months before those factories start mass production.

However, the electric vehicle climate is quietly changing, though not necessarily in Tesla’s favor.

2020 was the first year that more than half of new cars sold in a country were electric. That country is Norway, where 54 percent of new cars sold last year were electric, from 42 percent the previous year,  according to data published by Norwegian Road Federation (OFV) on Tuesday. Petrol and diesel cars, which had a combined market share of 71 percent five years ago, now have just 17 percent.

Meanwhile, in China, Tesla’s largest and fastest-growing overseas market, the central government is rolling back subsidies that helped fuel the country’s EV boom in recent years. On January 1, China’s Ministry of Finance announced that the government will cut subsidies for new electric vehicle sales by 20 percent in 2021. While the move was apparently driven by a healthy rebound of new EV sales from the pandemic, the policy shift that could have a chilling effect on China’s red hot EV market.

Tesla is also facing a crop of homegrown competitors in China across all segments. Tesla’s luxury rival, Nio, saw delivery double and share price jump almost ten-fold in 2020. Other local startups, notably Li Auto and Xpeng (both listed in the U.S.), are also ramping up production. 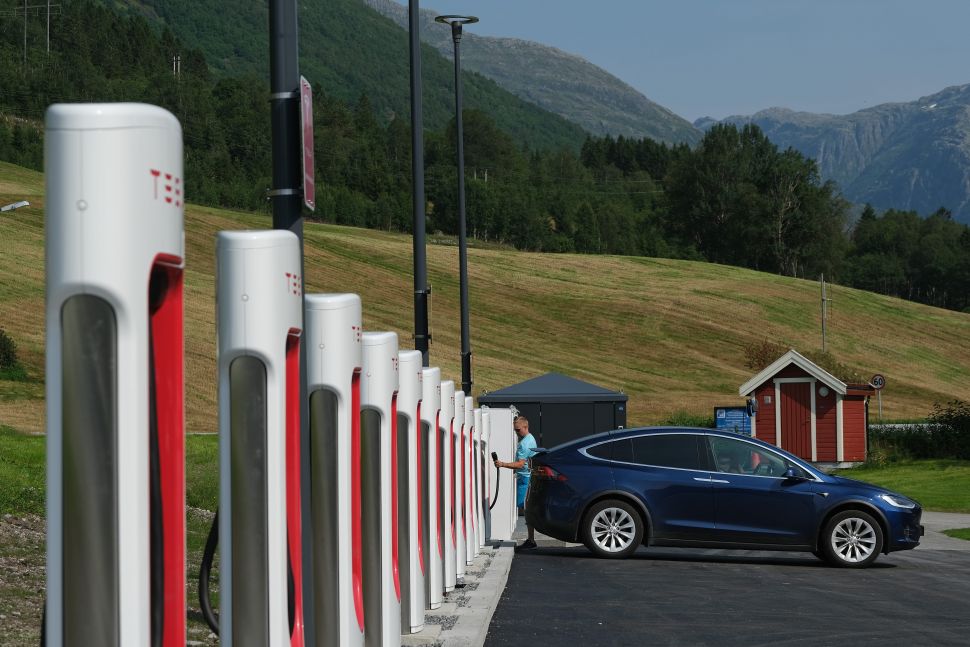