When Robert Pattinson broods into frame in Matt Reeves’ The Batman next year, he’ll be the third actor to play Bruce Wayne in live action since 2005. If we count The Lego Batman Movie and Zack Snyder’s upcoming Justice League cut, The Batman will be the seventh major movie to feature the Caped Crusader in a lead role in that same span (eight if we’re also counting Ben Affleck and Michael Keaton’s returns in The Flash). When audiences bemoan Hollywood’s lack of originality and industry critics point to its desperate reliance on franchises and reboots, this is what they’re referring to: the endless recycling of a single character. While these detractors stand on solid ground, reusing the same character doesn’t inherently prevent an original cinematic experience.

With nearly a dozen live-action appearances utilizing a handful of different actors since the 1960s, Batman’s closest theatrical comparison is now the long-running James Bond series. 007 has long cycled through different stars and iterations with April’s No Time to Die marking the franchise’s 25th film. Yet Daniel Craig’s sulking bulldozer of a man is as individual a character as Sean Connery’s smooth-talking super sleuth. And Timothy Dalton’s serious-minded Bond might as well be from an alternate reality compared to Roger Moore’s campy creation. A new actor always brings new dimension to a character. With each passing era, these actors also serve as conduit for the varying themes and messages of the times.

The prestige and exclusivity of James Bond has rarely been afforded to comic book material, but Batman is no different. Adam West’s intentionally exaggerated take from the ’60s was designed to appeal to youngsters, leaning more into situational comedy. His era championed simple lessons like eating your vegetables. Other than the name, it bears little resemblance to more contemporary adaptations. Christopher Nolan‘s Dark Knight trilogy manages to allude to the Iraq War and growing divide between socioeconomic classes while ostensibly revolving around a wealthy orphan who would benefit from therapy.

The Batman is perhaps an exhausting continuation of an overused pop culture figure in the eyes of film fans who find the franchise-focused landscape tedious. But the trailer teases a fresh approach that can maintain originality within the constructs of a reboot.

Tim Burton gave us a gothic onscreen Gotham, complete with ornate decoration, large stained glass windows and gloomy pointed arches of operatic design. Michael Keaton created a compellingly stoic Batman calmly cleaning up crime with a detached demeanor. Batman (1989) was about societal fear and corruption while its protagonist dueled with identity issues. Influenced by various comic runs, it resembled a certain aesthetic element of its source material, providing an early blueprint for how to adapt the medium into live-action.

Reeves’ Gotham appears more stylistically grounded. Its wet and weighted fog descends on an old city besmirched by new evils. It stands in stark contrast to the the major metropolitan center of Nolan’s Dark Knight films and the nondescript futurism glimpsed in Batman v Superman: Dawn of Justice. Pattinson infuses his Batman with a manic ferocity that stands apart from Keaton’s stillness and Ben Affleck’s weathered lived-in rage. It may nominally be the same character, but The Batman seems to be exploring different aspects of their psyche. In the social media era of the enraged fanboy and incel army, it’s valuable to explore the havoc wrought by a well-resourced but unstable and violent loner who perceives himself above the masses. Especially when he sees himself as the hero.

Reeves has described his take as “very psychological” with an emotional “humanist bent” (the David Fincher vibes are hard to miss). Previous iterations seemed to focus more on the character’s source of trauma and duality, as well as the ideology of his villains, than on the psychological cost of all that pain. With all due respect to Burton’s stellar run, cycling through beautiful girlfriends between films isn’t exactly cutting edge commentary about sacrifice.

Finding the character at a different time in his life bridges the gap between the well-covered depictions too. While Batman Begins told an origin story and Justice League featured an older, more experienced character, The Batman takes place in the second year of Bruce Wayne’s vigilante career. The relatively new setting finds our hero not yet the valued symbol of strength he will become nor the mysterious disruption he must first have been.

The superhero genre continues to expand and amalgamate new veins of storytelling. Deadpool was a raunchy R-rated action comedy. Logan is a tragic neo-western where our protagonist just so happens to have knives coming out of his hands. With an emphasis on the character’s detective skills and inspiration from Chinatown and The French Connection, Reeves is promising more of a noir crime story than the farcical camp of Joel Schumacher or the hyper-realism of Nolan. A surrealist nightmare that differs from its predecessors in style, tone and intention.

The names may be the same—Batman, Catwoman, Riddler, Penguin—but the context has shifted. Reusing the same character does not automatically guarantee a recycled on-screen product. Reeves previously reinvented the well-worn Planet of the Apes franchise into something more meaningfully allegorical than its legion of B-movie extensions. So too can Bruce Wayne be reborn. 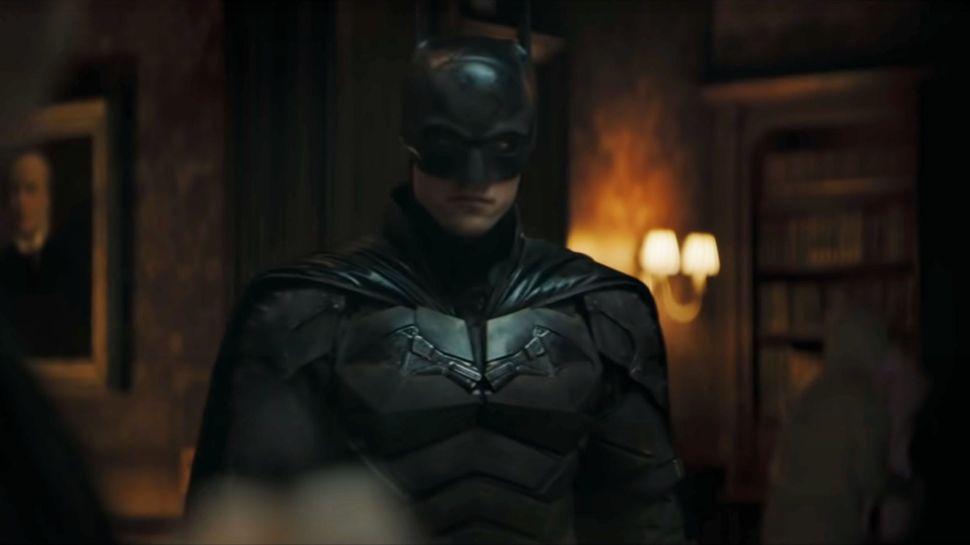