On paper, the event looked pleasant but unexceptional: two tenors and two sopranos singing ultra-familiar music by Verdi, Puccini and Rossini in a small and obscure German theater, with no audience anywhere in sight. But in practice, the Metropolitan Opera’s online-only “New Year’s Eve Gala” struck just the right notes of quiet festivity and cautious hope to lead the opera public into 2021.

The charming quartet of singers were sopranos Angel Blue and Pretty Yende and tenors Javier Camarena and Matthew Polenzani, offering 90 minutes of familiar arias and duets, capped with a medley of encore material, streaming live from the intimate Parktheater im Kurhaus Göggingen, in Augsburg, Germany.

All the artists were in fine, relaxed voice despite what sounds like quite stressful conditions surrounding the concert. (In a host segment, soprano Christine Goerke soberly explained the many precautions taken to assure the safety of the performers, acknowledging the recent spike in COVID infections in Germany.)

The absolute highlight of the concert came midway though with the quartet from Puccini’s La Rondine, a tapestry of sentimental and nostalgic melody for two pairs of young lovers. If Polenzani’s voice sounded a trifle cool for this music, he sang with his customary elegance and firm technique. The first climax of the piece felt heart-stopping, as Blue leapt up to a luscious cadential phrase beginning on high C. (That phrase returned twice more, with the final appearance boasting all four singers belting out thrilling high C’s.)

Blue’s gorgeous soprano shone particularly well in a scene from La Bohème, her golden tones caressing the melody of “Sì, mi chiamano Mimì.” She sounded only slightly less ravishing in a piece I believe is new to her, “D’amor sull’ali rosee” from Verdi’s Il Trovatore. There her generously romantic phrasing was marred a bit by a couple of high notes that hung just under the pitch.

Camarena bravely opened the concert with the celebrated aria from La Fille du Régiment, you know, the one with nine high C’s. Not only did he nail every note, he threw in a few extra C’s as bonus. And then he returned later on the program to top himself with the even trickier “Sì, ritrovarla io giuro” from Rossini’s La Cenerentola, a performance as bracing as an ice-cold glass of Asti Spumante.

I liked Yende rather better here than I have at her performances at the Met, where her pearly voice sometimes turns wispy. She sounded perfectly exquisite in a duet from La Sonnambula, a work I hope she and Camarena add to their Met repertoire very soon.

The cozy ambiance of the event was enhanced by the accompaniment of pianist Cécile Restier and the Vienna Morphing Quintet, who formed a very upscale palm court orchestra indeed. No, they’re not the celebrated Metropolitan Opera Orchestra—which won’t be back until the fall, assuming their notoriously testy union and the company’s management can come to terms—but all these marvelous musicians are welcome in my living room any time.

This streaming concert is available through January 13. 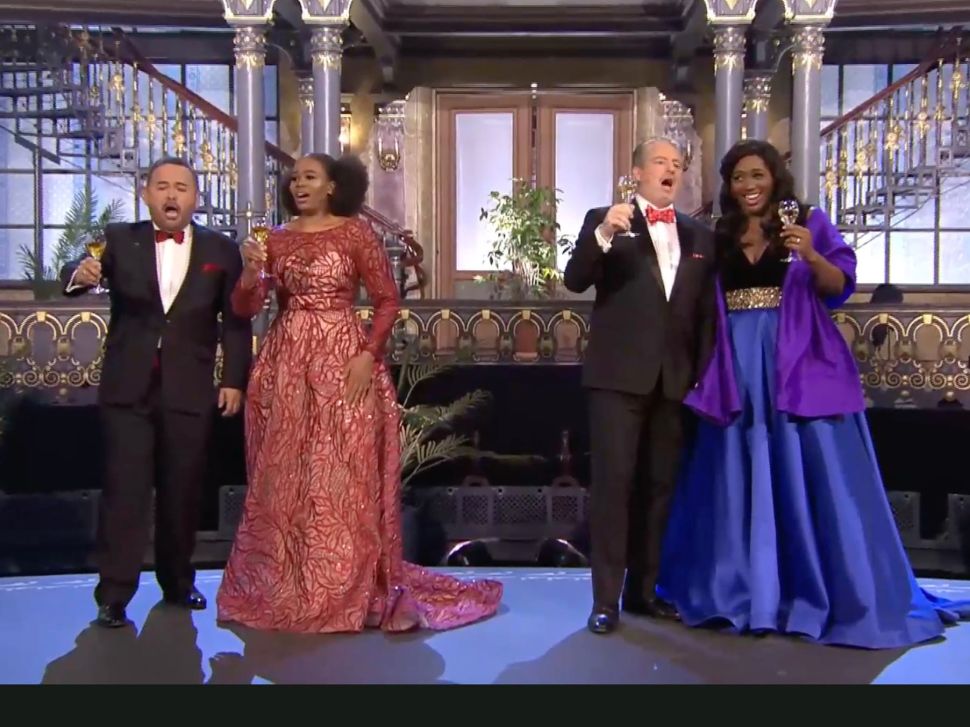