Fans have been deprived of new blockbuster Marvel content for 17 months, but no longer! This year promises to deliver a non-stop mad dash of Marvel movies and TV shows, beginning with Disney+’s WandaVision next week. Yet despite the hype surrounding the upcoming show, it was not originally intended to be Marvel’s launching pad on Disney+. The coronavirus pandemic forced WandaVision to swap spots with The Falcon and the Winter Soldier.

Despite multiple film appearances from Elizabeth Olson’s Wanda Maximoff and Paul Bettany’s Vision, many fans are still unsure what to expect from the wonderfully esoteric-looking show. So to ease you into WandaVision, let’s understand a bit more about the creative team behind the series: showrunner Jac Schaeffer and director Matt Shakman.

As showrunner, Schaeffer will serve as WandaVision‘s leading producer, guiding the creative vision of the series and holding final say over its story and character elements. Though Schaeffer’s resume isn’t yet extensive, her previous work reveals a clever writer with a knack for emotional humor.

Mr. Stache, Schaeffer’s 2011 rom-com short, is a great example of what she can bring to WandaVision. The short film is built on the idea that it’s what and who you are on the inside that matters most. In this case, our lead character, played by Mad Men‘s Rich Sommer, “always felt like he had an inner mustache…and now it was on the outside, where it made way more sense.” Mr. Stache is about externalizing your internal feelings.

WandaVision will see our lead protagonist create an entirely new alternate reality out of grief. It is literally a physical manifestation of her mental state; same concept on a much larger scale. Much like a front-and-center mustache, it is gloriously unsubtle, which enables the creative team to take more ambitious swings. That Mr. Stache is littered with jaunty pop culture references like a mini-Marvel movie is an added bonus.

As seen in the trailers and discussed by Marvel head honcho Kevin Feige, WandaVision will be a left-of-center Marvel entry unlike anything that’s come before. Specifically, it will cycle through different eras of sitcom stylings, experimenting with various tropes and formats to reflect Wanda’s mental state. Though the content may vary in severity, the approach isn’t so different from Schaeffer’s 2017 Disney short Olaf’s Frozen Adventure.

In it, our lovably cheerful snowman goes through the town of Arendelle to learn about different family holiday traditions. He winds up encountering celebrations that run the gamut of beliefs, from Christmas, Hanukkah and the Winter solstice. Much like WandaVision‘s shifting perspective, Olaf’s Frozen Adventure compellingly dives into different viewpoints in an efficiently plotted manner. We are given glimpses of different cultures and traditions that give the short a supply of fresh material.

While Schaffer’s 2019’s feature film The Hustle failed to recapture the magic of the original, it did unleash co-star Rebel Wilson in effectively unhinged bursts. WandaVision co-star Kathryn Hahn has harnessed that same chaotic energy throughout her career while showcasing impressive range. She’s an underrated force in the world of entertainment (go watch HBO’s Mrs. Fletcher). In WandaVision, she plays Maximoff and Vision’s nosy neighbor Agens. Hahn has said she was fascinated by the “gasp of human magic” the show provides and her role may represent something more than what’s on the surface.

And if all that wasn’t enough, Schaeffer also wrote the long-delayed Black Widow, so clearly Marvel has an affinity for her style.

Normally, film is considered a director’s medium due to the visual nature of big screen entertainment while television is considered a writer’s medium thanks to long-running story. But Marvel’s blockbuster Disney+ shows, which carry mammoth budgets, will need both elements to work in tandem in order to produce a superior product.

Four episodes of television from Shakman’s lengthy resume stand out as evidence for why he’s a great choice to help shepherd the MCU onto the small screen. The first is the Season 5 Mad Men episode “Mystery Date,” which covers a lot of ground, including a nightmarish fever-dream of Don’s that leads to self-realization.

Through a mix of creative point-of-view shots and select closeups, Shakman adds a layer of dreadful tension Mad Men wasn’t always known for. “Mystery Date” also deals with gender power dynamics, examining both ends of the spectrum. Joan, ending her marriage, and Peggy, rightfully extorting Roger, actualize their agency through specific choices. In an intentionally telegraphed fever dream, Don commits a shockingly visceral act of violence against a former fling. It’s a controversial episode, but one that highlights Shakman’s feel for immediacy and positioning.

Big budgets are hopefully accompanied by big spectacle and as a Marvel series, Kevin Feige knows WandaVision needs to provide a blockbuster thrill. Well, Shakman is more than capable of providing that electric jolt of big screen action on TV. His Season 7 Game of Thrones episode “The Spoils of War” was the very first time GoT fans were finally able to enjoy a fully unleashed dragon attack. Daenerys, riding the back of Drogon, lays waste to the Lannister army alongside her horde of Dothraki screamers. The episode rivals “Hardhome” in pure spectacle (though lacks in story drama) and is one of the most thrilling battle sequences in GoT‘s entire run.

But action without focus is merely chaos. Finding structure within that entropy is the key to delivering a great story. Shakman’s work in “Cherry” for the first season of Amazon’s The Boys straddles the line between gratuitous and gratifying. “Cherry” gives fans the triumphant moment of Hughie killing his first super, but Shakman than pulls back to force us to stew in the grotesque reality of murder. WandaVision will likely start off on a positive path—Wanda’s deserved happiness—before similarly veering into a darker space. That modulation will be key for the audience’s emotional journey.

A trip through Shakman’s relevant credits would be nothing if we didn’t conclude on his Emmy nominated premiere episode of Hulu’s The Great. Pilots are tricky business for both writers and directors as they must work in lock step to deliver a mountain of information to viewers while still telling an engaging story. Conveying key details of exposition while still keeping a viewer’s interest is paramount to your friend in finance explaining the ins and outs of P&L spreadsheets while you’re eating dinner.

Shakman manages to stylishly establish the visual language of The Great without interrupting the necessary introductions. It’s a well-choreographed dance that bodes well for the early going of WandaVision. 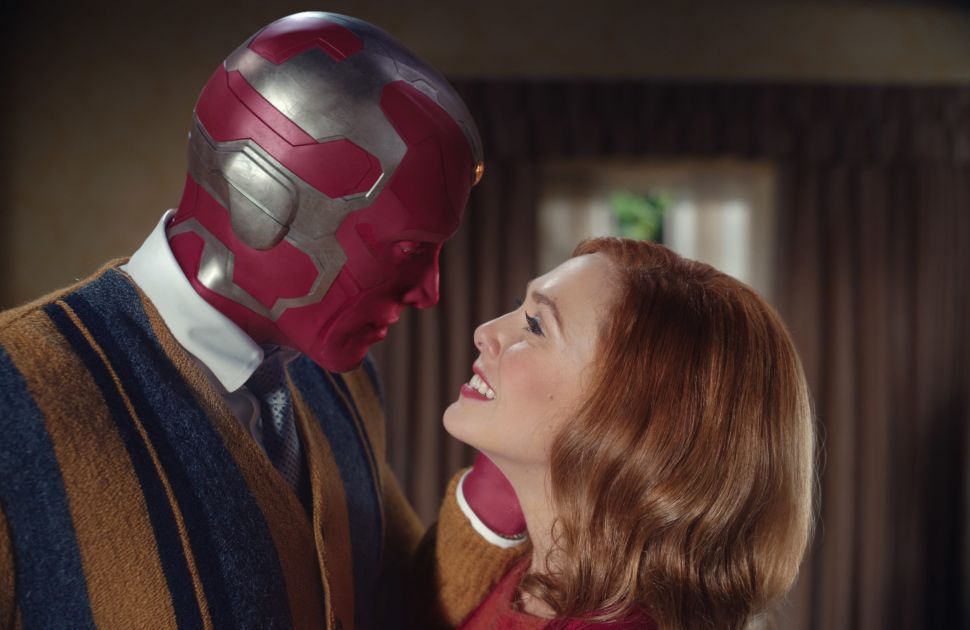