It’s August 2017, and director Matt Shakman is having a crisis of conscience. Though one of his Game of Thrones episodes is about to air on HBO, he’s still unsettled from the memory of shooting overseas for those long six months. He wonders aloud to his wife if the strain of being away from his family has been worth it. “She said to me, ‘What makes it worth it?’” he recalls. Shakman, who used to go to elementary school every day dressed as Spider-Man, answers instinctively: “Well, if Kevin Feige calls tomorrow.”

While Shakman was fretting, the famed Marvel Studios president was watching. He loved the episode “The Spoils of War” that Shakman had directed and was amazed by its climactic 20-minute dragon battle. The very next day, he indeed phoned Shakman and asked for a meeting. The ultimate goal? One day in the near future, they’d collaborate on a project.

That brings us to WandaVision, the much-anticipated new series on Disney+ (premiering Friday, January 15) and the first Marvel Cinematic Universe project to hit the popular streaming service. Whereas the big-screen MCU movies have raked in billions thanks to those state-of-the-art action sequences, the surreal WandaVision stands out for its weekly homages to old-fashioned TV. In each 30-minute episode, Scarlet Witch, i.e., Wanda Maximoff (Elizabeth Olsen) and android Vision (Paul Bettany) explore domesticity via prototypical sitcom genres. In the first episode, the in-love Avengers are living in the suburbs with separate beds in the 1960s a la The Dick Van Dyke Show. Later, they reside in a Brady Bunch-type split-level home. But darkness occasionally seeps through all that sunshine. (And what does this all have to do with Vision’s death in Avengers: Infinity War? Viewers only get bread crumbs in the first three chapters provided to press.)

Shakman, 45, directed all nine episodes. “I love tackling things that really require a delicate tonal dance,” he explains to the Observer, referencing his experience behind the camera for Fargo, Billions and Succession. “Paul and Lizzie can make material brilliantly funny one minute and heartbreaking the next. Mixing genres was the biggest challenge but also the biggest joy.”

Shakman insisted that the cast film select scenes in front of a live studio audience: “When I pitched Marvel I thought they’d say ‘Are you crazy? Can you imagine how many NDAs people have to sign?’”

Shakman also brought his own superpower to the proceedings: His unique past as a bona fide ‘80s sitcom child actor. We’re talking appearances on The Facts of Life, Night Court and both Diff’rent Strokes and Webster. “I really fell into it through the most random of circumstances,” he says. That Spider-Man costume he once wore to school? He dressed up as the character while accompanying his author dad on a book tour, too. One day, someone approached his dad and remarked that young Matt would shine in commercials. He did a few spots on the weekends — “I was really mad about missing my Scooby-Doo cartoons” — and signed with an agent.

He never did make the full transition into child star, though he came close. In 1987, he acted in a pilot with Brian Austin Green and Jaleel White for an NBC sitcom about an earnest Indiana teacher and her class of smart-talking sixth graders. Network executives were unhappy with it and shipped it off to the Disney Channel, but not before re-casting all the students. “We were all unceremoniously fired,” he says. A year later, the show was retooled again and retitled Saved by the Bell. He remains friends with White to this day.

And while he missed out on hanging at Bayside High, Shakman did end up on a Growing Pains spin-off titled Just the Ten of Us from 1988 to 1990. “I remember I lost my mind at the final audition because I saw that Heather Langenkamp would be playing my sister and A Nightmare on Elm Street was my favorite movie!” he says. (As an in-joke, his character constantly wore Freddy Krueger T-shirts.) He proudly adds that the sitcom was part of ABC’s original “TGIF” lineup back in the day, along with Full House — which, of course, featured Olsen’s older twin sisters Mary-Kate and Ashley.

But Shakman never had designs on experiencing his own growing pains on TV. “I was always interested in what the camera was doing and what the director was doing,” he says. “I spent time hanging out in the control room where they were calling the show. I really wanted to sort of learn how that side of the camera worked.” He went to college already fully vested in his SAG pension and came out ready to direct.

After opening a small theater in Los Angeles, Shakman made his way back to television and worked on everything from Once and Again to Judging Amy to Six Feet Under to Brothers & Sisters. He did six episodes of The Good Wife and 43 installments of It’s Always Sunny in Philadelphia. But he didn’t revisit his traditional three-camera sitcom roots until WandaVision.

He returned to the genre with the flair of his lived experience. Shakman says he stressed authenticity, even insisting that the cast film select scenes in front of a live studio audience. “When I pitched Marvel I thought they’d say ‘Are you crazy? Can you imagine how many NDAs people have to sign?’’” he says. (They rolled in Atlanta in late 2019.) Proving that love is in the details, he also ensured that the costumes, production design, dialect, posture, music and laugh tracks synced up to each respective era.

And when it came to filming exterior suburban scenes, Shakman knew exactly where to go: Blondie Street on the backlot of the Warner Bros. Ranch in Burbank, California. It’s the place where the families from Bewitched, I Dream of Jeannie and The Partridge Family all once resided — not to mention the brood from Just the Ten of Us. “I used to skateboard on the street all the time,” he says, “so it was very strange and special for me to shoot the show there. It was the ghosts of television past and my ghosts of my past colliding.” He ends the thought with an admission: “I think this show was my therapy and dealing with all those years of being an actor.”

In fact, though Shakman still looks camera-ready on his Zoom interview, he has no plans to be under the spotlight again — and, for that matter, no regrets about his second act. “I’m very happy to be hiding behind the camera,” he says. “I’m too much of a perfectionist, I think, to be a happy actor, because there’s a point where no matter how much preparation you do, you have to give over to the moment. That’s what makes a great actor and that’s what I can never get out of my own head.”

Besides, he notes, “I’m still working on WandaVision and trying to get the last chunk of it done!” Cue the applause sign.

WandaVision will debut on Disney+ January 15.

Editor’s note: This piece has been updated to more accurately represent Shakman’s history with Jaleel White and to correct his quote about his pitch to Marvel for the production of WandaVision. 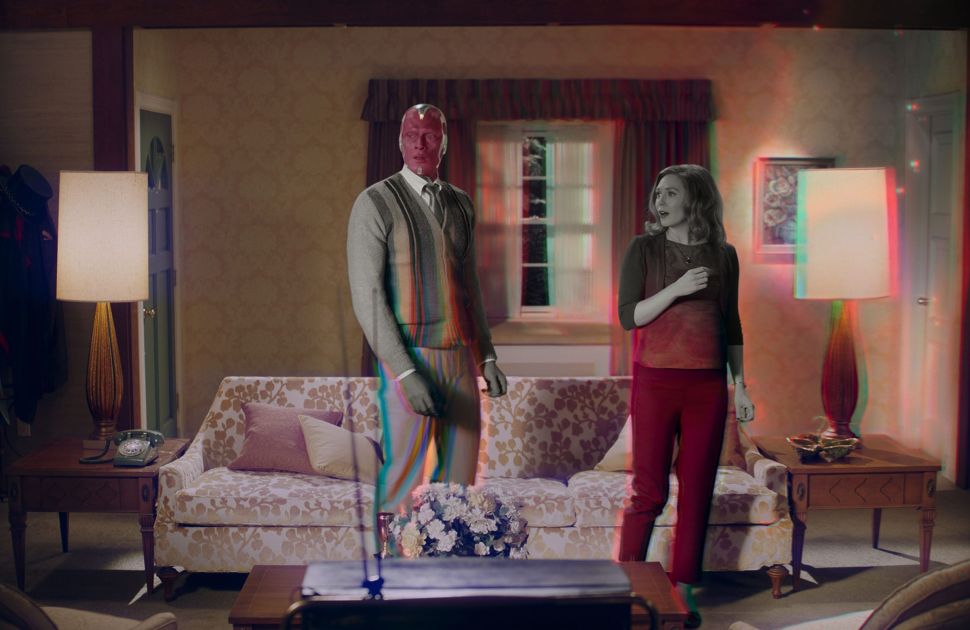