While The Simpsons has a knack for predicting the future, another Fox sitcom may actually have predicted the public health crisis right now. The Last Man on Earth, which aired 2015-2018, predicted a debilitating virus in 2020 that would kill huge swaths of the population. Throughout the show there were continued references to quarantines, homemade PPE and deaths of public figures — all this in a sitcom that ended just under three years ago.

If you are unfamiliar with the show, it’s quite simple: a virus wipes out just about everyone on the planet. Phil Tandy Miller, as portrayed by Will Forte, thinks he is the last person on earth until he meets Carol Pilbasian, portrayed by Kristen Schaal. They meet several different people and build a tribe of sorts, migrating as needed.

The similarities between the Last Man on Earth pandemic and ours are quite close. One stand-out episode that guest-starred Kristen Wiig flashed back to the earlier days of the disaster. She played socialite Pamela Brinton, and while in a limo, she passes by pedestrians all wearing masks. Later on, she goes to a grocery store wearing homemade PPE. Then at dinner with her husband, she explains that several of her wealthy friends bought a bunker to ride out the pandemic.

In that episode, there is a montage of the two of them as they watch a series of funerals for various elected leaders in the line of presidential succession.

“You’d see nurses basically wearing what we wrote as a joke. It was a sad thing to get right.” -Will Forte

Most notably, Tom Hanks was one of the first celebrities who caught COVID-19. As Fox executive Jonathan Gabay later pointed out, Hanks was also the first to get sick with the fictional virus on the show. While an exaggeration of the reality plaguing society, the sitcom does help put the situation in perspective, as producer Payman Benz quipped on Twitter.

Now, nearly a year into the pandemic, Observer spoke with star and creator Will Forte about his take on the show’s legacy and surreal closeness to the coronavirus pandemic. Here’s part of our conversation:

Observer: It appears that in a lot of ways The Last Man on Earth predicted elements of the pandemic we’ve experienced for about a year now. In your view, how did this happen?

Will Forte: As we were thinking out every storyline, you come up with the ideas as they come. A lot of the time these elements that we came up with we thought were maybe exaggerating what would actually happen, and then it’s been very interesting to watch how everything unfolded for the last year–year-and-a-half, because there were a lot of things we got a lot closer than we would have originally thought.

From time to time we would have different guest stars, and we would do a special episode where it would kind of follow their lives. Kristen Wiig came and did a couple episodes on the show. She played one of the characters we got to follow and see how she handled as the pandemic was hitting. There was one episode where she made her own hazmat suit and she’s walking through the grocery store.

Then when we would see these horrifying images in the news last year, when there was a huge shortage of PPE, you’d see nurses basically wearing what we wrote her wearing as a joke. It was a sad thing to get right.

Was there a moment in the last year that this really hit you?

There were a lot of times in the last year that I was reminded by people that I worked with who would say, “Hey, we were not so far off.”

It started with someone sending me a screengrab of the pilot episode that says the year is 2020, and it’s a year after the virus after the virus hit. Even just seeing that was like that was kind of eerie.

It was very interesting to be in that headspace for four years and then to have a couple years away from it gave a little bit of perspective. It was a scenario I felt kind of close to. Obviously in our show we took it to a crazy extreme where most of the people on earth died. Thank God, it’s looking like the world is not going to suffer that. This massive amount of casualty is so heartbreaking. There is a little bit of guilt that I feel for having fun with it. We just thought this is a situation that would never happen with the scientific advancements that we have today. I look back now and certainly we took it to an exaggerated point. It’s never going to be a situation where seven people live and everyone on earth dies, but still you feel guilty. My heart goes out to everyone who lost people. Sorry that we used this premise for four years of making these jokes.

We looked into what happened during pandemics. Even us dumb comedy writers knew people should be wearing masks.

Even though it is kind of an exaggeration and it’s funny, it does help put some of these problems we are dealing with right now in perspective. It shows how fragile some of our systems actually are…

There is a level of shared experience obviously everyone is going through the pandemic together. To watch some people that are going through it and trying to move forward with life, there must be something reassuring about watching that.

With our show we did not really concentrate on the deaths. We focused on the lives of the people who were still alive. As we went further and further into the series, we would touch on it from time to time but it was not until later in the series until we would go back and mention the scope and how it affected the characters’ lives.

We looked into what happened during pandemics. Even us dumb comedy writers knew people should be wearing masks. We wrote this in the Kristen Wiig episode where everyone is on the street wearing masks. This is common sense. It’s kind of frustrating to see there are so many people fighting that element of it.

Did you have conversations with fellow cast members and writers as this was starting to happen?

There were a couple group emails that were sent around at first not realizing the extent of what would happen here. We were all aware of the eerie similarities. It didn’t get as bad as it got on our show. But still it got so much worse than I would have imagined. It’s terrifying. Hopefully we learned some lessons on this.

You know it’s interesting, years ago I watched a TV show that was called Life After People or something like that. It showed what would happen if all people on the earth were immediately gone. What would happen if you didn’t have anymore? I remember it talked about New York City and how the pumps would stop working and how New York City would flood and then power would go out eventually.

Years and years later, vines would be growing through buildings and like animals would take over. That always stuck in my mind.

While, I have you, what are you working on right now?

I am working on a Macgruber series right now. We are rewriting, right now. I’ll tell you it’s very interesting because there are several scenes where they’re in a crowd. It just feels weird to write stuff like that. I even feel it’s weird to watch that stuff on TV. I cringe when I see people shake hands sometimes. It’s weird.

This interview was edited and condensed for clarity. 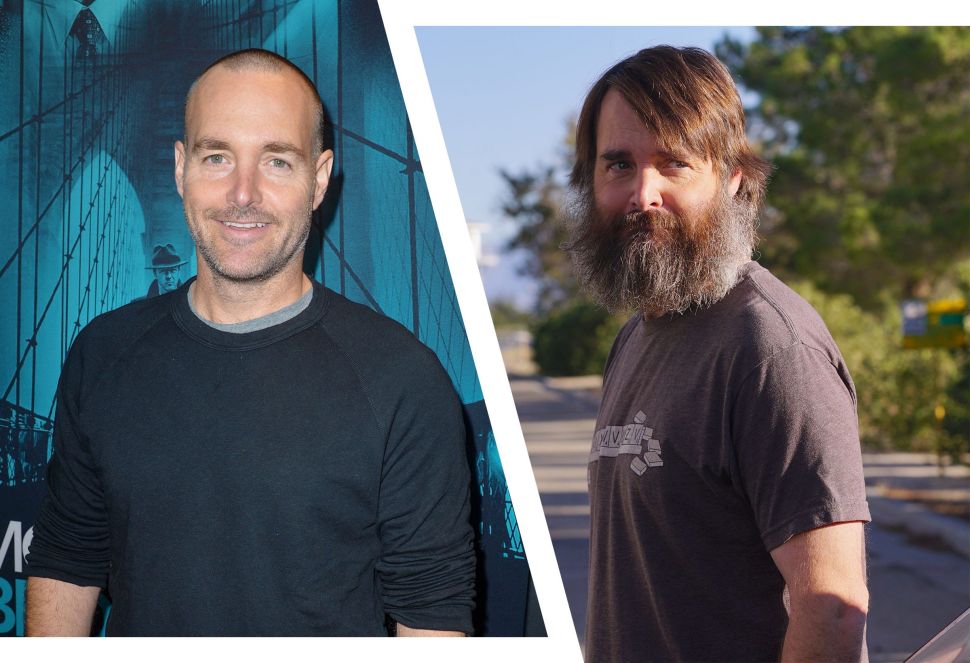