On Monday, we explored the early returns for Wonder Woman 1984 in hopes of figuring out if its unique hybrid release was a smashing success or abject failure. Spoiler alert: unlike my college goatee, the answer is closer to the former than the latter. With just one-third of American movie theaters open at the moment and global exhibitors still struggling with COVID-19, WarnerMedia made the decision to use the highly anticipated superhero sequel to prop up fledgling streaming service HBO Max.

In fact, that idea has been the undercurrent for 2020’s biggest films. Hamilton, Soul and Wonder Woman 1984 were all originally intended for exclusive theatrical runs. Instead, due to extenuating circumstances, they have become illuminating benchmarks in the entertainment industry’s streaming revolution.

The goal of any new piece of content reserved exclusively for streaming video on demand (SVOD) is to attract new paying customers. The most effective way to accomplish this is to roll out attractive original programming that can’t be found anywhere else. On that front, Hamilton, Soul, and Wonder Woman 1984 have been the most important releases for Disney+ and HBO Max (as we predicted), according to ANTENNA, a measurement and analytics company providing insight into purchase behavior and subscription metrics across the new media landscape.

All three films are the most significant growth-drivers for their respective services, even topping Disney+’s The Mandalorian, which is the closest series to Game of Thrones in terms of worldwide demand. (Note: ANTENNA’s data includes only net new HBO Max sign-ups and not activations). (Second note: good to see the underrated Flight Attendant doing work for HBO Max).

Wonder Woman 1984 and Hamilton were the biggest SVOD releases of 2020 in terms of their ability to attract new paying customers over their opening weekends. WW1984 drove more sign-ups in its Christmas opening weekend than any other release while Hamilton generated 71% as many over the July 4 weekend and Soul stood at 35%. Prior to Hamilton‘s release, Disney+ eliminated its Free Trial option in order to accrue paid subscriptions for what was deemed to be a highly in-demand new release. HBO Max followed suit in advance of WW1984.

As we discussed yesterday, the most crucial factor for HBO Max moving forward will be retention versus churn. Wonder Woman 1984‘s initial success won’t be nearly as impressive if the majority of new customers cancel their subscriptions immediately after. No one signs up for a book club only to jump ship after the first chapter.

Netflix currently leads the SVOD industry with a remarkably impressive 2.4% monthly churn rate. In other words, the company’s customer loyalty is unparalleled in the market. Disney+ sits between 6%-8%, which is roughly the monthly industry average.

The numbers are integral to understanding this. Almost 25% of new subscribers who signed up for Disney+ on Hamilton‘s opening weekend cancelled within one month. Three months later, 59% of Hamilton-generated new subs remain paying Disney+ customers, per ANTENNA. For reference, 69% of Disney+ subscribers who joined in June 2020 remained subscribed three months later – compared to 70% for HBO Max and 77% for Netflix in the same time period.

Traditionally, these films would have been judged by their box office success, which is dependent on individual units of admission. If 11 million people buy a movie ticket at the average U.S. price of $9.26, you have yourselves a $100 million-plus opening weekend. Simple.

But the SVOD model is more layered and interconnected. New content, such as these major film titles, need to drive an increase in new sign-ups (i.e. attract new customers). However, it is then up to the streaming service’s remaining library to retain that customer for the long haul. That new customer needs to find additional enticing content to engage with in order to remain a paying customer within that particular streaming ecosystem. We’ve basically entered the Jurassic Park phase of modern entertainment.

Direct-to-SVOD blockbusters still may not make the most economic sense for a studio, but they are clearly significant attractions that help to drive SVOD subscription growth. After their initial release, however, the financial situation changes dramatically and retention becomes the key factor. It’s a high wire act more and more platforms are hoping to pull off. 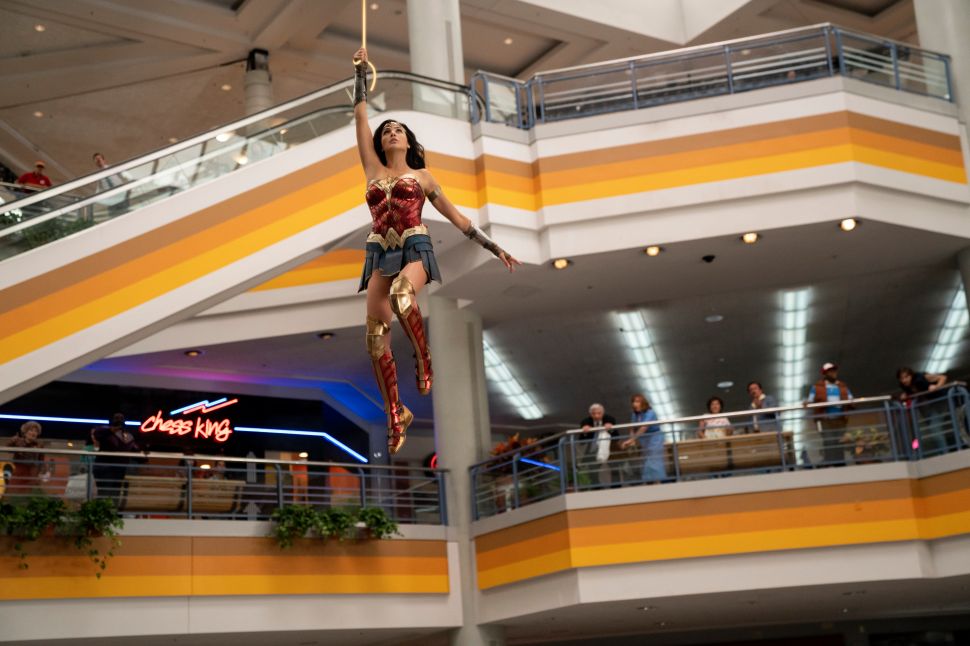