Amazon Prime boasts 150 million worldwide subscribers and an estimated 50 million in the U.S. alone. Prime Video houses buzzy originals such as the awards-darling dramedy The Marvelous Mrs. Maisel and flagship superhero series The Boys. High-profile upcomers include the $1 billion Lord of the Rings TV series and an adaptation of the best selling Wheel of Time novels. Amazon studio head Jennifer Salke has a hefty $8.5 billion annual content budget at her disposal which she’s used to sign an A-plus roster of talent such as Donald Glover, Jordan Peele, Phoebe Waller-Bridge and Michael B. Jordan to overall deals.

Yet Amazon Prime Video is rarely mentioned in the same breath as Netflix and Disney+ when it comes to the streaming video on demand hierarchy. Why is that?

“The important thing to remember about Amazon Prime Video is that it’s a loss leader.”

What is it that sets Amazon Prime Video apart?

Well, Amazon Prime Video rarely reveals key viewership metrics that would legitimize its popular offerings in the eyes of audiences. Ratings measurements and accurate subscriber growth updates are important to the general public as it provides clues about what to watch and where to watch it if we want to be part of the -cooler conversation. That’s why Nielsen data and box office grosses have historically been so sought after. More than that, Amazon Prime Video often goes months between major series releases despite spending more on U.S. digital ads than Netflix in 2020.

Overall, Prime Video operates unlike Disney, Netflix, or any of the smaller streaming services. Often, it seems to be competing in an entirely different field based on its strategic decisions.

So what is its business purpose?

Amazon, unlike Netflix, is largely uninterested in *winning* the streaming wars.

“But neither feels sufficient because Amazon is a black box on both—they are happy to out Fire device sales without mentioning Prime Video Original consumption numbers,” he told Observer. “So because they aren’t transparent about their business logic, I don’t think they’re focused on the competition. I think they’re trying to be the best possible service that can be offered to Amazon Prime customers.”

He added: “I’m not sold that needs to be more than what they’re offering right now.”

In other words, Amazon, unlike Netflix, is largely uninterested in winning the streaming wars as partially evidenced by Prime Video’s unchanged user interface, which has drawn criticism from subscribers for years (rightfully so since it’s the Sistine Chapel of on-screen confusion). And yet the service’s massive content budget, second only to Netflix in the SVOD field, and its push for expensive NFL TV rights indicates that Prime Video is still something of a priority for Amazon. It’s a very conflicting approach to outside observers.

“The important thing to remember about Amazon Prime Video is that it’s a loss leader,” David Offenberg, Associate Professor of Entertainment Finance in LMU’s College of Business Administration, told Observer. “It’s not the building block they’re trying to make money on which is, as Jeff Bezos famously said, ‘selling socks.’ They don’t need it to be the most important part of their corporate strategy.”

What does this mean within the context of the streaming industry?

Like we said, Amazon is uninterested in winning the streaming wars. But what is unique about Prime Video’s mission statement is that it isn’t vastly different from rival streamers upon closer inspection. Amazon uses Prime Video to generate more online retail shopping; Apple uses Apple TV+ to sell more iPhones; WarnerMedia uses HBO Max to sell AT&T’s phone service; NBCUniversal uses Peacock to sell broadband service. All are priced and packaged as loss leaders and they’re all competing in different markets, Offenberg observes. Rather than a straightforward battle between SVOD services, the situation has fragmented into smaller, more distinct lanes of competition. It’s exhausting to keep up with.

Amazon boasts a handful of hidden advantages that help separate it from the crowded crop of streamers, Offenberg notes. These include personalized on-platform marketing efforts that extend to all of Amazon’s online territory as opposed to just the Prime Video function. It also includes Amazon Web Services (AWS), which is the backbone of Netflix, Disney+ and practically every other SVOD service. When you access rival streaming websites, scroll through the library options, right up until the instant you press play everything you’re doing is on AWS, which generates billions of dollars for Amazon. Squeezing the competition out of existence isn’t necessarily a profitable move for Amazon.

What does the future hold for Amazon Prime Video?

But not even Amazon’s obvious and hidden advantages can protect it from the Department of Justice. The U.S. government and governments around the world are worried about Amazon’s monopoly power. If Amazon were to ever be broken up into several smaller companies, it would be difficult to see how Prime Video could continue to exist in such a disruption.

“I’d say it’s 50/50 that Amazon is broken up in the next 10 years,” Offenberg said. “It’s clearly a monopoly power in certain market and it is the government’s responsibility to breakup monopolies. The EU is more aggressive than the U.S. in this regard. Ultimately, they try to strike a balance between breaking up monopolies and allowing them to continue while they still can innovate, which creates value in the economy. At some point, the balance will tip and Amazon’s ability to innovate will no longer be more valuable than the threat of its monopoly.”

If Amazon Prime Video ceased to exist, its library would likely hit the open market, which is equivalent to the NBA’s LeBron James and Kevin Durant entering free agency at the same time. If Quibi’s lackluster library drew significant interest, ultimately being acquired by Roku, one can imagine the rat race to claim Amazon’s top tier titles.

Amazon has the biggest content collection of all SVOD services thanks to licensed titles, so how these would be re-allocated depending on the length of the licensing contracts would be very interesting. But between outside titles that remained under contract and would need to be more disruptively broken off and Amazon’s considerable roster of originals, it could potentially be the most aggressive feeding frenzy in SVOD history. 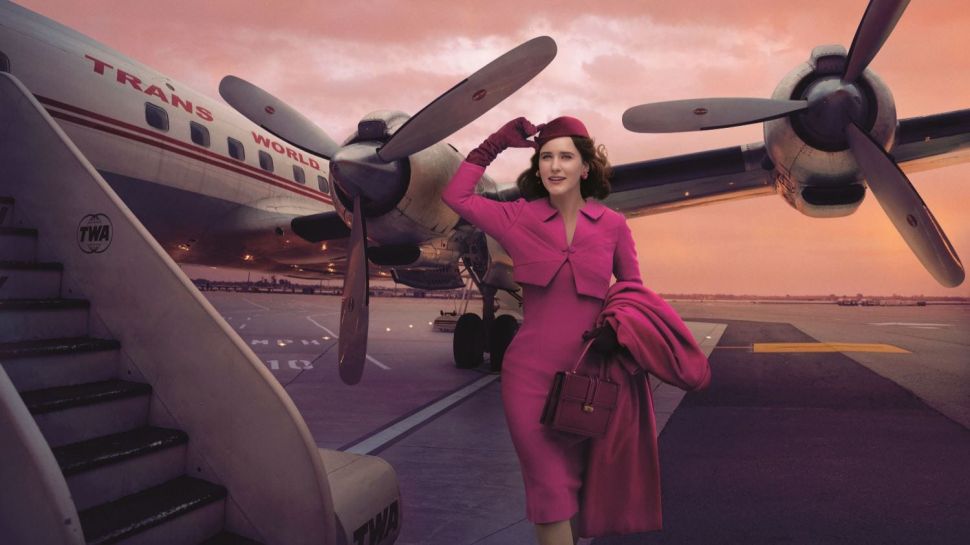