Although it feels like a lifetime ago, it was in 2018 that the world was first introduced to Anna Delvey, real name Anna Sorokin, in an explosive New York magazine feature detailing her extensive, elaborate and ultimately unsuccessful scams amongst New York City’s arts and culture elite. In 2019, Sorokin was found guilty of theft of services, second-degree grand larceny and first-degree grand larceny, and she was sentenced to four to 12 years in prison. Now, however, those fascinated by the ongoing story of a woman who once passed herself off as a German heiress will be interested to hear that Sorokin has been released early from prison on parole.

According to new reports, Sorokin was sprung from the Albion Correctional Facility in upstate New York on Thursday after serving part of her sentence, some of which was spent on Rikers Island. According to the New York State Department of Corrections, Sorokin was released early due to good behavior. The would-be heiress has also reportedly already paid restitution to her victims totaling $320,000 with the money she received from Netflix; the streaming platform is producing a limited series about Sorokin’s exploits titled Inventing Anna.

True to form, Sorokin has already rejoined Twitter and Instagram since being released from prison, and has since posted enigmatic dispatches for her tens of thousands of followers. “Prison is so exhausting, you wouldn’t know,” she wrote in an Instagram caption. In the image, she’s lying in a white fluffy bed with sunglasses on, looking entirely like a celebrity catching up on her rest at a fancy resort in Morocco. Not bad for the person whose notorious downfall was her failure to drum up the funds for the Anna Delvey Foundation, a “dynamic visual-arts center” featuring art exhibits, pop-up shops and a juice bar. 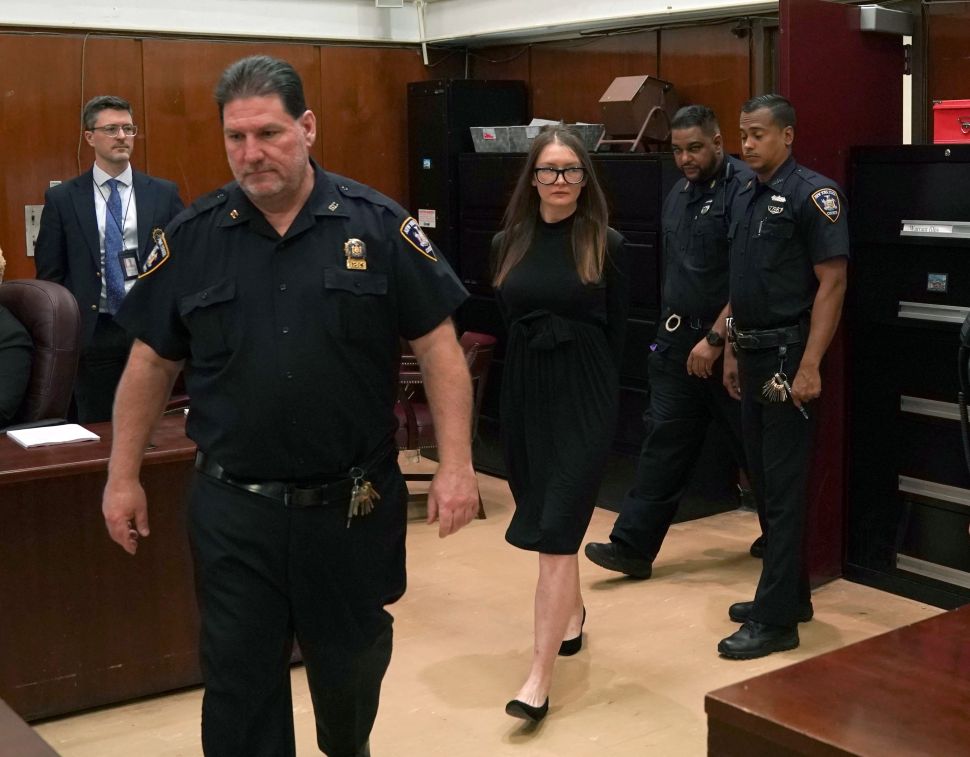