Ballet has always had a complicated relationship with gender. In the classical roles we watch on stage, men play princes and heartbreakers who leap high in the air and take up entire stages with large, masculine steps. Women play tragic characters: swans who die, village girls who go mad from heartbreak caused by said heartbreaking princes. Their steps are light, quick, and on their toes in satin shoes. And, though created hundreds of years ago, these templates of traditionally gendered classical roles still inform how young dancers are trained. Boys are taught to jump, turn, and lift girls above their heads. Girls are taught more spritely, elegant steps, and around the age of 12 or 13, they go on pointe.

Classical ballet is notoriously slow to greet modernity, but with Gen Z now reaching professional age, ballet companies and schools may soon be forced to reckon with the demands of this unapologetically diverse generation.

Ashton Edwards is one such young dancer challenging the rigid gender norms of the art form. In their second year as a Professional Division student at the Pacific Northwest Ballet, Edwards, who uses she/he/they pronouns, is training in both pointe and in men’s classes, with hopes for a completely gender fluid career in their future.

Observer: Tell me about how you got your start in ballet.
Ashton Edwards: I started when I was four years old back in Flint, Michigan, where I’m from. We had field trips through my school, it was called Super Saturdays where local public schools would get to try all the different arts – instruments, acting and dancing –  and if you had some talent, you would get a scholarship. So I went to the school of performing arts starting at age four, started doing strictly ballet when I was 6, and then I got very serious about it at 14 when I went to my first summer intensive. I went to PNB’s summer intensive in 2019, then I became a PD when I was 16 for the following year.

Had you done any pointe before you got to PNB?
I just started a few months ago, actually. I borrowed some shoes from my friends. A few friends my age had fallen out of love with dance and had all these old pointe shoes laying around, so they gave them to me. Then over the summer and through quarantine, I was just trying different things with them, learning steps from all my favorite ballets. And then I reevaluated my life – what I wanted to be, who I wanted to be and what I wanted to do with my career. I couldn’t find a reason why I couldn’t dance all the roles I wanted to dance. Male and female.

Wow, from what I’ve seen it looks like you’ve been wearing pointe shoes for years – how many months exactly has it been?
I remember, because I was taking a lot of photos at the time. It’s been since March 20th of last year.

That’s incredible. How did it feel putting on that first pair, what was the adjustment period like?
When I started actually dancing with them, it became more natural. But at first, putting them on and just standing on toe, I would always just say it doesn’t feel like ballet, it felt like a circus act. Like I was on stilts.

Starting out, I connected with a lot of different dancers – so I got to know a lot of PNB company members. Just talking to them and my friends about pointe work was really helpful and I got a lot of insight on the technique and training that I needed. I studied a lot, working every day, sometimes twice a day, just to make it feel more natural and to catch up to a professional level.

I should add that I trained with women at my old studio, up until I was 16. I had mostly female teachers who really honed in on my basic technique. Everything technical that they taught me balanced my training overall, so the transition to pointework wasn’t so drastic.

How did you initiate that conversation, to officially join pointe classes at PNB?
Luckily PNB’s Artistic Director, Peter Boal, and PNB School’s Administrative Director, Denise Bolstad, are really accessible to the students. I shot them an email about how I was interested and that I wanted to see what was possible. And from there the conversation started. They started me in a Level 8 class to see how I would do, but now I’m going into a more hybrid schedule where every other day is a PD men’s day and then a PD women’s day. Quote-unquote “women” and “men”.

You must be totally exhausted, sounds like double the work.
With our schedule, since we’re not performing and rehearsing with the company… well, actually I am so exhausted, ha. We now have three classes a day – normally it’d be two, a technique class and a men’s class or, for women, pointe class or variations. Now we have a third class, so a second technique, variations, choreography, or modern class. It’s the same amount of work, just different every day. So the men have a couple of men’s classes a week and the women have a couple of pointe classes a week. I’m just getting more of both.

So you started with your friend’s pointe shoes, have you bought your own shoes since then? I’m sure you must be going through a pair a week at least.
Oh yeah. I had my first fitting in August when I started training officially. Since then, I’ve gone through quite a few. I’ve yet to find my perfect pair – I don’t think I will until I join a company and can customize them. I’ve come pretty close though. It’s been interesting, mostly with the width of the shoe. I also have unique feet – they’re really flat when they’re on the ground but when I go on point they shrink an entire size from a 7 to a 6. So it’s been interesting to find a shoe that isn’t too baggy or too tight.

How are you taking care of your feet these days after your pointe classes?
I ice every day. Then an Epsom salt bath, a hot shower, a heating pad, then I’ll stretch and roll out and do some foot massages. It’s not just the pointe work, it’s also the men’s jumps and pirouettes and everything – I have to try and maintain my body as much as I can.

Have you felt that your pointe training has affected other areas of your dancing?
I feel a lot stronger in every sense, actually. In general, my fifth position and my turnout feels stronger. I feel a lot more technical and more mindful in my dancing, it’s made me a lot more aware of everything. I would recommend everyone to try pointe and for women to try men’s training. It’s made me a more well-rounded dancer.

Looking to the future, I know you’re in the midst of that stressful crunch time of company auditions, how do you see pointework incorporating itself into your career?
I hope this will become more of a normal thing. Right now, auditions are the trickiest part, because normally women do the women’s steps and then the guys come onto the floor to do the guys’ steps. It’s a conversation, a dialogue I need to have with each director that comes in to audition us. And as for what I would want my career to look like, I want to do everything – male and female roles. It’s different for everyone, I know some born-male dancers who only want to do female roles. It should be up to everyone what they want to do, but I know that I want to do everything. That’s become a big priority in my career. I would be open to only doing male roles but it’s just not what I really want.

It sounds like it would be such an asset to a director to have someone who can be thrown into any role, regardless of gender.
I think it also adds to choreography and opportunities for new ballets. I think it could really bring ballet to our time – what people are and what our generation is becoming.

Do you feel a shift happening in ballet towards more gender-fluid casting?
It’s not happening quickly. Not nearly as fast as I would like or as fast as our world is changing. But I think minds are opening. I’m really proud to be a gay man and I see members of the queer community opening their own companies and making their own opportunities, but in your traditional classical company you still don’t really see it happening. But I’m feeling hopeful for the future. 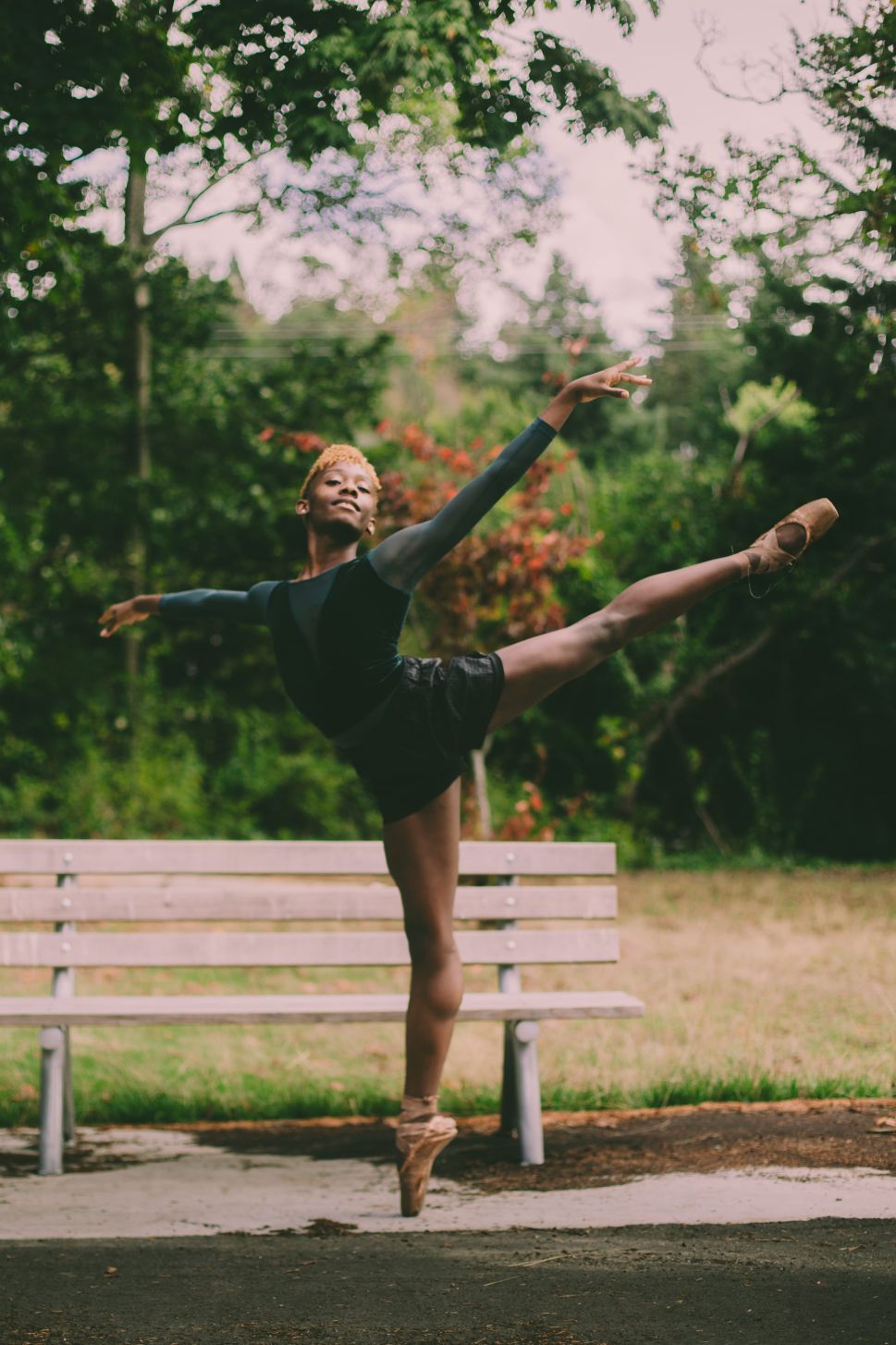