Last December, an artist who goes by the name “Beeple” made headlines when he set a new record for the most valuable artwork auctioned off Nifty Gateway, a marketplace for limited-edition digital items. Beeple sold 20 artworks for a total of over $3.5 million, catching the attention of those who might not previously have known about the existence of NFTs, or Non-Fungible Tokens. While just a few years ago blockchain-based art might have been considered niche, a recent development proves this is no longer the case: on Tuesday, Christie’s announced an upcoming auction featuring thousands of images created by Beeple that have been compiled into a single composition.

The auction, entitled “Everydays – The First 5000 Days,” is online-only and will be open for bids from February 25th through March 11. Indicating Christie’s interest in pushing the envelope when it comes to offering their collectors novel items, this sale marks the first time that a Non-Fungible Token based work of art has ever been offered for sale by a major auction house. Each individual NFT is also encrypted with the artist’s signature, so potential buyers can be assured that the artwork file will include details about the work’s creation that will ensure its ongoing value.

Christie’s has no estimation of how much the work will sell for, but the bidding will begin at $100. “I think this is a truly historic moment not just for digital art, but for the entire fine art world,” Beeple said in a statement. “The technology is now at a place with the blockchain to be able to prove ownership and have true scarcity with digital artwork so I think we are going to see an explosion of not only new artwork, but also new collectors and I am very honored to be a part of this movement.” 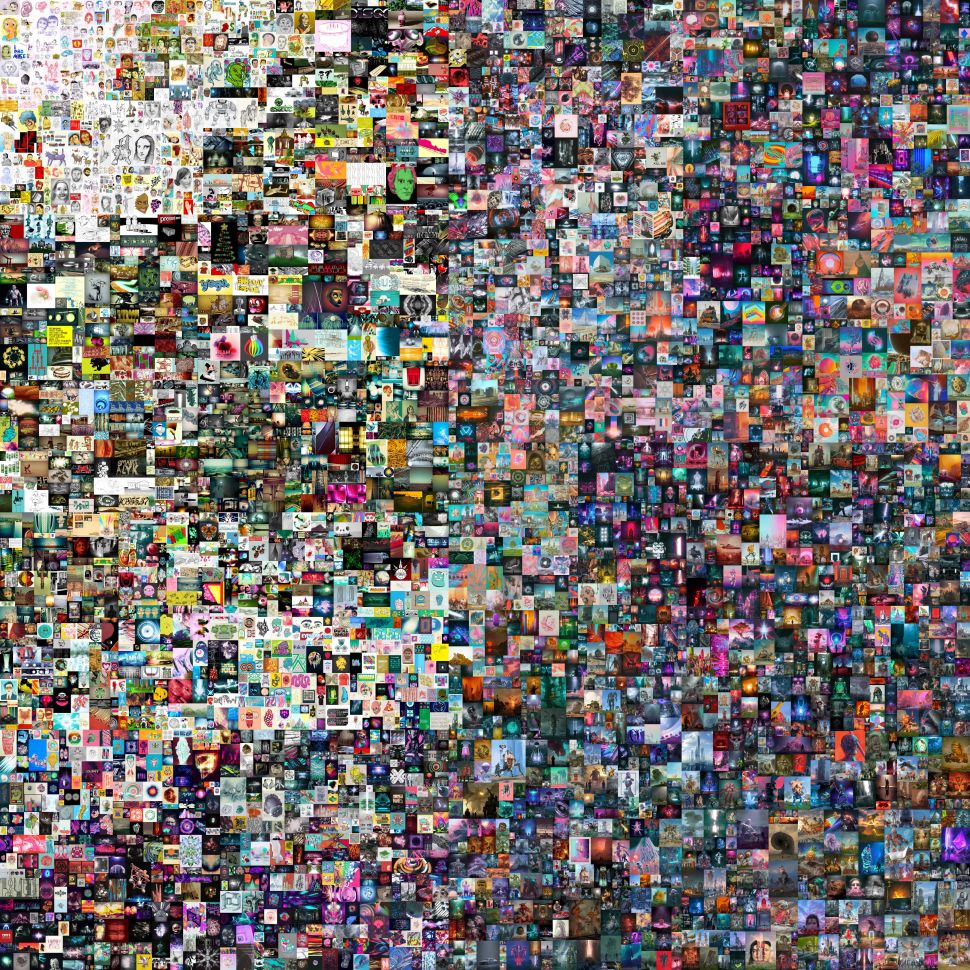