There are no upsides to the pandemic; let’s start there. Nevertheless, the amount of planning that’s now required if you want to visit a museum or gallery in the New York area adds an interesting strain of intentionality to the activity; gone (temporarily) are the days of wandering into the Whitney Museum of American Art on a whim. With this in mind, we’ve compiled the five ongoing exhibitions currently worth making appointments and double-masking for. For Carl Craig at Dia Beacon, you’ll have to be willing to take a long train ride upstate, but trust us: the immersive techno soundscape and pulsing lights are the closest thing we have right now to feeling like we’re in a club.

“The Ecology of Visibility,” Anonymous Gallery

For this group exhibition, Anonymous, a small gallery that’s been dedicated to hosting ambitious projects since 2008, is highlighting questions about the merits associated with representation. Artist Frank Benson’s Castaway sculpture meets the viewer’s gaze with disarming intent, while Lutz Bacher’s Untitled video uncomfortably attracts attention via an hour’s worth of footage of the legs and crotch belonging to her former gallerist. The exhibition is open through March 1st, 2021.

It’s no secret that David Hockney, the painter known for recently breaking the record for the highest price ever paid at an auction for a work by a living artist, has spent the last couple of years getting super into making art on his iPad; his recent, iPad-generated cover for the New Yorker drew a decent amount of blowback. However, on February 22nd, Richard Gray New York is launching a show focused on Hockney’s renderings of Normandy, France, where he keeps a studio. Whatever artistic tools Hockney chooses to express himself, his sensitivity and intent always shines through.

Kapp Kapp has been consistently launching trip-worthy exhibitions during the pandemic — the most recent one being Luke O’Halloran’s “Dealing” — and now, the gallery is showcasing the work of Tsai-Ling Tseng, a Taiwanese artist whose anthropomorphic, cheerfully grotesque figures vividly illustrate a fascinating emotional landscape. Appointments can be booked via the gallery’s website.

Since it currently feels like the United States has fallen into what could only be described as a hellmouth, John Russell’s Well, a 2021 digital vinyl print that makes the floor of Bridget Donahue gallery appear as though a satanic portal has been ripped open, doesn’t feel like too much of a stretch. Russell’s vision of damnation includes ghostly handprints, writhing, snakelike cables, and a mysteriously dark substance that looks like volcanic ash.

The only time in the last year I’ve felt even the fraction of the sensation of what it feels like to be on a darkened dance floor was at Carl Craig’s Party/After-Party, the immersive installation which will be occupying the basement floor of Dia Beacon through the summer of 2021. Pulsing, atmospheric beats and echoing whispers envelop you like a substance while a complicated lighting sequence flickers, making you feel as though it’s 6 a.m. at Nowadays and the blinds are about to be lifted, inch by inch. 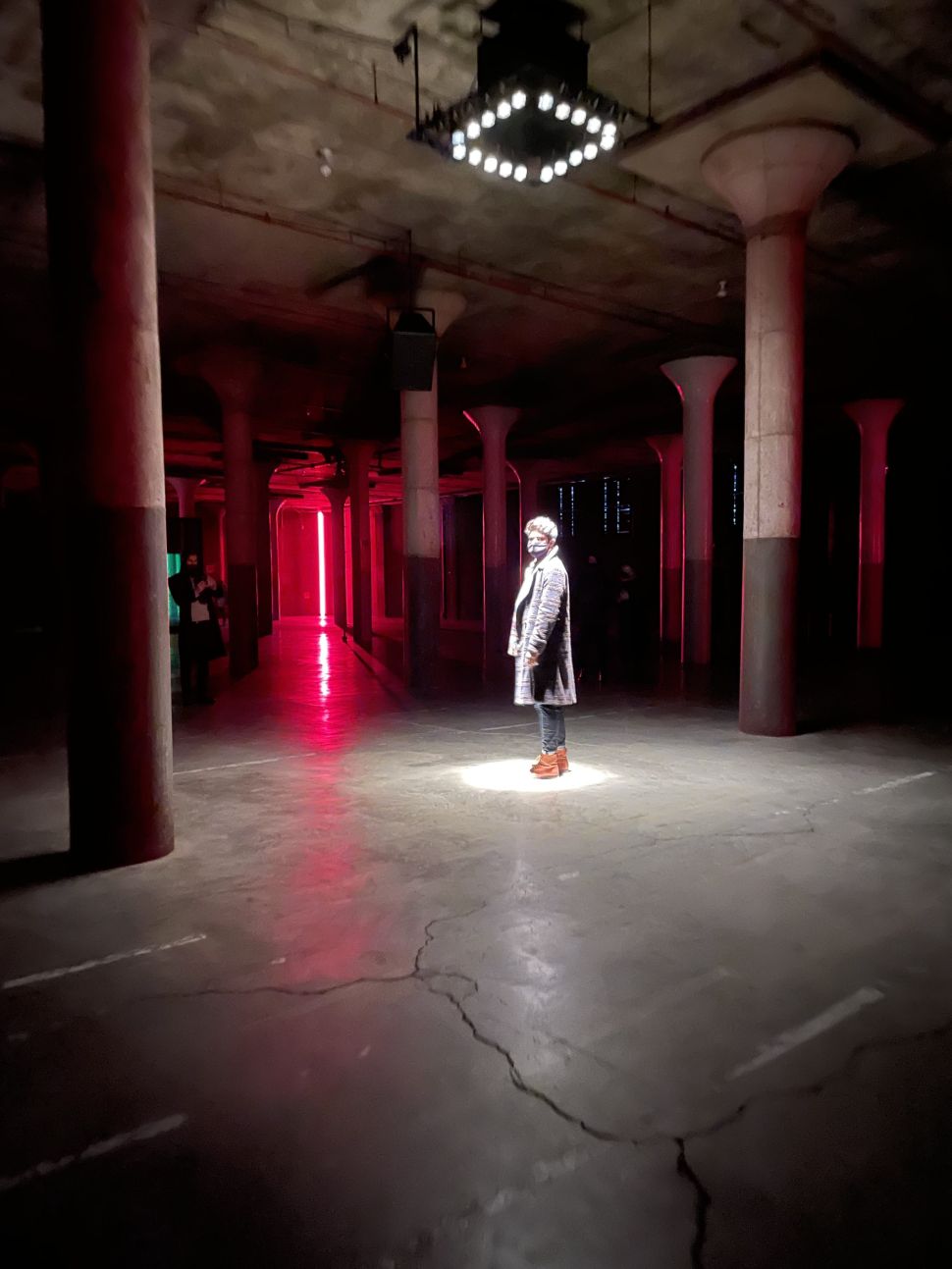