Earlier this month, r/wallstreetbets, the iconoclastic poster-investors behind the GameStonk saga, came for marijuana.

For about a day, retail investors egged on by the internet pumped shares in certain publicly traded cannabis companies—most of which had been shorted by Wall Street hedge funds, r/wallstreetbets’s mortal enemies—to double in value, before crashing back to their original prices by the time markets closed Friday.

The timing was almost certainly coincidental, but the brief rise-and-crash cycle of “WeedStonks” managed to conceal the real action in cannabis last week.

Big Weed is getting even bigger, with direct assistance from lawmakers and policymakers, who have legalized cannabis in a way that, deliberate or not, all but ensures commercial cannabis is a playground for big companies, with big pots of money.

“The era of big cannabis is almost unavoidable, because of the regulatory complexities, and because the fixed costs of business are so high,” said Sanjay Tolia, founder and managing director of Bengal Capital, a Southern California-based cannabis-focused investment fund.

Regulatory complexities include restrictive and often confusing limits on who can grow and sell cannabis. Many states that now have booming cannabis industries are home to companies that have grown into multi-state operators also restrict the number of sales or cultivation licenses they issue. This has helped guarantee that competition for these limited state-granted permits is fierce and expensive.

See Also: Scare Tactics Used Against Marijuana Legalization Have All Gone Up In Smoke

Fees for these licenses run in the tens of thousands of dollars or more; other compliance costs raise the barrier for entry into the weed market even further. Any existing small businesses are faced with a choice: try and compete in an uneven landscape or cash out while they can and be swallowed up.

Add in the arrival of institutional capital into a landscape built for big players, and Big Weed’s hold on the industry seems cemented further.

On Feb. 9, the day shares in Tilray and other mostly Canadian cannabis companies began to inflate, Green Thumb Industries—a Chicago-based company with dispensaries in New Jersey and Florida—announced that it had secured a $100 million investment, from an unnamed institutional investor.

$100 million is a big buy-in. And depending on exactly who the institutional investor was—an investment bank? A pension fund?—the news could become even bigger.

Either way, Green Thumb’s cash raise was tiny compared to the enormous bets already made in marijuana by some of the globe’s biggest companies, who are wagering they can dominate cannabis in the same way a few big brands control the majority of the market in sin industries.

Altria, a global tobacco giant and the parent company of Marlboro cigarettes and other prominent brands, followed up $1.8 billion investment in Cronos Group, a major Canadian cannabis company, with a lobbying blitz in Congress and acquisition of patented cannabis technology. (Other tobacco companies are due to follow suit: British American Tobacco this week said that it, too, was considering a move into cannabis.) Constellation Brands, the owner of Corona beer and other alcohol properties, has spent more than $4 billion to buy a nearly 40 percent stake in Canopy Growth, one of the Canadian securities targeted during the WeedStonk flurry.

Other industries have followed similar cycles: a precipitous rise, followed by a “Darwin phase” when smaller competitors who cannot survive fold or are consumed by ever-bigger survivors.

And given a foothold, Big Weed is applying pressure through the old institutional channels—the same ones worked for generations by other big industries including the alcohol and tobacco companies already in the space—to solidify its grip.

On Feb. 8, a new “advocacy” coalition called the United States Cannabis Council announced that it would begin lobbying lawmakers on Capitol Hill.

Its founding members, as Politico observed, include “some of the country’s biggest marijuana companies,” including Cronos Group and Canopy Growth, the companies invested in by Altria and Constellation Brands. These companies will all be lobbying a Congress that says it wants to legalize cannabis. There’s little doubt that Big Weed will be lobbying for Big Weed to keep what inroads it’s already made.

Some analysts, including Bengal Capital’s Tolia, don’t believe that Big Weed was necessarily the goal by design when legalization first began.

However, when policymakers sat down to figure out how to regulate cannabis, they erred on the side of strict rules—that favor big players.

“I don’t think it was purposeful,” he said. Faced with a choice between chaos and control, “They just chose the lesser of two evils,” Tolia said. And in the United States, control is a friendly environment for big business, which has the majority stake in just about everything else: big-box retail, banking, media consolidation, you name it.

Add marijuana to the list of “bigs.” Institutional money is in legalized cannabis, and that capital is working political and regulatory institutions. Big Weed is here, and it’s here to stay. 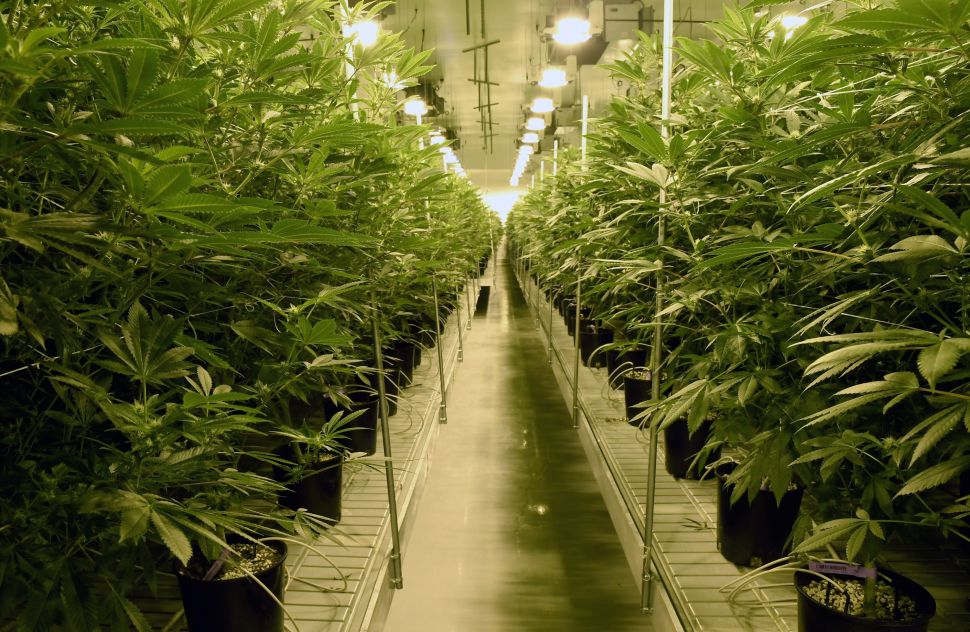