Just like the J.J. Abrams sweepstakes of 2019, the looming potential free agency of filmmaker Christopher Nolan has the potential to spark a massive bidding war throughout Hollywood. The critically acclaimed filmmaker is the rare director who can marry blockbuster spectacle with layered thematic complexity while powering a film to major box office success on name power alone. From the game-changing Dark Knight trilogy to high profile originals such as Inception and Dunkirk, Nolan has become a branded universe unto himself. Now, his services are likely hitting the open market.

After spending the majority of his career with Warner Bros., including last summer’s tumultuous Tenet release, the seemingly idyllic match are heading for a split. Nolan pulled no punches after the company announced its entire 2021 theatrical slate would also open on HBO Max, calling it the “worst streaming service” while ripping into WarnerMedia leadership. Then, last month, the Wall Street Journal reported that it was unlikely the Oscar-nominated director would release his next film with WB.

Since 2005’s Batman Begins, Nolan’s films as a director and producer have grossed more than $5.6 billion at the worldwide box office. Dunkirk was nominated for eight Academy Awards. He’s about to become the most highly sought after commodity in Hollywood.

“It’s a rare opportunity with such an artistically and culturally relevant creator,” Matthew Bakal, Lionsgate’s former executive vice president of business development and corporate strategy and co-founder of Atom Tickets, told Observer. “The public knows who Christopher Nolan is. He’s such a marquee name and creates such marquee IP that several studios will be vying for him.”

Abrams’ $500 million deal with WarnerMedia is likely the closest contemporary comparison, yet his production company Bad Robot has deep routes in television as well. Though expansion could always be on the horizon, Nolan and Emma Thomas’ production banner, Syncopy, is mostly connected to film. Regardless, any potential overall deal is sure to break the bank. Before we examine potential landing spots, let’s first consider what Nolan might be looking for as he explores a new cinematic home.

Based on his consistent theater-first stance, it’s safe to assume that Nolan will demand exclusive wide theatrical releases on a global scale. That translates to a traditional 60-90 day run in movie theaters (whenever they return) before moving on to various other windowed releases via at-home platforms, which Nolan will also likely have a say in. A studio will need to provide him with free rein, including final cut and control over how his films are presented and distributed. Then, there’s the actual foundation of his films and how he profits from them.

“It’s also fundamentally about contracts to the extent that he’s trying to get a back-end in a world where who knows how films might get distributed,” Offenberg said. The back-end relates to profit participation, or bonuses based on financial performance. For example, Nolan was reportedly set to receive 20% of Tenet‘s first dollar gross, which means he would receive a percentage of the box office revenue beginning with the film’s release rather than when the movie finally turns a profit, which is more common. In a film industry besieged by the coronavirus pandemic, it’s unclear how such deals will be structured moving forward. Nolan’s agency, WME, will need to build in creative language to protect against all manner of unforeseen factors in the future. Regardless, Nolan may have the opportunity to set a new standard for upper-echelon creators.

“Whatever his deal is going to be is going to be unique to him as a headline artist,” Bakal told Observer. “He has the ability to define the release power of his filmmaking, putting him in a rare position. What may tip the scale at the end of the day is the relationship with the studio. Making sure he’s a trusted member of the creative team and the studio’s inner circle.”

Where Will Christopher Nolan Land?

Apple is pairing with Paramount for Martin Scorsese’s $200 million Killers of the Flower Moon, so it’s possible they could insert themselves into the running with a similar hybrid deal. Amazon has shown a willingness to commit to traditional theatrical windows in the past. Netflix has yet to reach an agreement with exhibitors for a standard wide release. Despite the increasing prevalence of streaming, it is widely expected that Nolan will land with a traditional movie studio.

Currently, there are six major linear film studios: Disney, Warner Bros., Universal, Sony, Paramount and Lionsgate. If we’re feeling generous, we can also throw MGM into the mix. All of them have robust enough distributions for movie theaters and subsequent windows to make a play for Nolan. But extenuating circumstances will eliminate several candidates.

Though remaining at WB likely makes the most sense on paper, it doesn’t appear as if the two sides are going to kiss and make up any time soon, so they’re out. Lionsgate masterminded The Hunger Games franchise, but there is skepticism as to whether or not they can consistently afford the budgets Nolan would demand. Disney is a possibility, but it’s highly doubtful the Mouse House will invest significant resources into its 20th Century division, where Nolan would ultimately work, after deemphasizing the studio following the Fox acquisition. That leaves Sony, Universal and Paramount.

“His quest for complete control will likely take him away from streaming-friendly studios like WB and Disney in the future, and align him with outliers like Paramount or Sony, which don’t rely on a streaming component…yet,” Jeff Bock, Senior Box Office Analyst at Exhibitor Relations, told Observer.

ViacomCBS is rebranding CBS All Access as Paramount+ this year, which will become a more active player in Paramount’s film strategy. Though Paramount distributed Nolan’s Interstellar in North America, their future leaves Sony as perhaps the only viable landing spot without a digital component.

“Given his track record, any studio in town will greet him with open arms,” Bock said. “However, buyer beware. You’ll be playing the movie-making game on his terms and by his rules. Quentin Tarantino seemed to fit in well at Sony, so it makes sense that they’ll offer him complete autonomy and their full support. Plus, Sony needs high-caliber content to stay competitive.”

For all the reasons Bock mentions, Sony makes a lot of sense. The commitment the studio recently made to Tarantino on the $90 million Once Upon a Time in Hollywood certainly helps position Sony as an auteur-friendly organization. But the last decade has brought unprecedented levels of consolidation to the entertainment industry. Underlying corporate concerns about the future placement of these companies, which have previously generated rumors all their own, may factor into Nolan’s decision making.

“Sony and Paramount are still likely to be acquired by someone as their chief libraries are really beneficial to streamers,” Offenberg said. “Selling Sony Entertainment is easier than acquiring ViacomCBS. The point being, between when Nolan signs a contract now and his next film releases in two or three years, one of these studios might be acquired. That changes the entire equation.”

Outside of Disney, which may or may not be interested, Universal is the only studio that compares to Warner Bros. in size and capability.

Offenberg and others Observer spoke to on background for this piece see Universal as the most likely landing spot of all. Universal is supported by massive parent conglomerate Comcast which provides the studio with significant resources. The infrastructure for tentpole theatrical releases on a global scale is already in place and the studio would be able to provide the sort of back-end deal Nolan is accustomed to.

Outside of Disney, which may or may not be interested given its streaming emphasis, Universal is the only studio that compares to Warner Bros. in size and capability. While Universal relies on the Jurassic World and the Fast & Furious franchises, the studio has mostly competed in Hollywood’s blockbuster explosion without the aid of superheroes and highly recognizable branded content. Instead, Universal has empowered unique filmmakers such as Jordan Peele to create original tales, which may appeal to Nolan’s sensibilities. With protections pre-negotiated, he would also ensure his films were not subject to Universal’s unique premium video on demand windowing deal with AMC and Cinemark.

Then again, it’s also worth considering how invested studios will be on what is sure to be an expensive overall deal in both raw dollar amount and the power given to Syncopy. “Flexibility and experimentation is really important right now,” Bakal said, noting how studios need to remain dynamic and fluid moving forward. Nolan’s rigid preferences may make that difficult, but a significant bidding war is expected nonetheless. 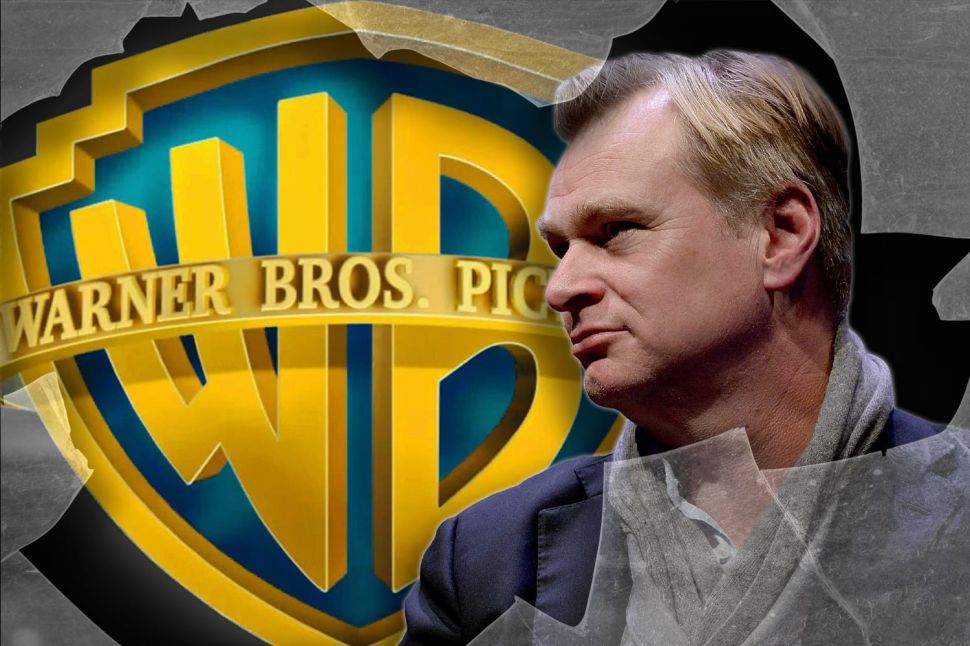