Destiny may have made a slight mix-up when plotting life’s course for Craig Brewer. The filmmaker was probably meant to be a musician in another reality with his deep love of musical theater, soul, and R&B. Somewhere along the way, though, he refocused his energy on film and television, but that melodic spirit never left him. A musical calling is at the heart of 2005’s Hustle & Flow, 2011’s Footloose remake and Fox’s Empire, which Brewer had a hand in writing, directing and producing. And the rhythms and flow of his most recent features, Dolemite Is My Name and the long-awaited Coming 2 America, fit nicely within that running motif.

Coming 2 America is a particularly musical movie with an energy and verve to match its winding path to reality. Thirty-three years, one global pandemic and two distribution studios later, the anticipated sequel arrives on Amazon Prime Video on March 5 (following a whopping $125 million deal).

Brewer recently chatted with Observer about how he managed to wrangle so many star-studded cameos, what it’s like working with the legendary Eddie Murphy, and why music is such an integral component of his films. And with comedy directors being snapped up left and right these days for major blockbusters, we were also curious which big-budget franchise sandbox he’d most like to play in.

Observer: Was there any trepidation in making a legacy sequel to a 33-year-old classic like Coming to America?
Brewer: There wasn’t any trepidation but I’d be a fool not to be a little terrified about the prospect of returning to Zamunda and doing anything that would tarnish people’s love of the original movie. But luckily I think me working on the remake of Footloose prepared me for that kind of fear. Some of what my job is to allow myself to be laid down on the tracks a little bit and get hit. But I think what I tried to do was keep everybody focused away from any negative thoughts about how daunting it can be to do a follow-up to Coming to America. So everyday I would just remind everybody, we’re really making a movie to celebrate the original. We’re not here trying to best it, we want to tell a story that people can enjoy seeing what Akeem is up to 30 years later.

That time jump is important because Akeem is attempting to navigate the challenges of parenthood and leadership and he’s more of a flawed figure than the hero he was in the original. Why was it important to reposition his character this way?
Well, the original movie you’re so rooting for Akeem because it is the immigrant experience, it’s him being the fish out of . It’s hard for him to be the fish out of in his own kingdom. And we felt that, yes it would be great to bring in a long lost son and his mother to be this agent of destruction with everything, but to some extent, it was also equally enriching to see Akeem dealing with the decision that he made in the first movie. And I think that one of the things that makes the movie kind of work being 30 years later is that we as an audience have changed as well. We’re not teenagers anymore. Like me, I’m a parent to teenagers. And so I can see why Akeem is making some of the decisions he’s making and I can relate to him.

You’ve now worked with Eddie Murphy on back-to-back films. At this point in his career, how does one actually direct a legend of his stature? Do you just yell action and let him go or do hard but collaborative conversations still need to happen throughout the course of making a film?
We really communicate by way of music. I know that sounds odd but I keep a lot of soul music, a lot of rhythm and blues playing on my set. Eddie shows up for rehearsal, he’s usually got his guitar in his hand, he’s kind of hitting some riffs. And I like kind of directing outwardly in. What I mean by that is just kind of discussing the day, not discussing the work at hand. And then getting into it. I think that, especially with Dolemite is My Name, we found that our rhythms kind of work. There are times when I’ll just go to his trailer, we’ll discuss the scene that we’re about to do, sometimes we change it up. But there’s a lot of trust, actually, between the two of us. It’s one of the honors of my life that I’ve gotten to direct him in two films because he does have a process. And his craft is serious, he’s not just winging it.

Speaking of music, from the soundtrack to the performances by Gladys Knight and Salt-N-Pepa, Coming 2 America is a very musical movie. What role do you see music playing in filmmaking?
Well, for me it’s very important. And I think it’s kind of interesting that I’m now talking about Coming to America because you know those early films of John Landis were very important to me. Like Blues Brothers is one of the most important movies of my life. Up until then I had heard Aretha Franklin and John Lee Hooker and James Brown but I had never seen them. And if you look at Hustle and Flow and you look at Black Snake Moan and obviously Footloose was one of those and even Dolemite is My Name, like music is something that is very important to me and it’s a tool that I use to tell stories.

You’ve also worked with Wesley Snipes in back-to-back films as well. He’s a guy who was always known as a badass action star who has now reinvented himself a bit with these larger than life comedic creations. How have you two worked together to develop these forceful, big personality characters?
There’s a lot of love, a lot of trust and I think what it is is that I really encouraged him to let his mind go and to create something. I didn’t know what he was going to do with [Dolemite Is My Name’s] D’Urville until I called action and I’ll never forget just looking at Mike Epps and Craig Robinson and Eddie watching him do that performance for the first time and we had to cut because everyone was laughing so much. But he still will come over to me and say “do I need to pull back?” and usually with the actors, they make fun of me because I’ll just come over and say like, “take a little butter off this toast, your toast is good as is.” They kind of know what I’m talking about. But Wesley is a great talent. I think that when people see him in this movie and in Dolemite they all think the same thing, they’re like “I loved that guy back in the day.” There are so many of his movies that are really entertaining but he’s also funny in those movies as well.

Coming 2 America is stacked with cameos from Morgan Freeman, Trevor Noah, Dikembe Mutombo, and musical acts as well. How do you recruit all these big names?
You basically say who would be best and then you call them up and say “we’re doing Coming 2 America” and they say absolutely. That’s really what it is. But it’s funny because we really had an opportunity to have a lot of cameos in it but we had to choose the right ones. You don’t want to be pulling attention away from the characters on the screen so much so I’m just happy that I got to work with John Amos, with James Earl Jones and Morgan Freeman all in one movie. When does that get to happen?

Then there are new cast members such as Leslie Jones and Tracy Morgan. With so many hilarious and talented people involved, is there anything memorable that unfortunately had to be cut?
You know, not a tremendous amount but yeah there are definitely some scenes. The issue that I guess that we would have is that you set out to make a movie, you want it to be funny but there’s a certain epicness about the story. It’s palace intrigue and all this kind of stuff in it. So there would be a few scenes that probably made it to the cutting room floor and numerous ad-libs and takes where we were just like “guys, we gotta choose one, let’s just do the best we can.”

After Dolemite, your name was thrown around on Film Twitter as a popular choice for a Marvel movie or another blockbuster type of feature. Is that anything you have any interest in and, if so, is there a particular property you’d like to play with?
I would obviously love to play in my original love which is Star Wars, I can’t help it. That’s just a universe I feel comfortable in. But the thing that I look back on my career with is that I’m really happy that I’ve been able to do a bunch of different types of movies and different sizes. I would love to do a big franchise movie at some point if it’s something that I think they would see that my particular type of vibe would create a good movie. But I’m open to anything. In the time that we got left right here, I would like to just make some meaningful movies and it’s been really great in the last two movies to entertain people and to really see people laugh and feel better at the end of the movie. 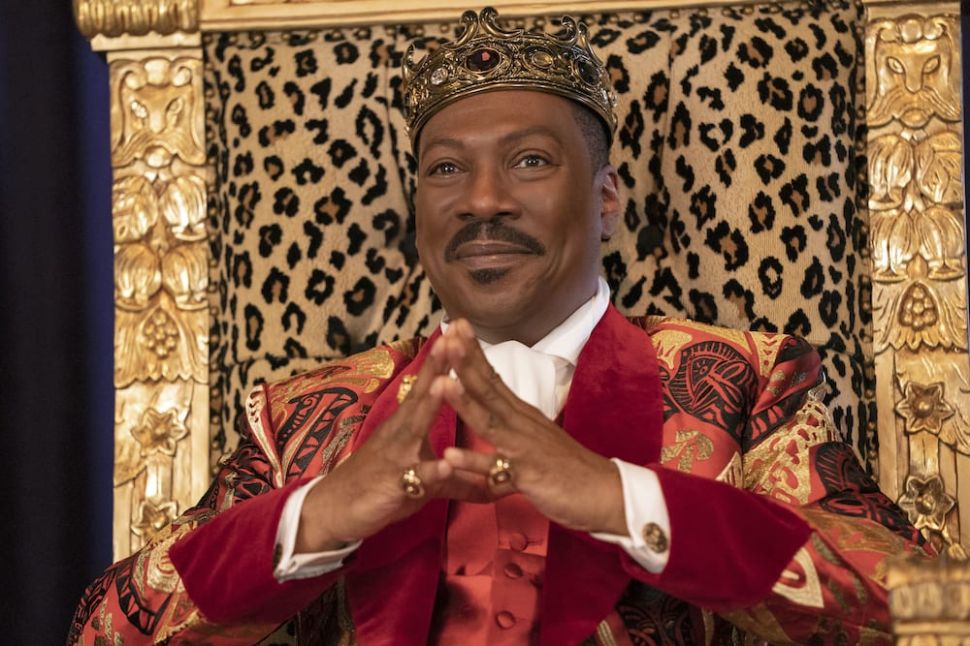