Similar to how your parents continually ask how they can stream Criminal Minds despite your repeated explanations, Hollywood is stuck in a repetitive cycle that it has no interest in breaking. Over the last decade, the entertainment industry has turned inward, intent on recycling its own libraries ad infinitum. Where once Hollywood was a champion of freshly minted originality (Pulp Fiction, Forrest Gump and The Lion King all came out in the same year!), the business model now revolves around selling and re-selling familiar concepts, brands, and properties. There’s a reason three different Batmen are going to be running across the big screen in 2022 alone.

So as the adage goes, if you can’t beat ’em, join ’em. Hollywood isn’t going to upend what works anytime soon, so we might as well push for projects we actually want to see. On that front, here are three TV revivals we hope happen one day.

Just because there’s already a crowded bandwagon doesn’t mean it isn’t a worthwhile cause. Community‘s famous goal of #SixSeasonsandaMovie is still very much in reach, with just the movie part to go. Last May, shortly after Community was added to Netflix and immediately garnered a fresh wave of audience love and attention, creator Dan Harmon fanned the flames of a revival.

“I mean, when you’re part of the Community family, you learn never to raise expectations, keep ‘em nice and low and then be pleasantly surprised. So I can say that there are conversations happening that people would want to be happening and that I’m very, very excited about the coming months.”

That month, the Community cast reunited for a virtual table read that also sparked social media chatter about a potential continuation. While there have yet to be any concrete updates since, momentum seems to be moving in the right direction.

With all due respect to the cathartic ugly cry-inducing This Is Us, Hannibal is easily the best drama series produced by broadcast television over the last decade. In fact, as boundary-pushing storytellers have migrated to the largely constraint-free grounds of cable and streaming, one could argue that Hannibal is the best broadcast drama since the early days of LOST. Yet everything that makes Hannibal compelling and unique—its singular visual language, the rich well of opaque symbolism, the queer undertones—also made it a ratings dud on the four quadrant-friendly NBC.

But, much like Community, Hannibal is in the midst of a cultural resurgence since its arrival on Netflix last year. The renewed interest has moved the needle on a potential continuation, according to star Mads Mikkelsen.

“The talks have been revitalized,” he said recently on the Happy Sad Confused podcast. “I don’t think you’d find a member of the cast that is still alive that would say, “No, thanks.’ We all enjoyed it tremendously.”

Sadly, creator Bryan Fuller has not been as optimistic in past comments.

“I wish there was something that was definitive,” Fuller told Collider last summer. “I’ve had conversations with Hugh and Mads and the cast, in terms of like, ‘This is what we would do if we were allowed to come back.’ There’s some ideas that I’m very excited about that continue the strange trajectory of season 3. But I have not been approached. I’ve knocked on every door and rang every bell.”

If only we could pull series creator James Cameron away from the ever-expanding Avatar franchise for a minute, maybe we could get him to throw some muscle behind a Dark Angel revival campaign. Originally airing from 2000-2002, Dark Angel was a Buffy-adjacent ass-kicking drama adorned with otherworldly elements.

Jessica Alba’s Max Guevara was a genetically enhanced soldier on the run from an apocalyptic event, shady government agencies, and a cyberpunk fashion trend. The series mixed a distinct visual aesthetic with some kinetic action all wrapped up in a conspiracy theorist’s fantasy. Given that the original series was set in 2019, we’d love to see the show return with updated context. 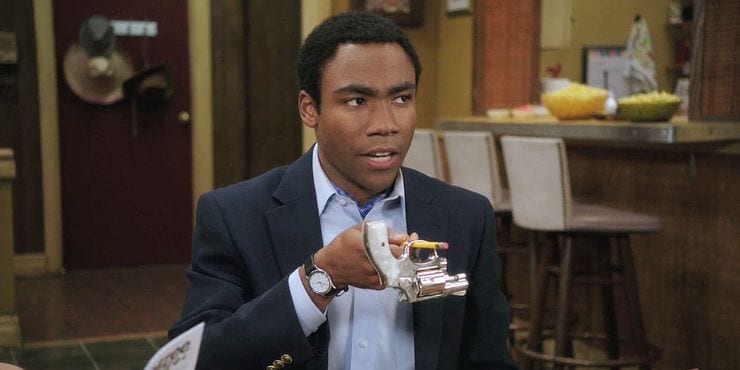