In his final years as an artist before his death, Cy Twombly was asked to complete a 350 square meter installation at the Salle des Bronzes wing of the Louvre, and the end result turned out to be a sweeping, abstract composition on a striking blue background that’s characteristic of Twombly’s bold, frequently surprising style. Now, however, the Art Newspaper is reporting that the Cy Twombly Foundation is incensed due to recent renovations to the gallery; these renovations apparently resulted in changes to the walls and to the objects that are displayed in the Salle des Bronzes wing which have an effect on how the Twombly ceiling looks.

As such, the Cy Twombly Foundation has apparently threatened the Louvre with legal action, and is very prepared to speak out on what they perceive to be a violation of their relationship. “The foundation was shocked to learn about [the gallery’s] recent redecoration,” Nicola del Roscio, the Cy Twombly Foundation’s chairman, told the Art Newspaper. “Taking as his starting point the white stone walls that reflect natural light, [Cy Twombly] conceived a ceiling that is a light floating canopy in subtle color. The deep red that has been introduced [to the walls] violates these harmonies and entirely destroys the balance of his sensitive and memorable installation.”

In response, Vincent Pomarède, the Louvre’s deputy managing director, stated that the museum wishes to communicate with the foundation in order to explain that the ceiling itself had not been altered. “The museum is a living body,” Pomarède said. “[The Louvre] made this explicit to Cy Twombly, as we do with every artist working with us. In the preamble of the contract [with Cy Twombly] it was made clear that the museography could change. How could it be otherwise?” Nevertheless, it is a potentially interesting distinction to be made in a legal setting, if indeed the foundation does pursue that option: if changes were made to the area surrounding a painted ceiling that have an effect on how the painting comes off, does that constitute an alteration to the painting itself? 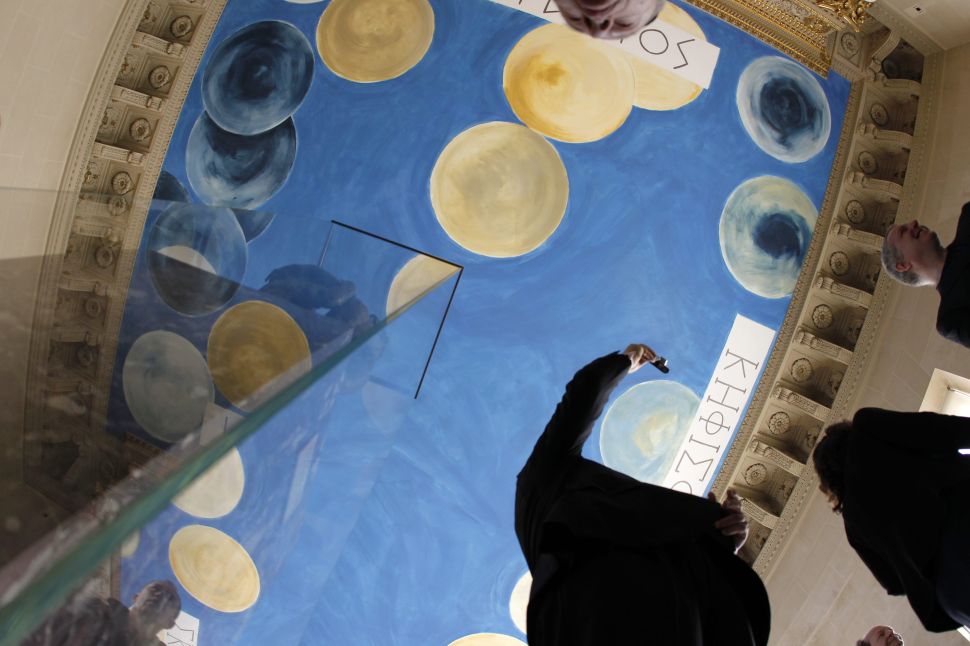