The concepts of grief and loss are well-explored through art history. Take Picasso’s Guernica for example, where he channeled the grief and anger he felt over the bombing and virtual obliteration by the Nazis in 1937 of the small Spanish village for which the painting is named. It comes as little surprise then that an artist producing work in the middle of a global pandemic might be grappling with mortality. Devendra Banhart, an internationally renowned musician and painter, is one such artist.

“The Grief I Have Caused You”, open at Nicodim Upstairs until March 20th, is Banhart’s first solo exhibition in Los Angeles. This is something he says is a “really big deal” for him personally, after gaining more recognition as a musical artist. “Music and art have run parallel throughout my career but the only time they’d meet was when I would paint an album cover,” he told Observer. “I haven’t really managed to have the art career that I always kind of wished I had in that, although I’ve been doing them both for a similar length of time.”

After losing two friends to COVID, Banhart found himself in a pattern of lengthy phone calls with others in his community looking for support. He would put these on speakerphone and started drawing portraits which then turned to paintings. “I was turning to paint to work through the fear and work through the grief that I could process,” he explained. “Since I couldn’t process it in some of the concrete ways that I would normally, like being able to go to a memorial. I saw how important it is for us to mourn collectively.”

During this time Banhart, like many of us, started to feel guilty for finding enjoyment in painting while “there’s so much suffering.” He worked to discover it’s okay to have fun, depersonalize his grief, and see beyond the grief to analyze the ways in which people have hurt him and the ways in which he has hurt others. “The thing is there always is tremendous suffering and tremendous uncertainty but it’s never been so collective and so global,” he says. “Suddenly there are only so many things to distract yourself with.” Banhart began painting the show at the beginning of lockdown last year and has just finished recently.

The result of this highly self-reflective and personal healing work takes shape as abstracted forms and shapes that are completely at peace in their absurdism. Eyes float in a non-hierarchical structure and objects like shoes and balls are woven within curved shapes and deep blues and purples. For an exhibition exploring grief during a time of despair, the work is joyously balanced, embracing grotesque figurations of comedy and tragedy. “The Grief I Have Caused You” captures the internal push-and-pull between grief and ecstasy, while deeply personal it’s universal.

“Nietzsche says ‘the snake which cannot cast its skin has to die’ and this shedding is uncomfortable and awful,” Banhart explains. “Art can be the vehicle towards that shedding.” He hopes viewers will walk away from the exhibition with just the slightest “cracking up,” as humor can be a counterpoint turning grief into joy. “Maybe it’s [the work] not a funny joke but it’s a joke and that’s always nice.”

As for Banhart’s own personal joy, he’s looking forward to focusing more on music in the near future, as painting inspires him to explore that medium and vice versa. He also says he wants to be the person who “talks to trees and plants more and always remembers the suffering of others.” Forever changed by this still ongoing period of collective grief, “The Grief I Have Caused You” is his gut-wrenching and life-altering processing on canvas, currently open to the Los Angeles public by appointment. 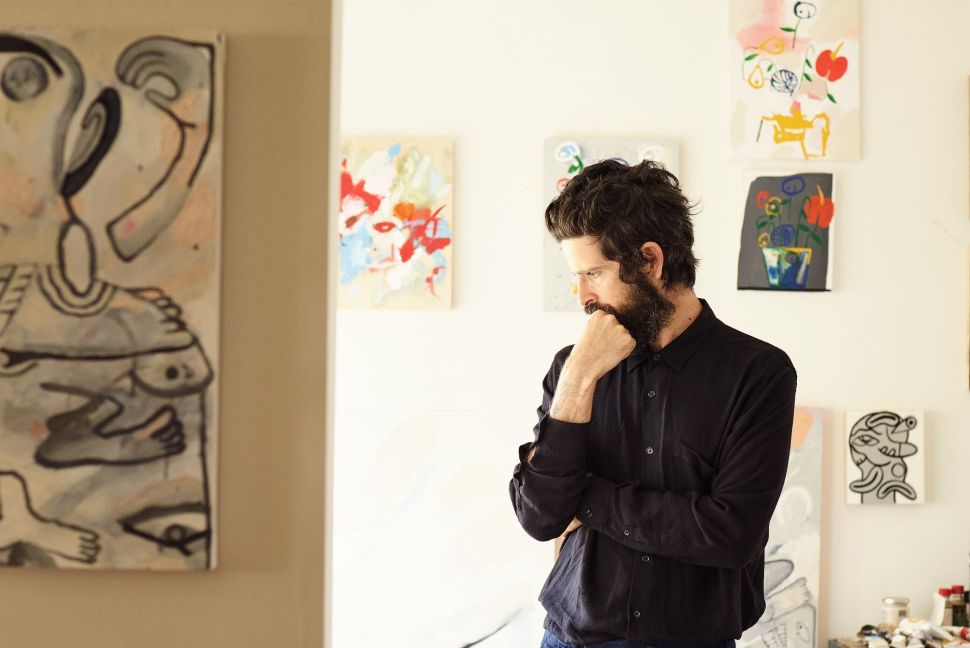